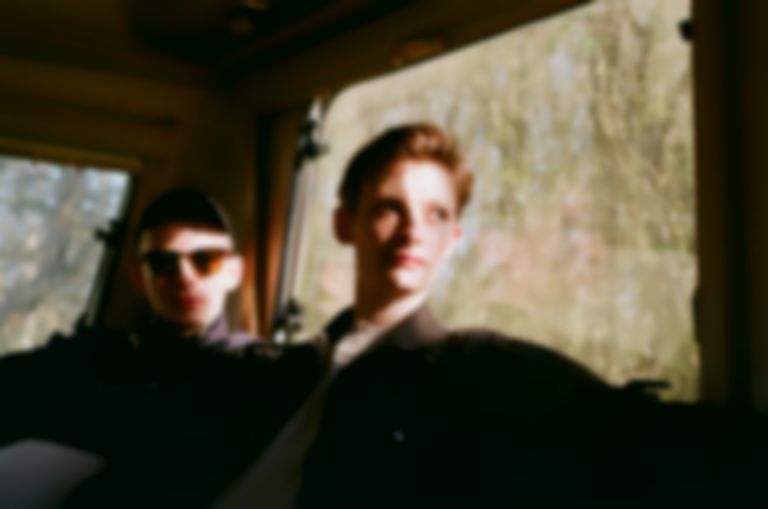 Released ahead of Cassels' new album The Perfect Ending, “The Leaking Ark” is a uniquely pointed portrayal of humankind’s treatment of the animal kingdom.

Bambi, Dumbo, Peppa Pig; while these are names widely recognised as referring to anthropomorphised versions of certain members of the animal kingdom, it’s probably unlikely they’ve been used too often to emphasise the manipulative side of our relationship with the world around us. Breathing character into the very beings we eat on our plate and mock for fun, that’s exactly however what Oxford two-piece Cassels do on “The Leaking Ark”.

A damning commentary, the track details both the shocking (“A bolt through the head, a leash around a neck/And dance for me on your hind legs”) and the largely accepted (“We gather round our plates/To mourn every morsel of microwave steak”) elements to the way we interact with other creatures. Unforgiving both in its stark messaging and the raw performances of the duo, brothers Jim (vocalist/guitarist) and Loz Beck (drummer), it reels with the frustration and disgust Cassels have developed so acutely over their two albums to date.

Talking about the forthcoming record, Jim Beck explains: “The title, The Perfect Ending, is my attempt to put a positive spin on the fact climate change is going to kill us all. I thought it would be interesting to try and write about environmental issues in a way that wasn't didactic or preachy, and didn't consist of me singing lines like “Mother Earth is dying, ooh yeah, we need to save the rainforests, man” while mournfully strumming a lute”.

“All of the tracks on the second half of the record are an attempt to approach the subject from various oblique and surreal angles. The title track, for example, is about all the plants deciding enough is enough and conspiring to wipe out humanity before we take them with us. For me, humanity being wiped off the face of the Earth is a happy ending (though we decided we couldn't call the album ‘The Happy Ending' due to the obvious connotations with seedy massage parlours...). If you reflect on our contribution to the planet as a whole, we totally deserve to die. We're the only species intelligent enough to realise we're killing ourselves and the world we inhabit, whilst simultaneously being too greedy to do anything about it”.

The Perfect Ending is due out 6 September. Find Cassels on Facebook.