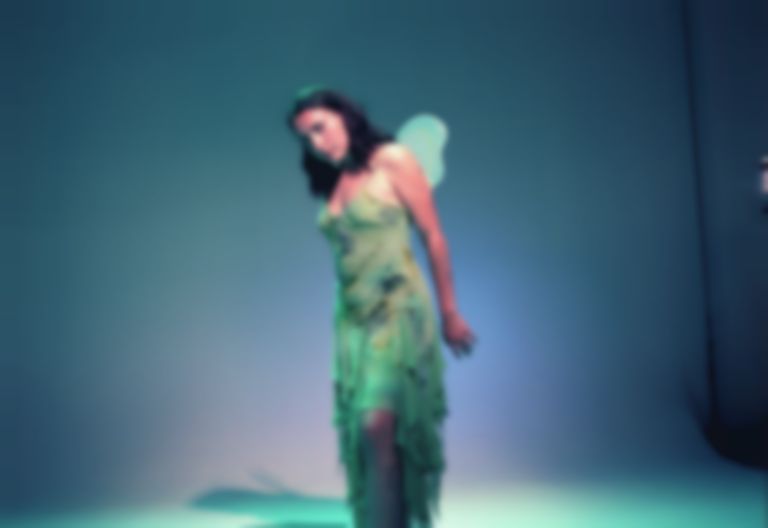 Arriving alongside her debut EP Through, rising indie starlet Carol Ades marks herself as a generational mouthpiece with title track “Through”.

Despite only having shared a handful of songs in the current year, each track by Carol Ades has been distinctively fascinating. Whether it be the Phoebe Waller-Bridge led television series Fleabag, filmmaker Greta Gerwig, or musical contemporaries like MUNA and Phoebe Bridgers, she looks to creatives across multimedia and pulls comparable tales into her defined lyricism.

With a prowess for penning hits, those not familiar with Ades’ personal discography will have likely crossed paths with her credits as a prolific songwriter. Born in New Jersey but based in Los Angeles, Ades has spent much of her career writing for Demi Lovato, Selena Gomez, Benny Blanco, and Ava Max.

Following success on The Voice USA and with solo releases under Caroline Pennell, Ades switched up the narrative with her debut single “I Can’t Wait To Be British”. The track explores a tormenting cycle of chasing empty milestones rather than working on self-worth from the inside. It’s a cutting yet relatable message, but one which marked Ades as having an emotional awareness that feels honed but never forced.

“Through” puts resilience at the fore. “I’m gonna cry if I want to / Stay up all night if I need to / I’m gonna die if I have to / The only way out is through” croons Ades as she audibly searches for a light at the end of the tunnel.

Traversing such emotions is by no means rare, but Ades swims these waters with a wash of nostalgic guitars and crescendo-ing pre-choruses that sets her up for a new beginning.

“This song is the result of my friend Hayley's beautiful genius wisdom during a breakup last year. I called her from London in November of 2020, having travelled there during the pandemic to win back an old relationship. It obviously didn't go to plan, and I was stuck in London during the lockdown,” Ades remembers.

“I was miserable and heartbroken and desperately needed a way to get through it. Hayley just kept reminding me over and over that even though it was painful... Pain moves and the only way out of it is through it. I clung to those words so tight, listened to it every day for a month until I felt stronger. Her advice and this song seriously saved me from going crazy during such a painful time.”

“The EP is about the hardest year of my life,” Ades continues, “and “Through” is the last song, but also the title track because it really encapsulates the feeling of being (almost) at the end of a hard thing. It's the glue of this EP because it's not just about getting through a breakup but about getting through any hard thing. I go to it all the time for reassurance that whenever I am feeling a hard thing the only way out is through and everything is okay with time.”

“Through” is out now alongside the debut EP Through. Find Carol Ades on Instagram.