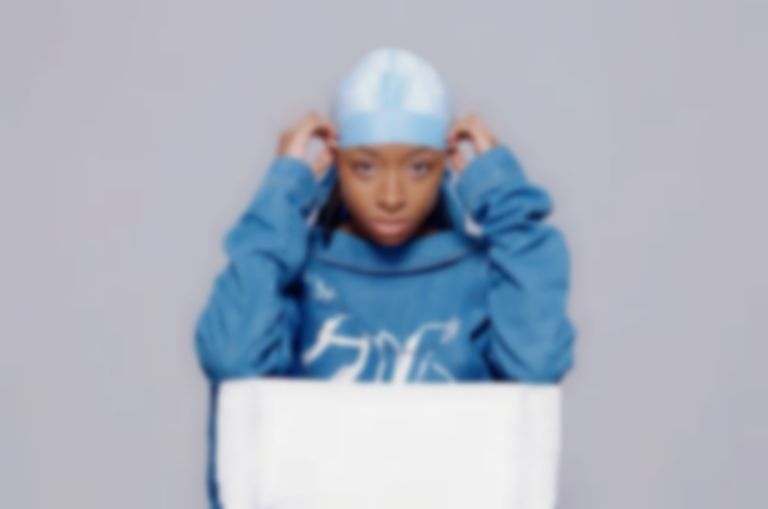 Undoubtedly one of the UK’s most exciting and fast-rising names on the rap scene, Luton-born BXKS is only just getting started. Utilising her half-Jamaican heritage as a tool for her interchanging MC techniques, BXKS chops and skews electronic tendencies to accompany her organic rapping skills.

With a rich heritage, BXKS grew up nose-deep in her parent's record collection. A self-professed “class clown” at school, she favoured creativity (art classes, animé) and sports (a former country sprinter), before trying her hand at being a musician.

While she learnt an array of instruments – from piano to cello to the guitar – her quick wit and flow came to the helm when being put on the spot to freestyle in a friend’s car. Soon, her talent and all-around charisma hit the mainstream as she became praised by the likes of Skepta while being scooped up the drill scene.

Upon honing her sound, BXKS released her debut mixtape Full Time Daydreamer which she labelled as “alternative grime”. Her recent release “Mean Amount” cemented her success even further – a charged track that sees BXKS glide over a slick Timberland-esque rhythm.

Crating an edgy-yet-considered rap sound, BXKS’s infectious vocal delivery and juddering trap beats are just some of the techniques in distinguishing her innovative work from most.

“321” sees her bounce back once more. Teaming up with Tottenham-based rapper Oscar #Worldpeace, together the pair craft a sonic vision with their nonchalant flow and looping beats. Featured as the fifth track on her second full-length project of the year, Hack The Planet, the track stomps from end to end.

“321 is very laid back riddim with not many lyrics produced by Ewhizz and featuring Oscar #Worldpeace. They both shelled it’s so I’m excited for the tune to touch roads,” comments BXKS.

Collaborator Oscar #Worldpeace continues “[I’m a] big fan of BXKS so when she asked me to jump on 321 it was a no brainer. Produced by my family E Whizz so it made it even more special. I can’t wait to perform this one.”

Having worked on the track’s accompanying music video with film director Jay Green, together they craft a shapeshifting visual, reflective of some of BXKS most favourable music videos - including that of So Solid Crew’s “21 Seconds” and the Sugababes’ “Round Round”.

Across the video, BXKS plays around with trippy visuals, flashing lights, and abstract camera viewpoints. Seen to be rapping inside a metal cage whilst others dance around both artists, “321” channels a sense of claustrophobia in the best possible way – reminding viewers of the pulsing energy that comes with an intimate live performance.

“For 321 I wanted to contribute to BXKS's clear Y2K aesthetic, taking cues from Blade, The Matrix and So Solid's - 21 Seconds to form this gritty visual,” shares Jay Green. “Presenting her and Oscar #Worldpeace in this abstracted and infinite caged world (I guess a kind of metaphor for how algorithmic and homogeneous society/art can be nowadays.) that they are trying to break out and ascend from as unique and talented underground artists.”

Released via Marathon Artists (Lava La Rue, Rachel Chinouriri), Hack The Planet sees BXKS harness her love for the open-ended worlds of grime and electronica. Across “321” BXKS and Oscar #Worldwide have designed a hypnogogic track drenched with edging visuals and smooth-as-butter vocal delivery; and it doesn’t disappoint.

"321" and the new project Hack The Planet are out now via Marathon Artists. Find BXKS on Instagram.