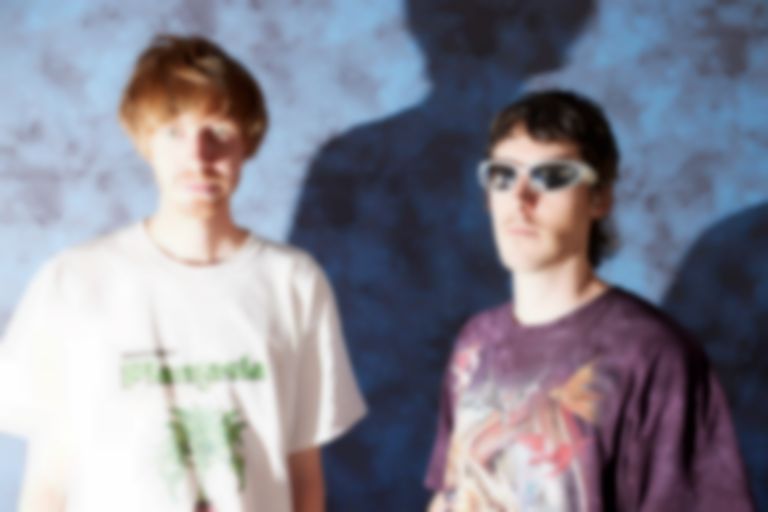 Jumping between London and Berlin, artist and production duo BLYNE take on upbeat bedroom-pop in their glossy new single “Randomness”.

Brought together by a shared passion for the abstract, off-the-wall electronics and production of Aphex Twin as well as the timeless pop styles and sonics of artists such as The Beatles, BLYNE were determined, from the very beginning of their career, to showcase their unique take on contemporary pop.

Ever since the release of their 2016 debut “Somewhere Without You”, BLYNE have taken a carefree approach to collaboration – working with artists including TYLER X CORDY, Melisa Whiskey, James Chatburn, and chuala, among others.

In 2018, they released their debut project, the 5-track This is Our First EP. Coated in elements of soul and RnB, as well as traditional electronic trappings, the project showcased the duo’s ability to thread elemental cornerstones of genres seamlessly, all the while imbuing an organic sense of timelessness and joy across its runtime.

In 2019, the pair released “Are You Real?” before taking a brief hiatus (the band describe it as a period of “inner metamorphosis”) which came to an end earlier this year with the effervescent “Genuine Love” - a track which marked the start of the band’s revaluation of their use of vocals within their work.

Up and running once more, “Randomness” continues BLYNE’s rise to the fore of European electro-pop. A short and sweet insight to their world, the track is layered with synths while lyrically employing a hook-worthy chorus.

“It’s probably one of the most fun and carefree sounding tracks we’ve ever made,” the duo explain. “We wanted it to sound as if an angry and confused kid is trying to perform the happiest version of a nihilism song. Recording it felt surprisingly easy.”

“Pitching up the vocals always has something very freeing to it, since you kind of morph into a different character without having to worry about all the usual pressure and baggage when it comes to performing. It’s our take on the bright feel-good indie formula, but maybe in a weirder way."