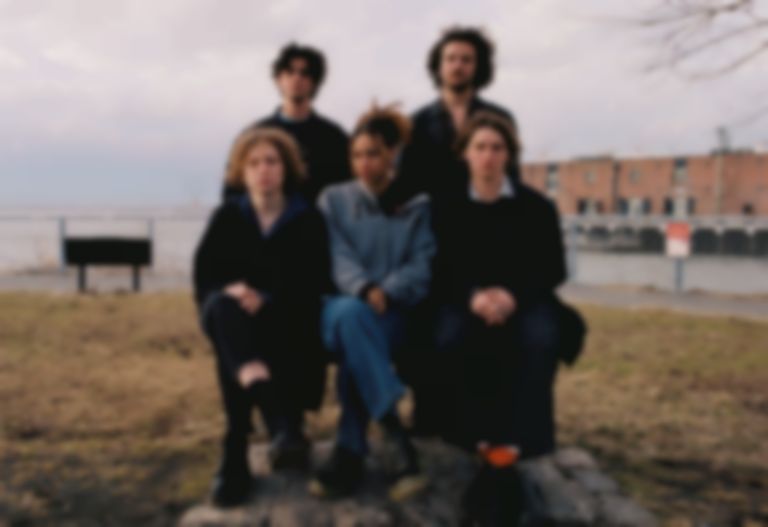 Recent signees to So Young Records, New York-based outliers Been Stellar follow the alternative surge of "Kids 1995" with new single "My Honesty", the latest cut from their upcoming self-titled EP.

Originally formed by metro-Detroit high school friends Sam Slocum and Skyler St. Marx, Been Stellar’s line-up would be completed by Sydney-via-Brazil guitarist Nando Dale as well as LA natives bassist Nico Brunstein and drummer Laila Wayans. Teaming up with producer Aron Kobayashi Ritch for their new EP, the five-piece continue to carve their own niche within the modern indie landscape, at once plaintive and turbulent songwriting dialling between The Replacements and The Strokes via shoegaze-skewing tangents. "My Honesty" gains traction in similar tempo shifts, tightly rendered guitar sections torn with Slocum’s ennuied low-key vocals, lending mood-flitting flux to the track’s candid nature.

The setbacks and compromises forced by the pandemic would add further weight to the band’s artistic impetus. “This is the first song we wrote after having been separated due to lockdown,” they tell BEST FIT. “We had just moved into our bunk bed apartment on the lower east side and started rehearsing in Ridgewood. It was a summer of long blistering days, since no one was quite able to work yet, so the only real space where we could do anything productive was there.”

“After trying a bunch of different musical hats on for a week or two, this sort of just spilled out of us. That initial instrumental bit reminds me so much of the restlessness those few months brought us - it sounds like the tension of us being isolated from one another finally breaking.”

Such inevitable distance between the band members would prompt an opportunity to regroup and revaluate from a fresh perspective. “As cliche as it may be, we always talk about how the pandemic was the best thing to happen to us as a band,” they explain. “The biggest thing that we realized is how fragile our world actually is, and how important it is to only spend your time focusing on what is true to you. With a city and musical ecosystem on the brink of collapse, there’s no sense in wasting your time with anything fake.”

“Lyrically, the song is about the search for authenticity in oneself,” the band reflect. “The pandemic really made us realize that we were previously really trying hard to achieve someone else’s vision artistically - i.e. the sounds and aesthetics of our influences. This sort of serves as an oath to ourselves that the only things worth pursuing are those that we can confidently claim are our own.”

While not denying the impact of their predecessors, the outfit instead develop their own self-aware vision, rather than replicate their musical inspirations. “I think it would be a massive lie to say that we aren’t conscious of our influences in the songwriting process,” the band acknowledge. “There are many instances where we will be like “make the guitars sound a bit more Jesus and Mary Chain-y etc.”, but we don’t see that as an issue. The honesty comes from the fact that these impulses come from a genuine place. We aren’t trying to emulate other artists, they are simply a patchwork of tools we can pull from to realize whatever the song is trying to be.”

Already making waves this side of the Atlantic, with much-vaunted appearances at The Great Escape and as touring support for The Goa Express, Been Stellar are set to garner further traction with a UK and EU tour this July.

"My Honesty" is out now via So Young Records. Find Been Stellar on Instagram and catch them live at The Windmill, Brixton on 13 July.