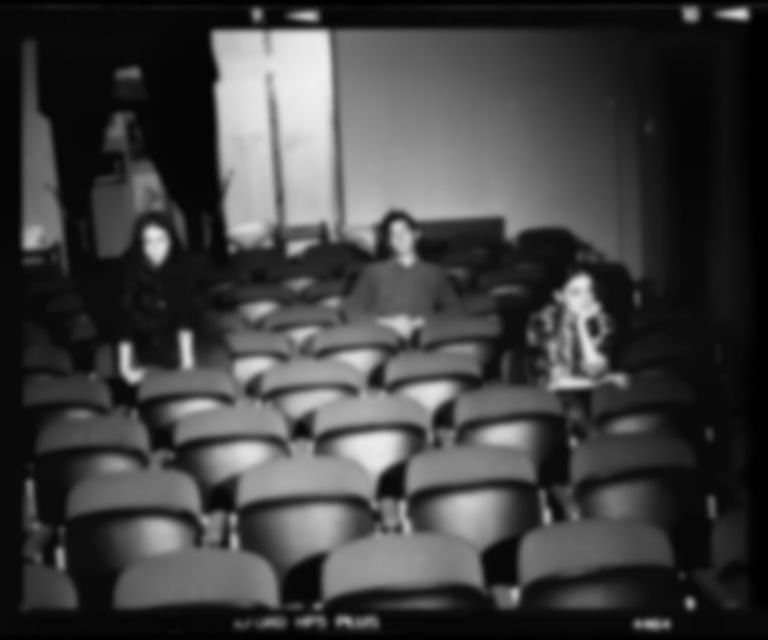 Be Forest unleash “Gemini”, a pensive yet menacing slice of goth from their upcoming third LP Knocturne.

“Gemini” unfurls desolate guitar arpeggios that waft alongside the measured march of tom-toms. Words are scarce, not that there's much room for them anyway, as “Gemini” returns the band to their claustrophobic basics, having gradually expanded their palette over previous outings.

As tempos and dynamics rise, the arpeggios and march cadence devolve and intertwine into a dissonant, agitated double helix, a fitting metamorphosis for a song that highlights Be Forest’s primal and brutal roots.

The band speak eloquently on “Gemini”s conjoined nature: "Gemini is one of the last songs written for Knocturne. It's a short track but encloses a palpable duality: while the guitars warmly surf triplets' soundwaves, the drums, adamant and controlled, interpose a seemingly "techno-music" intention. The vocals are enticing while invoking a night that extends over the day. It's a song that wants to wear a dichotomy but never becomes rivalry and rather coexists in its double nature. It's a bivalence that transforms into couple."

"Gemini" is out tomorrow. Knocturne releases 8 February through We Were Never Being Boring, and is available to pre-order now. Find Be Forest on Facebook.