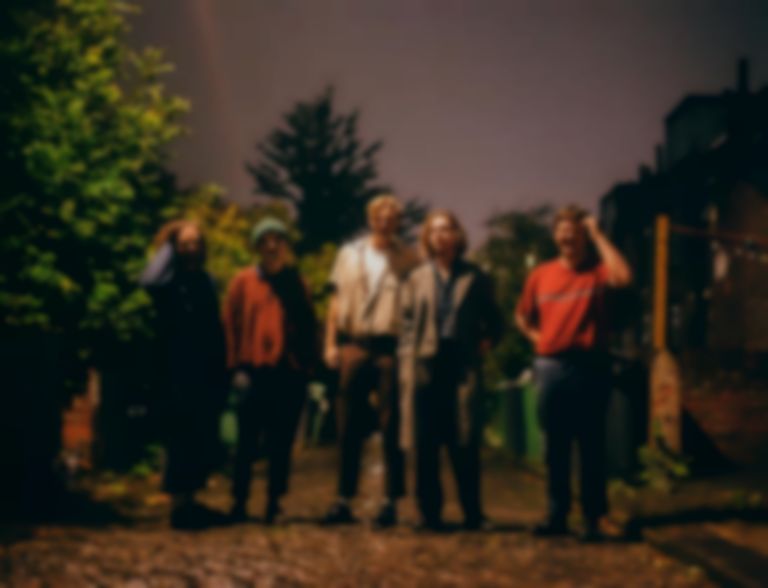 Self-described as “gross dreamy noise”, bdrmm blend reverb-heavy guitars and staccato vocals to create their dreamy break-up soundscape. “Shame” is the first track to be lifted from their new EP If Not, When?, having signed to Sonic Cathedral.

bdrmm’s contrast of laidback rhythms and emotionally striking content makes for a hazy, highly relatable listen. Vocalist and songwriter Ryan Smith extrapolates further: “'Shame' is about the heartache of having to tell someone you care about the most that being together can’t work, for whatever reason - having to be the person who takes it upon themselves to do the right thing, even though it feels so wrong.”

These feelings of guilt and uncertainty have led the band to create their sedated shoegaze sounds that will hopefully help to heal the heartache left by their difficult decisions. At least the quintet can take solace in the company of cult shoegaze label Sonic Cathedral (Spectres, Lorelle Meets The Obsolete, Echo Ladies), to whom the band have recently signed.

With an EP out next month which was brought to life with the aid of producer Alex Greaves (Working Men’s Club, The Orielles, Heavy Lungs), they've have also shared stages with the likes of Trudy & The Romance, Her’s, Gengahr and Horsey. Despite its melancholy premise, bdrmm’s “Shame” smoulders with understated optimism, and provides a much needed distraction for anyone who’s in the grasp of an unexpected breakup.

“Shame” is out now via Sonic Cathedral and If Not, When? is out 11 October, available to pre-order now. They play Sebright Arms 26 October, and you can find their other tour dates on bdrmm's Facebook.