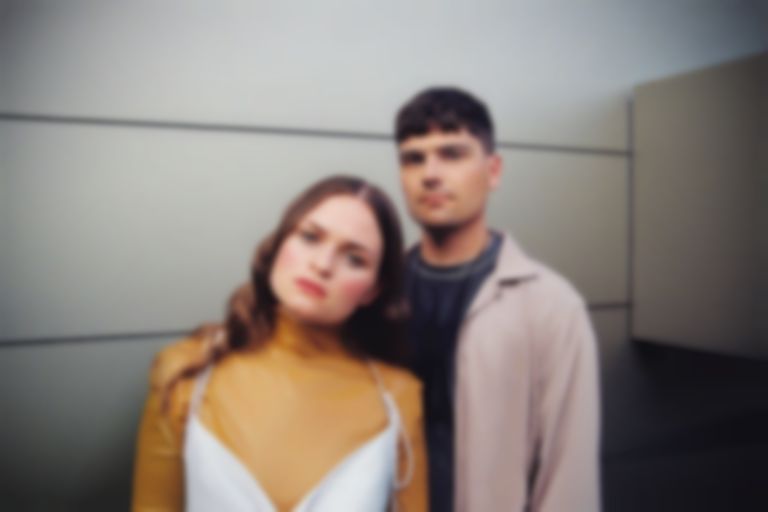 The title-track from their forthcoming debut album, “Made By Desire” is the latest left-field outing to be teased by German duo ÄTNA.

With an avant-garde approach to music and an undeniable knack for a hook, ÄTNA have been cooking up a storm over the past year. Hot on the heels of their 2019 releases “Try” and “Come To Me”, new single “Made By Desire” shows the rising German duo at their potent pop best.

The title-track from their forthcoming debut album of the same name and the last tease before it’s Valentine’s Day release, “Made By Desire” is a final flourish of what we can expect from the band, whose adventurous and unconventional approach to songwriting has seen them garner attention in their native home and across its neighbouring countries.

A clear shift from the binary sounds of piano-ballad “Try” and the pulsing “Come To Me”, “Made By Desire” marries the two disparate fields by weaving rich melodies with clattering percussion and decorating it with touches of lush synths. Steered by the captivating coos of vocalist Inéz, the track rises to an opulent euphoria not dissimilar to that of Haim or Christine and the Queens.

“’Made by Desire’ is an uncommonly life-affirming song with a Motown-ish vibe,” share ÄTNA of their new single. “A vivid celebration of the self-determined Future."

“Made By Desire” is available now via Humming Records, with the debut album of the same name to be released 14 February. Follow ÄTNA on Facebook.