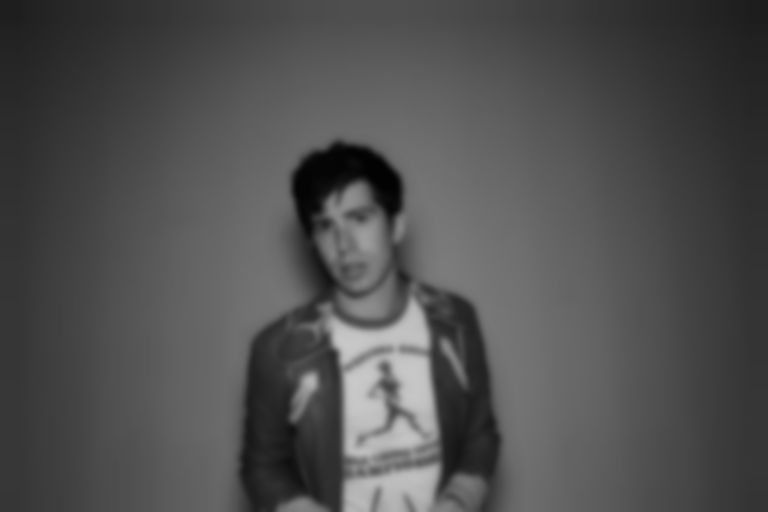 "Another Weekend" is the most high-energy release to come from New York singer/songwriter Ade’s upcoming debut album, Midnight Pizza.

Filled with a persistent kick drum and a general feeling of euphoria, it would be natural to assume that Ade is looking forward to nightlife re-opening again. But dig deeper into his lyrics and the snapshot he paints tells a different story. Ade smartly weaves feelings of nihilism at the prospect of ever going out again around a beat that makes us want to do nothing more.

"I can’t go another weekend / because it’s eating up my patience," he laments in the song’s chorus. "The conversation never started / and I’m with my friends whom I dearly love / but we could have stayed in my apartment."

The track sees Ade toe the line between pop sensibilities and dancefloor inflections to create a sound that is wholly infectious. Over almost as quickly as it started, Ade’s songwriting here bears clear similarities to the charm of Vampire Weekend and the spontaneous vibrancy of Darwin Deez. But by Ade’s own admission, this track is unique in the context of the wider album.

"I started singing about this kind of largely inconsequential coffee date I had been on earlier that day and improvised about half the lyrics in one go," he explains. "It’s something of an outlier on the album but it was such a flow-y unfiltered account of my life at the time that I felt I had to include it. Plus I get a kick out of the idea of a four-on-the-floor club track about being tired of going out."

Where Ade remains consistent, however, is in his dedication to pure pop experimentation. His previous two singles - the atmospheric "The City" and the deceptively mournful "Having Fun with Pharoh" - were varied in the extreme, a theme he has continued with "Another Weekend". Combining a complementary collection of influences into his own undeniable style, the indications are clear that a bright and exciting debut LP is set to come.

Midnight Pizza is out 23 April via Trickwork. Find Ade on Instagram.