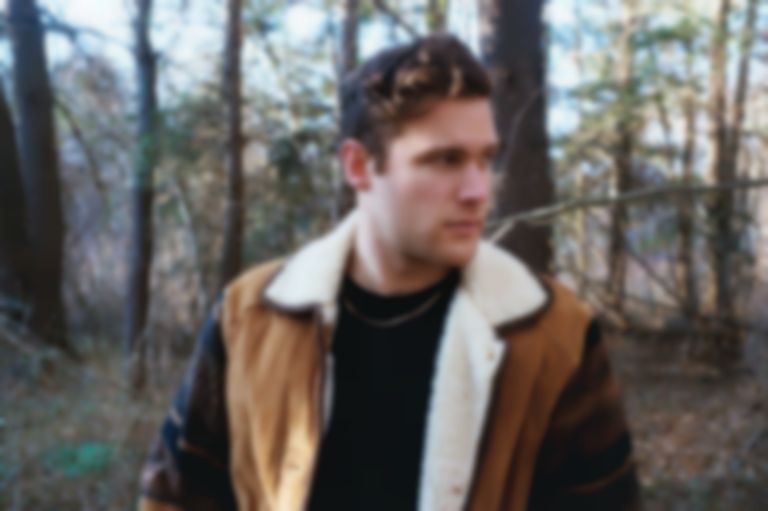 Whatever's going on in your life right now, it couldn't hurt to have Aaron Taos provide the soundtrack. The New York-based artist deals in deceptively hazy indie, with deeply personal lyrics couched inside its nostalgically familiar sounds.

On new single "Is It Anything", a pacy contribution from fellow New Yorker Khary grounds Taos' airy, guitar-led style, taking the track to a different place than his previous lackadaisical releases. There's light and shade here, as Khary holds a foil to Taos' noodling guitar and gentle, shuffling percussion, but both artists deliver lyrics drawn from a similar place.

"'Is It Anything?' is a self reflection song for me personally," Taos explains of the track. "Right now, a career in music – the constant questioning: 'Am I good enough?,' 'What am I trying to say?' 'Do I even want it anyway?' With the current state of music – everything being produced and released at such a rapid pace – I think it's important to constantly step back and re-evaluate what it is that you really, actually want to say and why exactly you're feeling disappointed, excited, or any number of highs and lows that come with this stuff. More generally, it's about the process of going down the rabbit hole chasing a goal, whether it be a career, a person, or a feeling and when/if you finally attain that thing – is it all you thought it would be? My friend and talented Brooklyn artist Khary jumped on the third verse and really hit it home."

"Is It Anything?" is the third single to be lifted from Taos' upcoming project Birthday Boy, which he describes as "a semi-concept album about growing older." Birthday Boy is due out February 2019.

"Is It Anything" is out now.