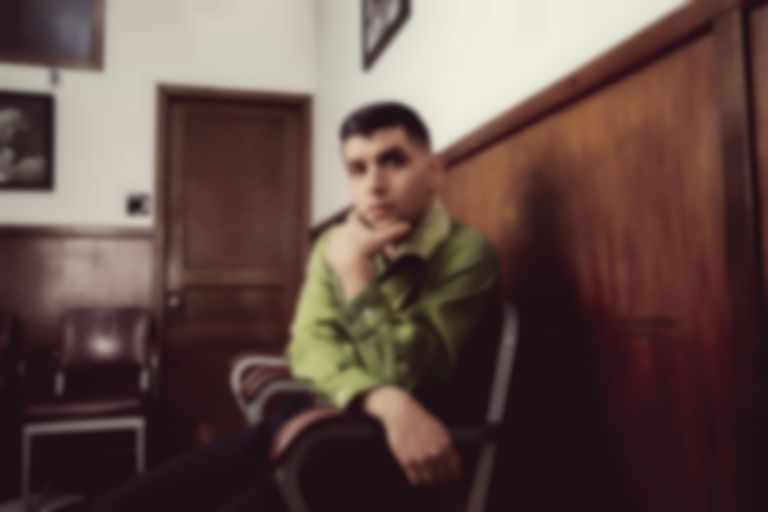 Dead Oceans signee Aaron Frazer has a break-up boogie on “Over You”, the lead single from his upcoming debut album Introducing...

Funky basslines and choppy Nile Rodgers-esque bursts of guitar are hardly typical features of a break-up song. Yet, on the second single from his debut album, Aaron Frazer marries disco and despair with a nonchalant swagger.

His sultry, timeless falsetto is perfect for the task, conjuring a cathartic and catchy chorus, but also betrays a modicum of pain that naturally comes with the territory. Frazer, who is also co-lead singer and drummer of Durand Jones & The Indications, sings, “Didn’t think the one I loved could be so cruel / but now I’m just another lovesick fool over you”. It takes a special voice to make something so dark feel so danceable.

That’s where the Northern Soul influence comes in. As Frazer says, the track is inspired by the “legendary soul 45s that electrified dance floors across the UK in the 1960s. Breakneck speeds and breakbeat drums challenged even the best dancers to pull out all the stops”.

The essence of a retro dance floor is captured beautifully in the accompanying video. Everything from the dance moves and shimmering disco ball to Frazer’s microphone is fabulously vintage. The seamless blend of soul, disco and doo-wop also fizzes with nostalgia; perhaps unsurprisingly given that it was recorded in Dan Auerbach of The Black Keys' antique studio.

While Frazer may share Auerbach’s retro leanings, lyrically “Over You” has more modern reference points. It feels like a successor to CeeLo Green’s rather less politely titled “Fuck You”, which brought a similarly infectious catharsis to romantic turmoil.

The dance-your-troubles-away method is summarised beautifully by Frazer, who says: “Over You’ captures a moment of despair in the darkest hour of a breakup. But sometimes to feel better, you just gotta shake your ass.”

"Over You" is out now and Introducing... will release 8 January on Dead Oceans/Easy Eye Sound. Find Aaron Frazer on Instagram.