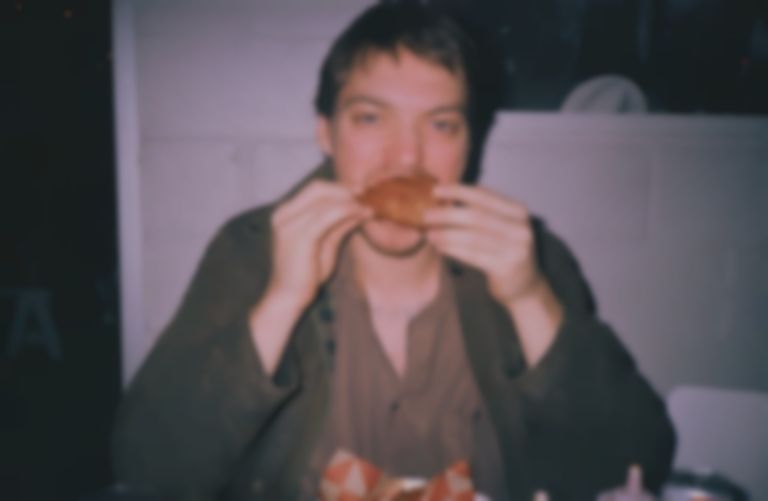 Cadien Lake James, singer/guitarist with Twin Peaks, writes an impassioned essay on his love for all things spicy.

I didn’t grow up liking spice. Mom was serving up fire at the kitchen table in the “really fucking good” definition of “fire”, but we didn’t eat spicy food at the house. My dad would use Tabasco on some of his odd dishes (refried beans next to a hardboiled egg and a slice of liverwurst and pickled beets) but that was most of my exposure and I didn’t dig it.

Even throughout my teenage years, going to school down the block from a good Harold’s Chicken, I didn’t really get the hot sauce thing. Then: the bandmembers graduate. We go on tour, come home, then hop in the van to go to Evergreen State College and BAM! Just like that! I tried my first mushrooms, dived a bit deeper into acid, bought my own bong instead of using my brother’s at home, met a kid with a wolf for a pet, threw my first parties, and…tried Sriracha on my cafeteria food.

What was this wonderful sensation? There’s this stuff that’s so delicious that it can make my crappy lunch taste great, it gives me a little kick in the butt, and apparently it helps reduce my risk for cancer? Hey, I don’t really buy the last part either but it might be true. It definitely helps clear the sinus, and when I used to be a smoker constantly getting sick on tour that element really came in handy as a cure before a show to keep air coming in my nose and songs coming out my mouth.

After I fell in love with Sriracha and Chalula and Frank’s and Louisiana and Crystal and Tabasco the curiosity kept growing and the floodgates opened up. How far did this thing go? How high could I get from eating? Two of my favourite things meeting in the middle.

On one of our first couple of trips to the UK, we had our good friend and photographer extraordinaire Pooneh Ghana on the road with us making a tour doc, and we ended up in one London’s many incredible Indian restaurants. She’d ask if I’d eat something crazy spicy for the camera. No problem! “What’s the spiciest curry you guys have?” I asked. “Well, on the menu…or off the menu?” I answered: “Ohhhh, I see! Challenge accepted! Heat me up! Off menu we go!” I ate it all and promptly fell asleep on a bench in front of Rough Trade at about 5pm and not ‘cause of jet lag. That stuff really put me down. I loved it. 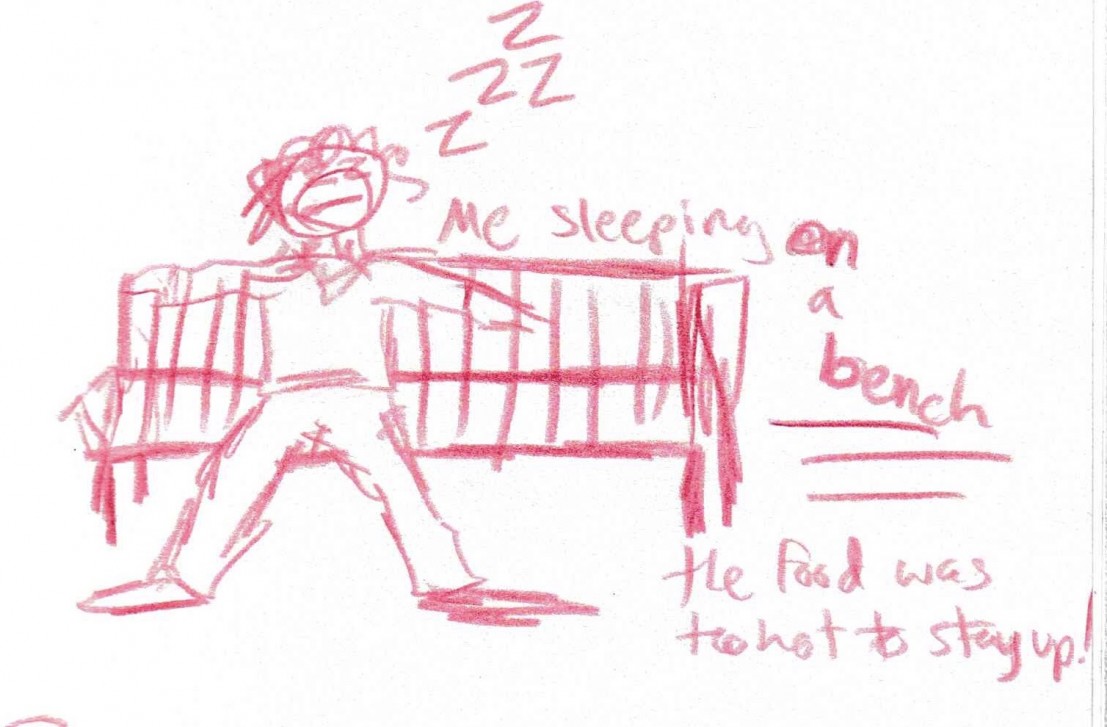 I’d entered a new level of fascination with the quest for fire as I grew accustomed to spending the majority of my time travelling. Maybe some freaky element of bravado was captivating me to eat the most painfully spicy food that I could find, but I’d convinced myself at least that it was enjoyable. I mean, it is. It’s fun and funny. It makes your head spin. Your friends laugh as they see you struggle through snot and tears. Tongue on fire.

I had to try the spiciest chicken in Nashville. By now I’ve done it at eateries including Bolton’s, Prince’s, Hattie B’s. The first time I went to Bolton’s we ordered the hottest chicken they had and they started laughing at us, all the workers and regulars watching us eat and saying we couldn’t handle it. We said we were alright so they came by and poured more of their potent hot powder on as their guts giggled. But I ordered the hot catfish to go when we finished.

Then there was the time we were in Melbourne and Prince Harry was in town and the whole block was shut down cause he went into a store, but I was too distracted to pay much attention because I was crying while eating the hottest Nashville style they had at Belles Hot Chicken. 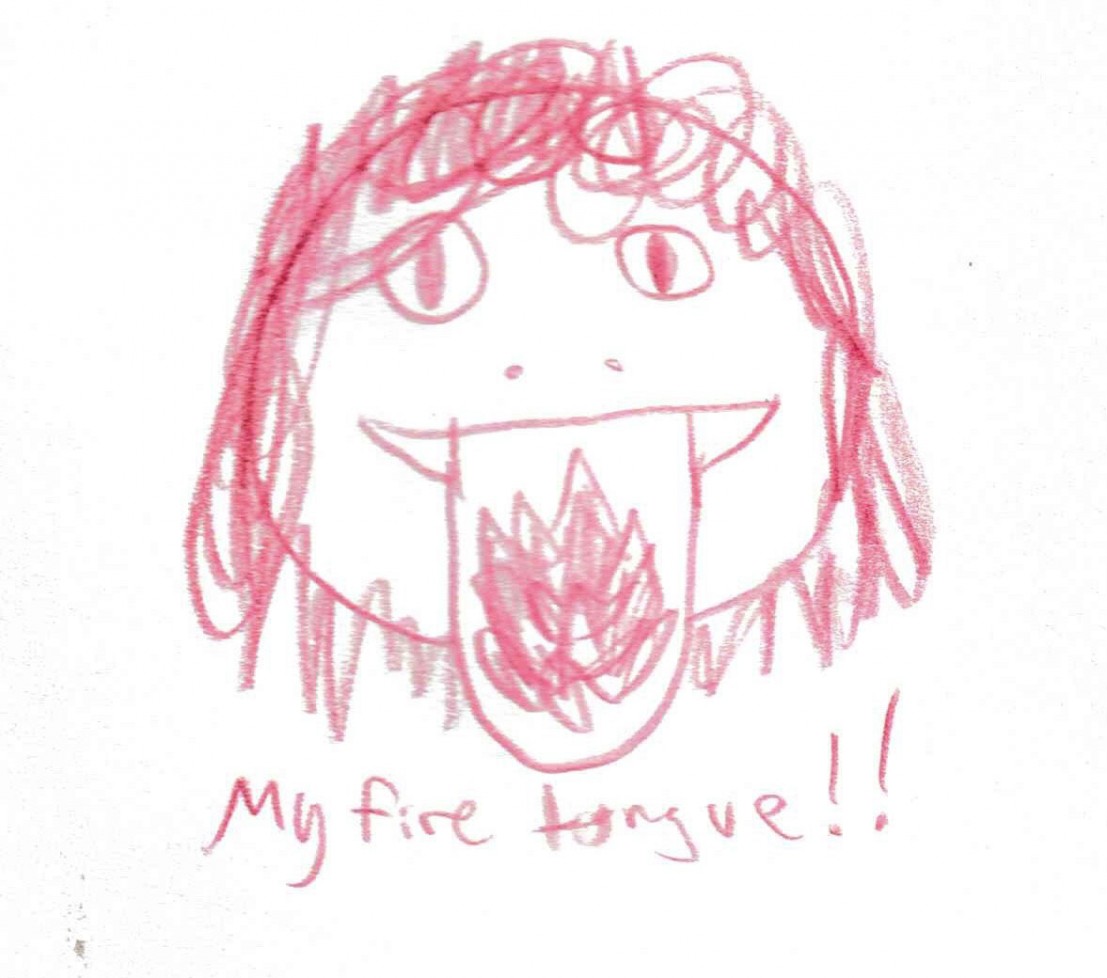 Keep it rollin’. Blazin’ wings delivered from Buffalo Wild Wings. 3x spicy Pad Thai at Pho Thai (great spot for curry and Thai food up the block from Chicago Music Exchange). Cooking Korean dishes like Tteokbokki at home with gochujang and red chili pepper flakes. Buying all the hot sauces from Hot Ones to try at home (I mean, it’s my dream to be on the show, but I’m not at all famous or interesting enough. At least I can rant on here about it. Maybe I can get Finn Wolfhard from Stranger Things and Calpurnia to bring me with him if he ever does it). Blair’s After Death is my favourite.

Reference Points pieces at The Line of Best Fit are typically about inspiration. I guess I couldn’t say that spicy, as a concept, is specifically inspiring to me, but I do think my love for it makes the same kind of sense that being a touring musician does. It’s a thing of passion and addiction. It’s like a really beautiful form of masochism. You’ve got to be crazy to eat a ghost pepper, and you’ve got to be crazy to sit in a packed smelly van six hours a day and play a show every night for next to no money.

But us touring musicians and spicy food enthusiasts all share the passion, the adventure. What’s going to happen next? What does that next show or hot wing or venue or curry or weird guy at the bar or hot sauce have in store? It’s about the chase, the journey, the adventure, I guess. Or maybe things just taste good and travelling just brings joy. However you want mince it.