Growing up in Massachusetts, the woods behind my parents house was a treasure trove of an historic yesteryear. Cellar holes from the 17th century, forgotten apple orchards, miles and miles of stone walls, grown in dirt roads, colorful old bottles and oyster shells protruding from the ground after a winter's thaw.

All this Colonial history had an impact on me to discover more.

Around the age of eleven, I bought my first metal detector. It was a BFO type detector. Beat Frequency Oscillator operation, meaning any kind of metal, ferrous or non ferrous would make an audible signal rise in frequency the nearer the target was to the search coil. A very early and crude type of detection. I don't think I ever found anything valuable other than nails with this unit. I eventually turned it into a lame electronic drum by mounting the coil in a drum pad and taping foil onto my drum sticks.

My next detector was a Bounty Hunter VLF 840. This was a VLF machine, meaning it is sensitive in mineralized soils where it is able to identify targets and discriminate trash. This was the game changer. Now I was starting to find very old coins and relics. 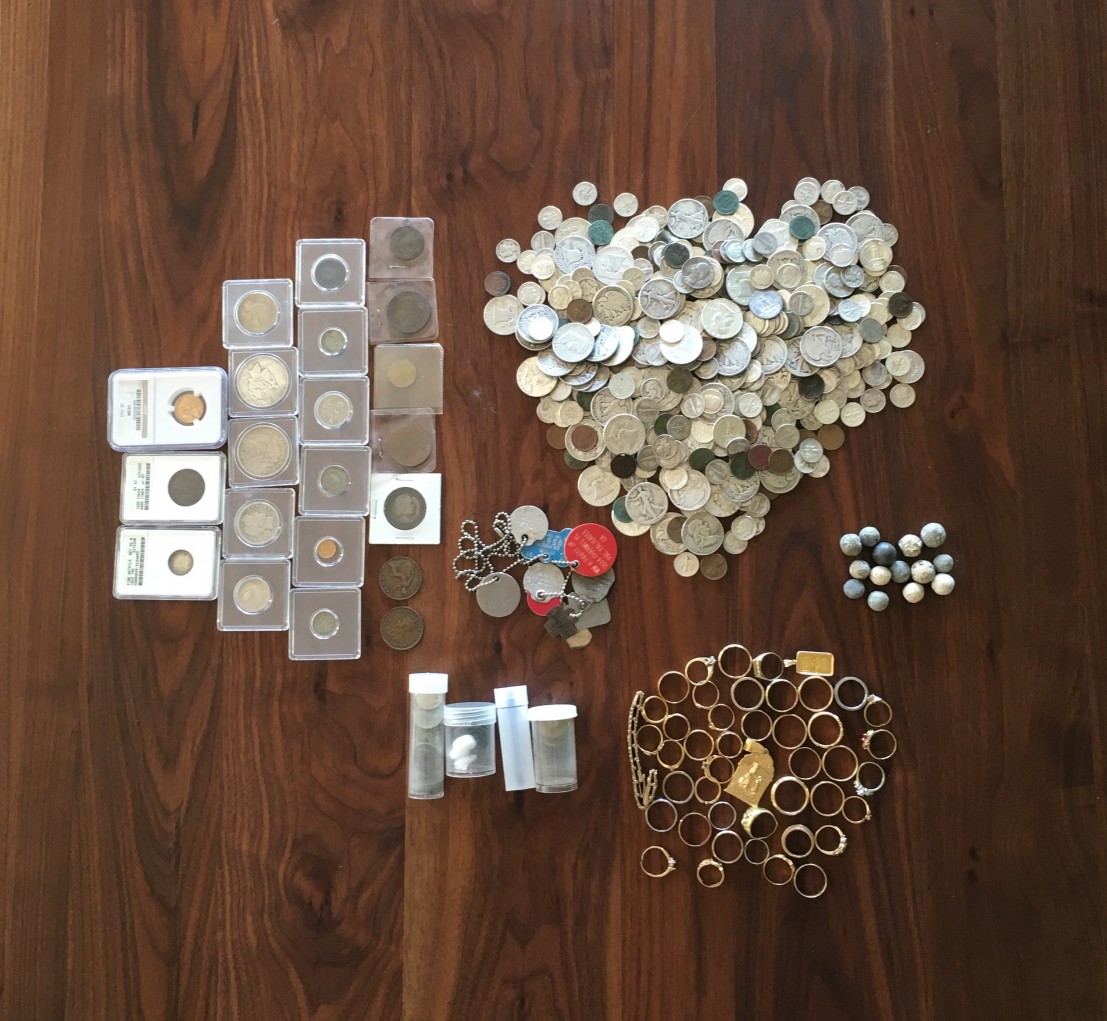 My very first coin was an 1864 Two Cent Piece in my own backyard! From that point I was hooked.

As the years went by I bought better machines. These machines not only detected deeper, but they were also able to tell me with some probability what the target actually was and at what depth it was too. But I learned the best tool for hunting is research. Knowing where people congregated years ago such as swimming holes and places where events were once held, but were now overgrown. Knowing your machine and hunting these places yielded my best finds. Lots of old Colonial coppers, loads of old silver coins, gold, and early foreign coinage used in the United States before it began minting its own filled my, "treasure box".

The coins that I found amazed me. To think that someone over 200 years ago was in the same woods that I played in and called my own was quite remarkable. I can still remember exact locations from which each coin or relic was found. 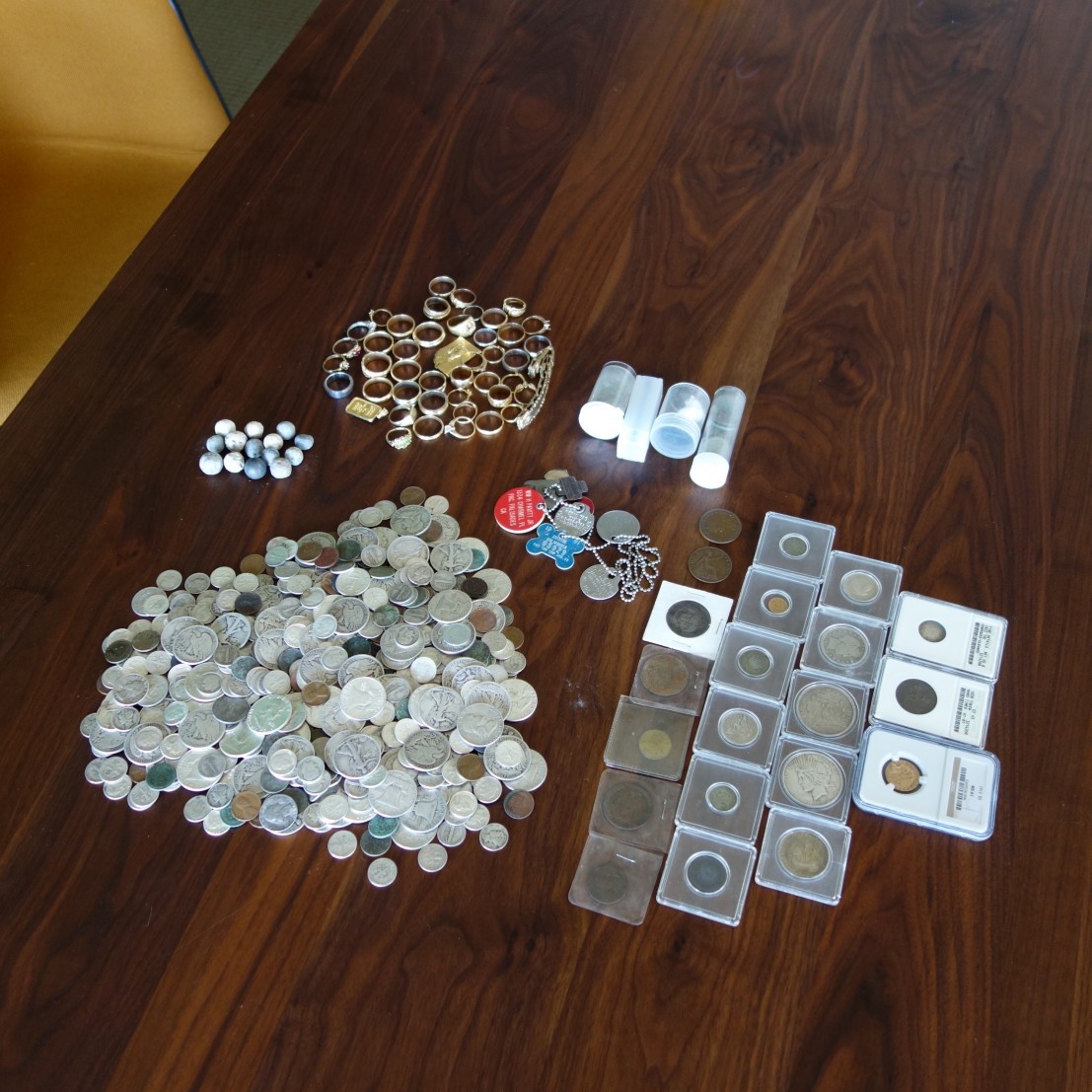 An interesting fact about detecting coins. A Large Cent, U.S. pennies of the 1700's, are rather large hence the name. A coin of that size would sink probably 10" into the ground after 200 years.
Compared with a Busted Half Dime from the early 1800's, which is smaller in size, would sink to over a foot. All because of the surface area of the coins.

Also, coins that are in the ground for that length of time begin to leech out some of the alloys within it. This create something called, a "Halo Effect" where the detector can easily see a much larger signal than say a coin that was buried for only a few years. This action aids in finding older deep coins.

In 1993 I moved from Massachusetts to Southern California. Gone were the plentiful hunting areas dating back to Colonial times. Now I was faced with pavement as far as I could see and a not so distant past. But there was plenty of something else to hunt. The ocean. The water is cold, it shrinks your skin. It's also a lubricant. Rings are lost daily in the surf.

I purchased an underwater detector called a PI or Pulse Induction unit. These detectors go extremely deep. There's no discrimination on these machines. But hunting in wet or dry sand is much easier than digging in soil. After a while I learned the responses of the PI and was able to discern without digging as to what might lay below.

The ocean constantly throws coins, jewelry and alot of trash onto the beach. And knowing how to read beach conditions makes successful hunting. Years ago I went on a detecting trip to Hawaii. Just so happened that conditions couldn't have been better. Everyday I traveled to a different four star hotel on the island and worked two hours in the surf. After seven days I found twenty one gold wedding bands! 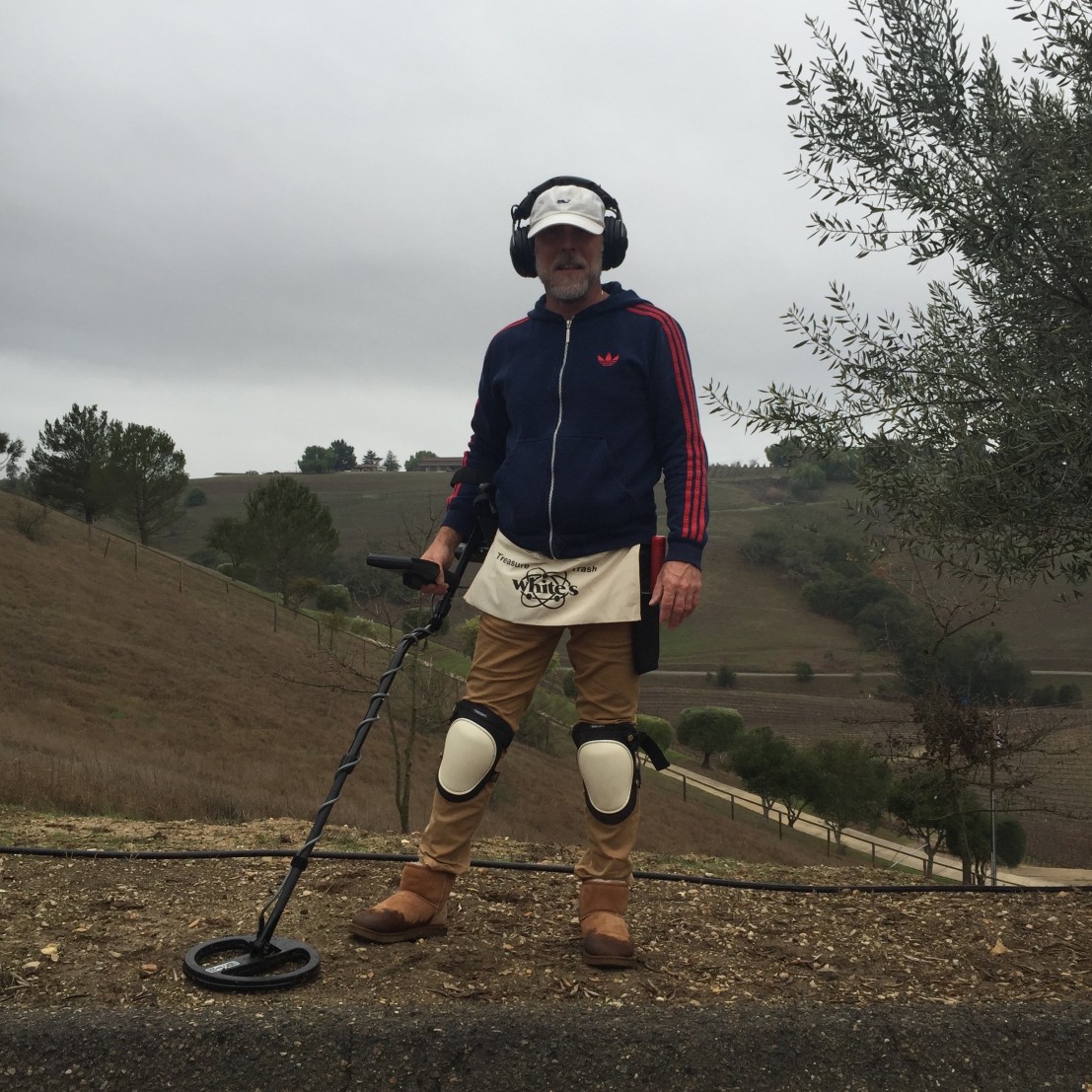 At home, my treasure box is a wonderful thing to bring out for show and tell. There's Musketballs to old dog tags and everything in between. Once I brought it in to explain my hobby to my son's first grade class. All the kids needed to hear was the word, "treasure" and it was a hit from then on.

There is more money lost in the ground than in circulation today. Considering all those centuries that have gone by, I have a lot more detecting to do.