It was with giddy excitement that the world received news of Lush's return. With Blind Spot EP - their first official release for 20 years - due out on 15 April, Lush's Emma Anderson took time out to consider the inspiration sparked by the iconic Kate Bush. 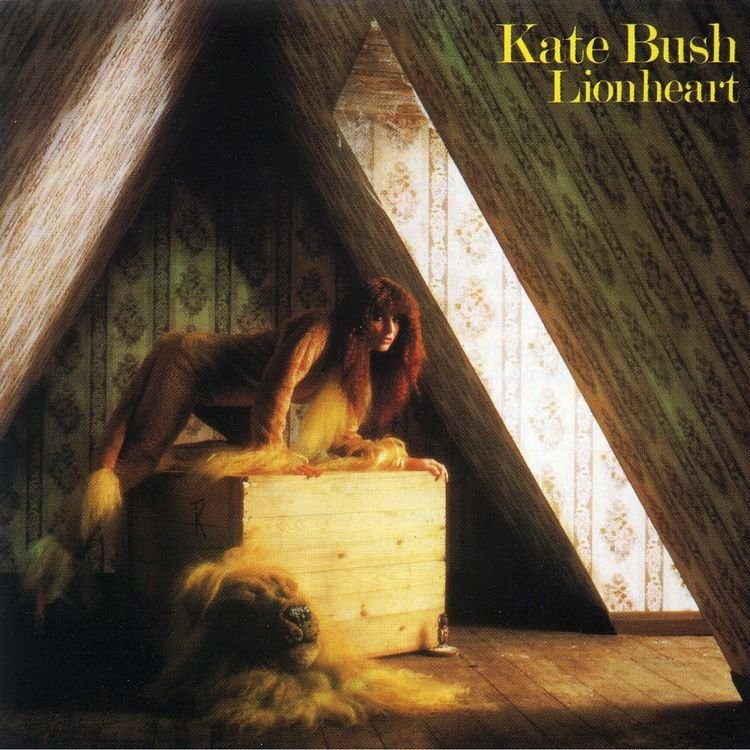 I was ten when Kate Bush first came into my life. As for many, my first exposure to her was the video for "Wuthering Heights" which was aired on Top of the Pops one Thursday in early 1978. She seemed weird and unlike anything I had ever seen before. Up to then, as a young child, my taste in music had been very limited and I had focussed on Abba and early Beatles but Kate’s super-high, almost alien voice and the sensual dancing grabbed my attention…plus she was so young - only 19. I wasn’t immediately a huge fan but she certainly made an impression.

It didn’t take long for me to fall under her spell though when later that year that her second album Lionheart was released. My family not owning a record player, I purchased the cassette from my local record shop which was a tiny little store on a pedestrian walkway in Central London near where I lived. I played Lionheart to death on my portable tape recorder which was the old fashioned mono, rectangular kind with the buttons on the front (unlikely it was designed for playing music on!). The music was beautiful, mainly piano based but with interesting strings and bass parts. However, some of the lyrics on the album proved to be a little risqué for an eleven year-old. In "Symphony in Blue": “The more I think about sex the better it gets”… and the whole of "In The Warm Room”…I remember thinking, “I must be careful playing this in case my mother comes into my bedroom and hears it!”. "Kashka from Bagdad" was about homosexuality and drugs….I didn’t quite understand what was going on but it was an introduction to another world.

But the song "Lionheart" itself, mentioning the statue of Peter Pan in Kensington Gardens which was near my school, chimed with me I think because it was so English. Of course, there had been very English artists before - Pink Floyd, Nick Drake but they were unknown to me and, in a decade that was so obsessed with anything American, Kate stood out a mile. I loved the way she sang the word "dance" with a long "a" - it was almost like two fingers up to the universal hackneyed American style that British artists were adopting.

Furthermore and most importantly though, she was female and wrote her own music and words. Even at a young age I clocked that and filed it away for future reference. 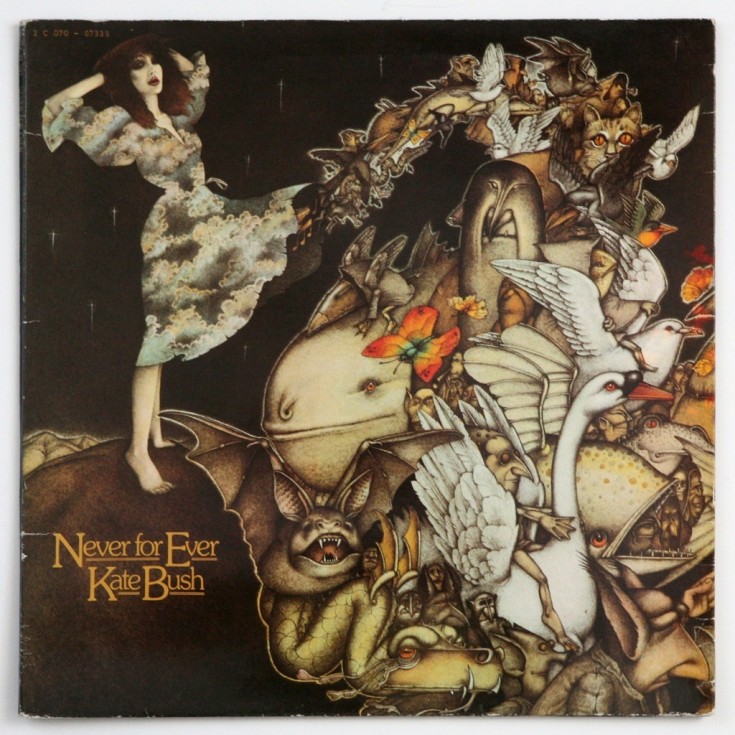 Two years later Never For Ever came out and I was smitten. The sleeve depicted an illustrated Kate in a dress straight out of Laura Ashley (maybe crossed with Biba).

My favourite track was and still is "Blow Away (For Bill)". At the time, I didn’t know what the song was about (I have since learned it’s about death) but the melody took me. Then there was "Breathing" which was about the aftermath of a nuclear war (a subject which hung heavily over the 80s). Once again, I was being exposed to dark lyrics at a very young age. I didn’t totally comprehend it all but it seemed a long way from Abba and early Beatles.

During the ‘80s I drifted away from Kate a little but that was probably due to my own music preferences changing. I was heavily into going to see live music and current bands that the NME was championing more than listening to any solo artists. There was The Dreaming and then of course Hounds of Love. I did like and own those albums but they didn’t ignite my imagination as much as Lionheart and Never For Ever had done in my pre-teenage years.

But then in 1989 The Sensual World came out and I was fully back on board. It was the last album of Kate’s I consumed from start to finish. By this time, Lush was up and running. I had the album on cassette (again - probably because of owning a Walkman) and played it when we went on support tours in 1989. The band were all sat with the gear on a wet mattress in the back of an old BT van and I let The Sensual World transport me away during trips which were probably the most unglamorous I have ever made in my musical career! "Reaching Out" and "This Woman’s Work" bring a tear to my eye to this day.

This album featured the otherworldly Bulgarian Voices choir and two of their own albums were subsequently released on 4AD. I went to see them at the Royal Festival Hall and, because of the label connection, I was able to gain access backstage. Lo and behold Kate was there. She was tiny. I didn’t speak to her; I was WAY too in awe!

Of course, I went to see Before the Dawn in 2014. We didn’t have the best seats in the house - they were right at the back of the circle but I was there…that was the main thing. Of course, like many others, I was disappointed that she didn’t play anything pre-Hounds of Love but, as always, that was her choice and I respected it. It was a fantastic show and I felt genuinely honoured to be there.

Kate Bush has been the only artist that has really ‘accompanied’ me for most of my life. From the age of 10 to 48, she has been there. Musically she has been an inspiration - not so much technically, after all she writes most of her songs on piano and I can’t play that proficiently at all. But most especially as an icon. It always seemed that Kate didn’t care what people thought about her (check some of her insouciant early interviews) and, pre-2014, she only did one tour which is almost unheard of for a major artist. She did things on her terms and answered to no one. ‘Unique’ is a term which is overused when describing musicians but in this case, it’s totally justified.

Lush's new EP Blind Spot will be released on 15 April via the band's own label Edamame Records. Pre-Order now.

Lush play The Roundhouse, London on 6 and 7 May. Tickets are on sale now.