Texan musician Israel Nash tells Best Fit how consulting the I Ching, or the Book of Changes, had a profound impact on his new album.

One of the inspirations in writing and recording my new album was this later in life, second-chance reintroduction to John Cage and his musical process, one that was such a poignant reflection of his feelings about life and art.

As a follower of Buddhism, Cage wanted to incorporate the very ideas of zen, oneness, and being present his his music and writing process. He grew tired of the traditional strictures that dictated how chamber and piano music was composed. He created musical pieces that directed the musicians to play nothing at all, instead letting the unique sounds of the room become a living, ever changing piece of music in and of itself. He started to make compositional decisions by literally rolling dice, leaving the moves, the chords, moods, and time all to chance. 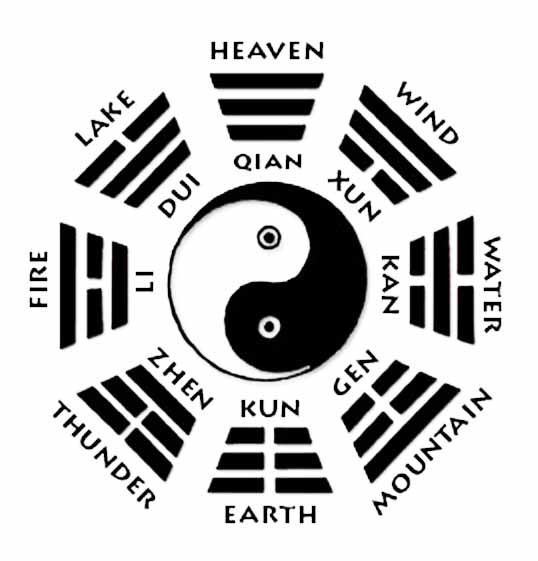 His preferred method by which he created these random, by-chance compositions was through consulting the I Ching, or Book of Changes, which is one of the most ancient pieces of eastern literature on the face of the planet. It’s not a text that is traditionally read as a whole or with steadfast, rather it is consulted at times of inquiry.

It has been used by countless thinkers and artists as a source of inspiration for a long time and goes something like this: Maybe you’re at a crossroads, big or small. You form that crossroads into a question, roll three coins or dice, in 6 separate rolls which then spits out a number that determines either a broken or continuous line (yin or yang), acting kind of like an ancient eastern analog random number generator. These numbers then correspond to short passages in the Book of Changes that aim to help guide your inquiry with sound moral direction.

Cage made his own musical version of the I Ching with various charts that would be consulted for which note to play, dynamics of the song, instrumentation, all until his composition was finished. He sought both in life and art a need to surrender to the moment, the old here and now by what he called “imitating nature in its manner of operation.” These ideas and perspective on both music and life came at a very needed time for me personally and artistically and allowed me to use my own experiences with zen mindfulness and meditation to incorporate them into the sounds and vibe of my album.

We randomized musical sections in the studio and these musical soundscapes emerged that were just sonically like nothing I’ve made before. I love this idea of the musical moment and creating a space in which people can experience these ideas and messages of sound. I even made these endless field recordings on my ranch out here in the Texas wilderness, hunting for sounds of the land. I recorded all kinds of sounds, from drums inside water tanks and drain pipes, to rattle snakes, and frogs, water rushing against that Hill Country limestone, rain and storms rolling in. We ran these sounds through a midi controller and used them throughout the album to try to really paint more soundscapes and cues that could reflect the space it was made in.

My studio is located out here on the land so the impact that this all has on my music and making albums is endless. I felt we were able to capture this panoramic and honest aural picture of the studio, land and countryside, this weird and loving little world out here where I live with my family, where I create, the place I call home.

All in all, I really want to encourage us artists to seek out inspiration, don’t always wait for it to come. Let’s be true journey people, trying new ideas and approaches to art and creativity. Inspiration is the thread of artful fabric. It’s a spark that may start in you and then is shared in the studio and continues to spread like a giant conflagration in the live world and in the personal lives of you and those around you. That’s so amazing that we get to be a part of that musical ride! Keep being a vessel for inspiration and try to be present in your craft. Don’t be afraid to take randomness and shape it into beauty.

As John Cage knew, music is everywhere. As much as you find it, it will also find you.

Lastly, the I Ching is truly better experienced than explained so experience it here, roll some coins, and get some rightful vibe answers on life, musical direction, or maybe even both. =)