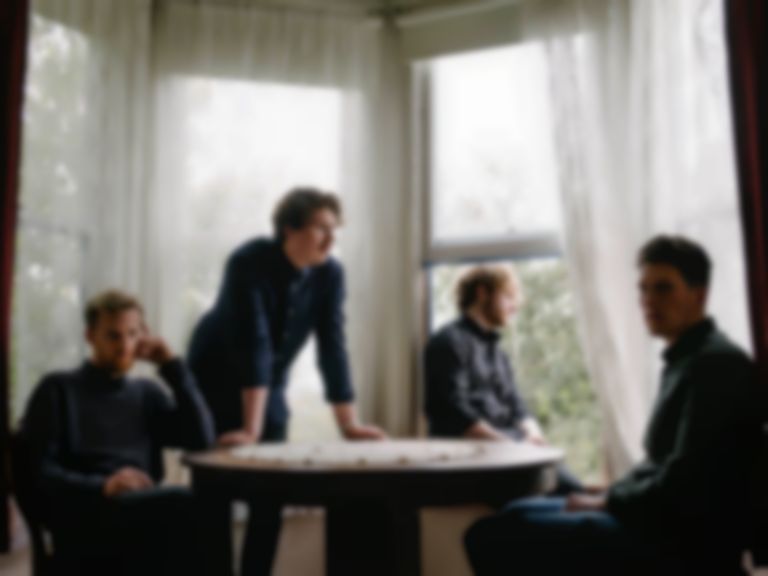 Daniel McAuley of Dublin's Cloud Castle Lake tells Best Fit about the joys of watching a seven hour train journey and winding down with slow television.

I had only a hazy idea of what slow TV was when Christmas time two years ago, I passed by the living room as my parents were watching All Aboard! The Sleigh Ride, two hours of uninterrupted footage from a traditional reindeer sleigh travelling through the Arctic.

Even though it sounded preposterously boring, I stood behind the couch staring at it for a good fifteen minutes before being able to pull away. Late on Christmas Eve then, I found myself putting on Bergensbanen: minutt for minutt. I just thought it might be a nice thing to have on in the background as I familiarised myself with the kindle my girlfriend had given me but I spent a decent chunk of the next few hours staring at the TV screen.

Produced by NRK, the Norwegian public-service broadcaster, it is the true blockbuster of the genre. A seven and a half hour, real-time, high-definition recording from the front of a train as it journeys across the snowy countryside between Bergen and Oslo in 2009. It came about because the makers of a documentary about the Bergen railway thought it would be a shame to waste all the extra footage they had shot and the network were like “yeah, you're right”.

It was insanely popular. The sequel of sorts, a live, 134 hour, non-stop boat trip from Bergen to Kirkenes, was viewed by half the population of Norway. From there it has grown bizarrely popular around the world too: the BBC have done a few like a canal journey between Kennet and Avon, Australia's SBS filmed the Ghan Train's 3,000km journey from Adelaide to Darwin and a giant community of people have uploaded scuba dives, forest walks, flights through the Alps and views from the wings of honest-to-god eagles.

The rise of slow TV seems to track with the fairly nebulous idea of "mindfulness" and it's easy enough to see why something like slow TV would become popular too at a time when a lot of people have begun to resent the unrelenting stream of information coming from all their devices. It's a bit ironic that those same devices make it easier to take in the regular world in this way but there you have it. The convenience of slipping into a state of accidental meditation through slow TV is part of its power. There's no right or wrong way to experience it. There's no consciousness behind it guiding how you should feel. There's no pressure to pay attention. It's just there. It's utility more than art.

It feels like a counterstep to all the compelling, prestige TV shows out there. Instead of subsuming yourself into the drama of other people’s lives, slow TV becomes a backdrop for your own reflections. Without even realising it's happening, the slowly morphing landscape lulls you into meaningful, imaginative conversations within your own head.

It still weirds me out how captivating they can be too though. Within the context of slow TV's unremarkable stream of images, something like passing through a tunnel, can feel like a rush of drama.

I’m particularly into the train ones. The landscapes are inoffensively beautiful and there must be some science-y reason why following the train lines toward a vanishing point on the horizon feels visually soothing but I think a lot of it has to do with the sound. I'm sure there's a certain amount of pleasant memories the particular din of a train can conjure up, but like those white noise generators that imitate waves or rain sound tapes people have listened to for decades, there's something very relaxing about replacing silence with a gentle noise.

It damps down the interior monologue of everyday concerns but doesn't make any demands on our attention. For me, the rising and falling drone of a train engine, the dull, rhythmic clank of its wheels and their nearly musical whirr against the tracks creates a bed of noise that melodies and words seem to curl up out of effortlessly.

It can be hard to wriggle out from under the self-imposed pressures of creating something out of nothing. The diluted tourism of a train ride through Norway can be just the right balance of distraction and space that coaxes out the worthwhile ideas.