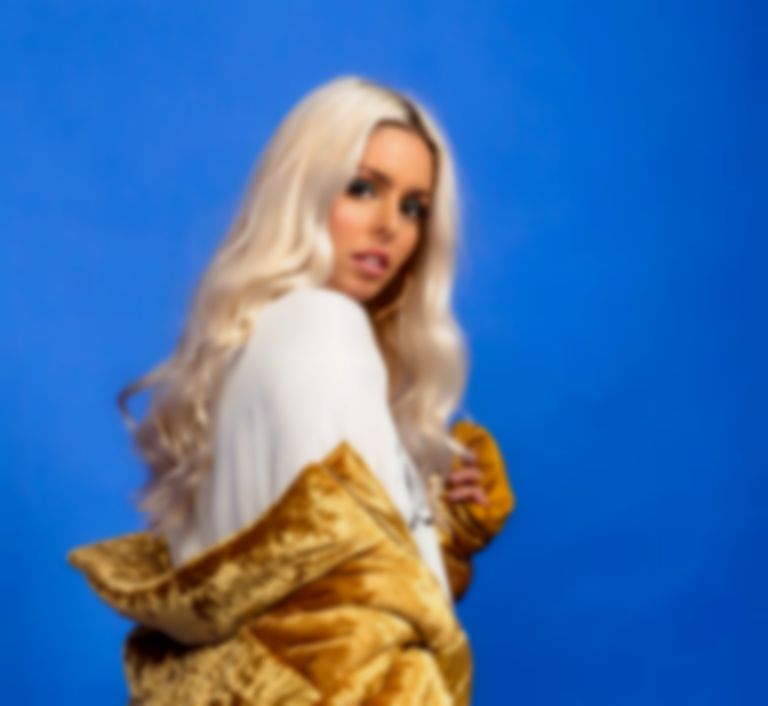 Georgia Buchanan, aka pop-queen-in-waiting Call Me Loop, tells Best Fit how an acceptance of anxiety and stress led to the pop singer getting in touch with her emotions a little more.

So up until about two years ago I had always considered myself an extremely chilled out person; never stressed out by anything - the opposite of my mum! One of my best friends – who (she’ll agree) is a serious worrier, and very different to me – used to always say “you’re so laid back, you’re basically horizontal”. But something’s happened in the last couple of years that’s made me realise that actually I might not be as chill as I’d like to think I am, and has made me retrospectively realise that I was struggling with under-the-surface anxiety when I was younger without even realising it.

Whilst my head is always in denial, and internally shouting at me that everything’s fiiiine, it’s my body that gives me away. I got hit by a bout of really terrible glandular fever about five years ago, off the back of a crazily busy 7-day-a-week stint in my life where I was working in an office Monday-Friday, going to girl band auditions in London every Saturday and doing a London acting course every Sunday.

When I got diagnosed and finally stopped, it hit me really hard and I was bed-bound for three months. I lost a stone and a half (my uni weight basically…) cos I couldn’t summon the energy to eat anything and I couldn’t really move anywhere past my bedroom so my muscles just deteriorated. I was sleeping for about 22 hours a day on average until my body then decided I’d slept too much and didn’t deserve to sleep anymore so it hit me with a nice dose of insomnia.

My vocal chords split too, for some unknown reason, which obviously freaked me the F out cos I was terrified I’d never be able to sing properly again, and I had to have speech therapy to cure it. I got better obviously, and since then have been fighting fit. EXCEPT for a pattern I’ve discovered recently, which basically consists of my glands deciding to pop up a day or two before every single big gig I have. Which is obviously super unhelpful, but I’ve come to realise that it’s just my body’s way of telling me "YOU’RE NERVOUS, STOP PRETENDING YOU’RE NOT".

Since this kind of "eureka!" moment of putting two and two together, rather than just thinking I have the worst luck in the world and the shittiest immune system and that the world is out to get me, I’ve started to figure out that to avoid these little annoying recurrences I just need to acknowledge my emotions and do everything in my power to embrace them and then learn how to calm them; e.g. exercising, getting a massage, just going out and socialising and seeing mates rather than locking myself away for a weekend so as not to strain my voice or tire myself out; turns out that ends up just doing the opposite and stressing me out so much cos all I’m left with is my own pressurising thoughts and I build the gig up into some huge scary thing in my head, when in reality the minute I get on stage I fucking love every minute of it and, SHOCK, nothing ever goes wrong. The build up is always so much worse than the thing you’re actually building up to. As the saying goes: "Worrying just means you suffer twice". And actually, the thing I’m worrying about is never something that makes me suffer; in fact it’s one of my favourite things in the world to do. So why stress?

Yes of course, we should have nerves – they’re natural and they keep you energised and they help you give a great performance (if you’ve got a hold on them, rather than allowing them to take over you), but as my Dad always likes to tell me, you just need to adjust your mind-set, so that “you’re not nervous – you’re excited”. It’s amazing how powerful a simple mantra like that can be. I still get nervous, obviously, but I don’t get the crippling stage fright I used to get before gigs, and I’m now starting to slowly figure out how best to read and understand and listen to my body to make sure that I’m no longer fighting it or ignoring it or putting my head in the sand about my anxieties.

I think my most elaborate case of my body desperately trying to tell me that “YES you are in fact vvvvvv stressed!!!!” was during my A-Level exams. I was chilled. Or so I thought. I had done a bit of revision – not loads, but I was quite lucky (and annoying) in that I didn’t have to revise that much to retain information and my exams usually went pretty well. So yeah, in my head I was like yeah I got this, but then the weirdest thing happened – I got the most painful and horrendous rash appear over all of my limbs, which was like raw to touch, and simultaneously my joints all stiffened and swelled to the point where I could barely walk or bend my arm to hold a pen.

It turned out I had something called reactive arthritis (with a rash as well cos, why not?) and my doctor, when prescribing me steroids, told me that it was most likely a result of stress from exams…. I was like WTF you’ve got to be joking, I’m fine!!! But the truth is I’d obviously repressed my anxieties so much that my body felt it had to something batshit crazy to make me realise my internal emotions. I’ve never had anything like that since, but I have had a panic attack, which again felt so alien to me cos I didn’t recognise myself – I am not the person who has panic attacks, that just isn’t me. But I was having one, so there you go, that is me. Again, that’s only happened the once, but it shows that my body is capable of it when pushed to its limits.

On the whole, I do still see myself as a pretty chill person (you’re probably all reading this now and being like … ‘gurrrrrl you still in denial’), but obviously there are times when I get anxious, like every other person in the world, and for me now it’s just a case of trying to be more in tune with my emotions so that I can acknowledge when I’m feeling that way and accept it. I think the overriding message of this though is that I am in fact slowly turning into my mother*.

*Jk, she never represses her emotions, she’s just out and proud with her highly-strung, constantly-worried, craziness.