Ahead of the release of their new album, Let The Dancers Inherit The Party, British Sea Power's Yan Wilkinson talks about the joys of doing very little on benches.

As I write this, I am doing very little on a bench in an unremarkable part of Brighton. It’s a great hobby that is very rewarding. It’s free, easy, and a lot of fun.

There is a man with a beard and reflective sunglasses approaching. He has a full menagerie of child outriders on assorted scooters, and a Labrador. Looks like a good guy. One of the kids is looking a bit precarious on the scooter. Will she crash…… Nope. Nothing exciting happened there. Great. The less that happens the better in general. There are no strict rules but there are a few vague unenforced guidelines. It is ok to do a little bit. Thinking is ok. Even a look through the paper or a few pages of a book is ok but not all the time. Music on headphones can enhance the whole activity. Chatting if someone strikes something up is ok too.

Generally, my favourite spots (90% benches but there are options) are the quiet ones. Up on the cemetery overlooking the city with the odd fox passing by. Or in the less used green areas where not much happens. The odd kid bunking off having a cigarette or a dog walker. Usually the less the better but it can be a nice change to sit in the station and watch the bustling mass of people whilst not bustling in the slightest myself.

I have to admit that I have slacked off recently and will try to fix this. Even doing this today is sort of cheating really and shouldn’t be repeated. An actual task whilst doing very little on a bench isn’t really on. Anyway, back to it. A beverage, coffee or a lager is fine and is ideally taken from a flask. Not the lager obviously which should be can-based. Pasties, sandwiches and other snacks are a great addition. There is no direct attempt to gain anything from this activity but I can assure you the benefits are tremendous. Some people may call it idling but that sounds too much like an action to me.

I just had a nod from a rough looking geezer. Maybe he does very little on benches too and recognised a like-minded fella. Maybe not. Just friendly. Either way, other than a few house sparrows (identifiable by their grey head tops rather than the brown of tree sparrows) who hopped around some food-based litter, I’ve got to say I’m not feeling it today - probably due to this typing but it was a compromise and there are some German radio interviews to do shortly so it’s my only shot.

It’s nice to see the trees are beginning to blossom and there is some sun. If I go home now I can get a second chance on the garden bench for 15 minutes as a top up. It's quite a good one the garden bench as I can watch the goldfish and pigeons and it's almost 100% certain no one will bother me at all. Well, that’s it then. I hope I haven’t jinxed it. 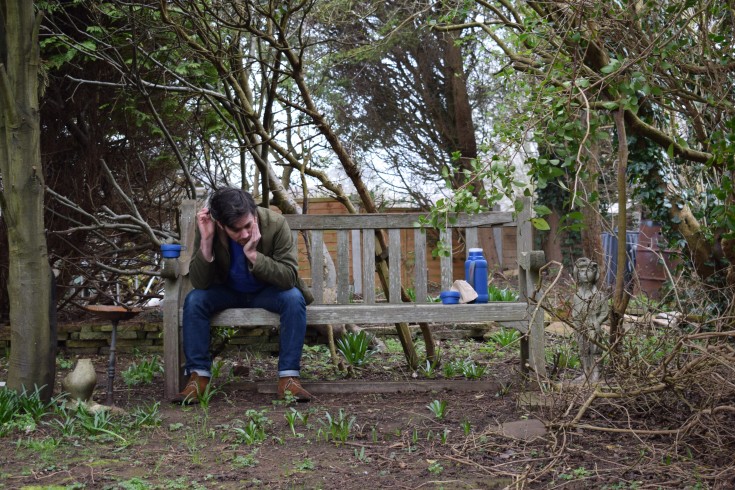 British Sea Power's new album Let The Dancers Inherit The Party out on Golden Chariot (via Caroline International) on 31 March. Pre-Order it now. British Sea Power are touring the UK in April, check out the full list of dates and get tickets here.