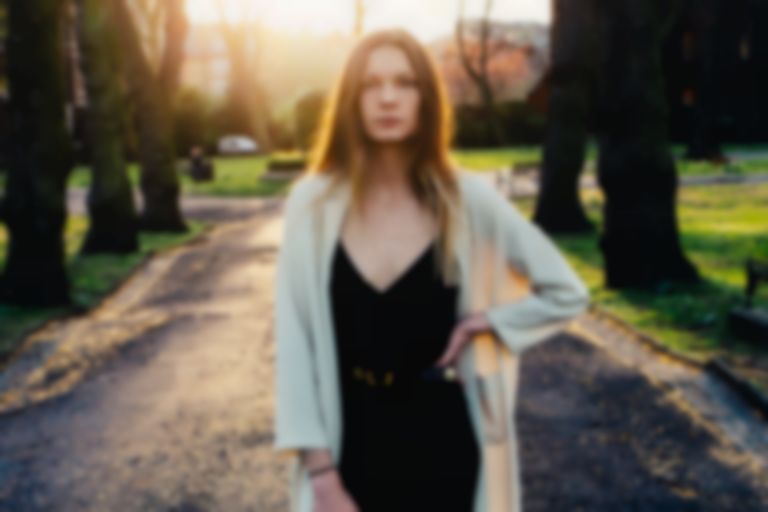 Standing in the Way of Control

Rosie Lowe has been thinking a lot about words and meaning recently. In particular, the troublesome F-word. “More than ever the word ‘feminism’ needs re-appropriating,” she says emphatically when we meet. “It just means equality, it’s as simple as that. More now than ever we need men and women getting behind the word ‘feminist’ – I’m not going to shy away from it.”

She’s also been thinking a lot about the word “control” – who has it, how much she should hold and how much she should let go – and asking herself, can a person really have autonomy if their own controlling behaviour is getting in the way of life? It makes sense then that her debut record takes its title from this complex word, on which she unpacks her thoughts on gender, identity and friendship.

“It’s like I’m giving birth, to a child I’ve carried for two years,” Lowe says. “I’m trying to relinquish some control. I used to be so obsessed with controlling everything, but you can’t create under those conditions  – You’ve got to allow yourself to fail. This is the last part of the process of letting go, literally relinquishing the album.”

“If you’re in a position of influence it’s your responsibility to promote equality...to show young girls, and men too of course, that music is a job anyone can do.”

Brought up in Devon on a diet of jazz and world music, the youngest of six had an exceptionally free childhood for someone with control issues, drawing influence from artists like Erykah Badu –“She made me believe I could do it all” – and getting an early education in feminism from her mother and sisters: “My oldest sister especially, she’s the coolest person, she really led the way for me in terms of feminism. My mum’s incredible too, she’s so strong.”

Now, she wants to do the same and help lead the way for the next generation of young women; for Lowe, artists have a duty to fly the flag of equality. “If you’re in a position of influence it’s your responsibility to promote equality,” she says, resolutely. “I couldn’t think that more. I think it’s dangerous if people aren’t pro-equality. To show young girls, and men too of course, that music is a job anyone can do.

“Just how politics would be a lot better if there were a lot more women in it, it’s the same in a band, you get different approaches from different people, and it’s best to have them all.” 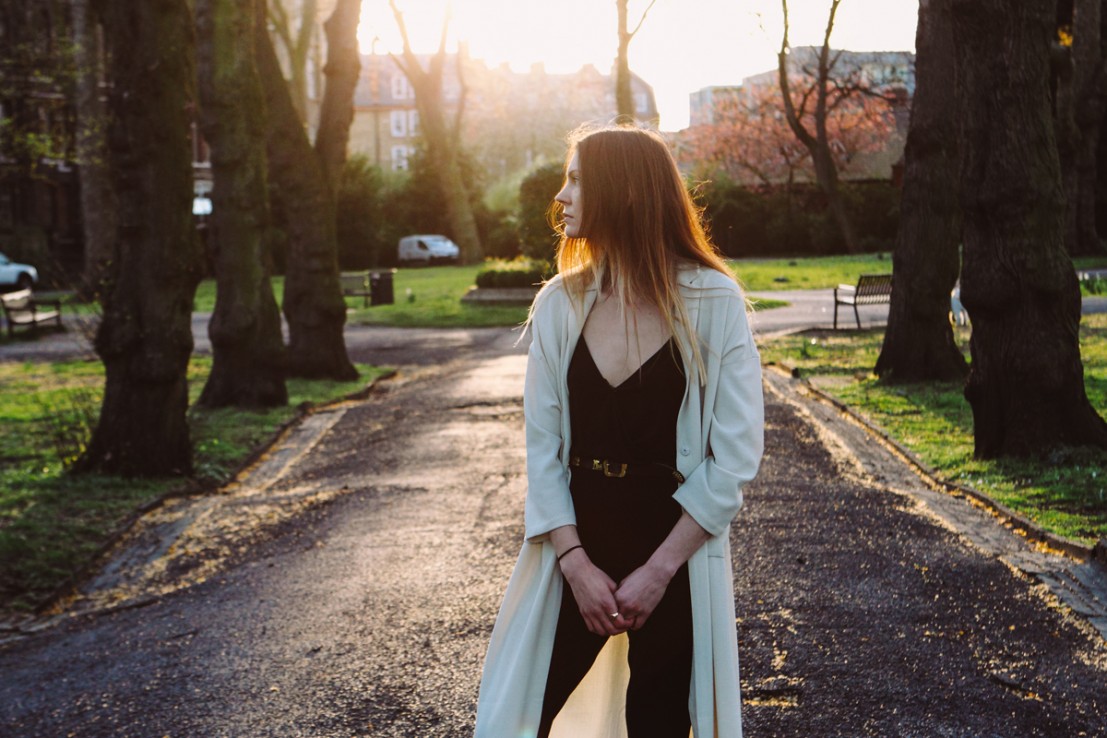 Her experiences pushing up through the music industry have shown her just how important it is to keep this conversation going; when people assume that a man is writing her music, for example. “I just have to laugh – it’s funny, in a way,” she says. “It just reiterates where we’re at, and shows me I’m not going completely mad – we still have so much work to do.”

Lowe believes this begins with education, and nurturing a new kind of attitude among young people, in this postmodern age of empowered Tweens and disturbing hashtags like #WomenAgainstFeminism. I think at the moment, society teaches young women that feminism isn’t ‘cool’. It’s cool to just be chill with everything; if you bring stuff up you’re labelled as high-maintenance,” she says.

The pressure to “just be chill” is enduring: Lowe says she has come up against this time and time again in the music industry – yet more signs that the feminist fight is far from over. “Because I know what I want, I’m not going to compromise me, my output or my vision,” she says. “I’ve been told I’m being ‘emotional’ before when I’m just telling someone I don’t agree with them. I know my male counterparts doing the same thing don’t get criticised in the same way. Why can’t a woman be assertive without being labelled emotional, hysterical, shrill…but a man is just ‘assertive’?”

“I watch my friends suffering with their body image and girls putting their self-worth not on what they know but how they look, and it’s clear we still have a long way to go”

The double standard applies just as much to appearances as behaviour, and this is something that plays on Lowe’s mind: “Womanhood is beautiful and brilliant, I love being a woman, but there’s dark stuff around it too. All these amazing, incredible, inspiring women – how much time have they wasted fretting and worrying about the way they look?”

She slams modern society’s unrealistic and boring identikit approach to beauty, frustrated that women (including herself) still pander to it. “We’re all so different and too fucking right – imagine if we all looked the same? The world would be like the Sims or something,” she says. “I find it in myself too, glimpsing my reflection in shop windows, or my eyes going straight to my thighs in the mirror.  And when I see the women around me obsessing over it all, over ideals peddled by old white men, basically. I just find it heart breaking.”

This inspired stand-out soulful track, "Woman", on which Lowe picks apart the traumatic self-criticism that all women will be far too familiar with. “I have analysed every single inch of my skin / And comparisons I can’t seem to break in my daily routine / I found myself obsessive with imperfections that only I see,” she sings. “Why should my intellect be judged by perceptions of what I should be? And who says that is right we must stop looking in deep?”

“That song means a lot to me – it’s the root of my daily experience,” she says, of "Woman". "Among all the incredible people trying to make a change and fight for gender equality, it’s hard to block out the voices saying ‘things are fine now’ and suggesting gender inequality no longer exists. I watch my friends suffering with their body image and girls putting their self-worth not on what they know but how they look, and it’s clear we still have a long way to go. I guess this song is just me saying ‘I hear you’ to all the girls still having to fight to be heard, because I think we can all relate to that.”

“Womanhood is beautiful and brilliant, I love being a woman, but there’s dark stuff around it too.”

Lyrically, it’s rare for an artist to wear their heart so firmly on their sleeve, and the track’s accompanying video features something equally rare: dancers of all shapes and sizes. They appear in their underwear but (another rarity) are not sexualised. “Some people think that being empowered means covering up,” says Lowe. “But I think the female body is incredibly beautiful. There’s a big difference between art and something sexualised – Bat for Lashes is a great example of this, she’s naked on her album cover but it’s not sexual. It’s beautiful. 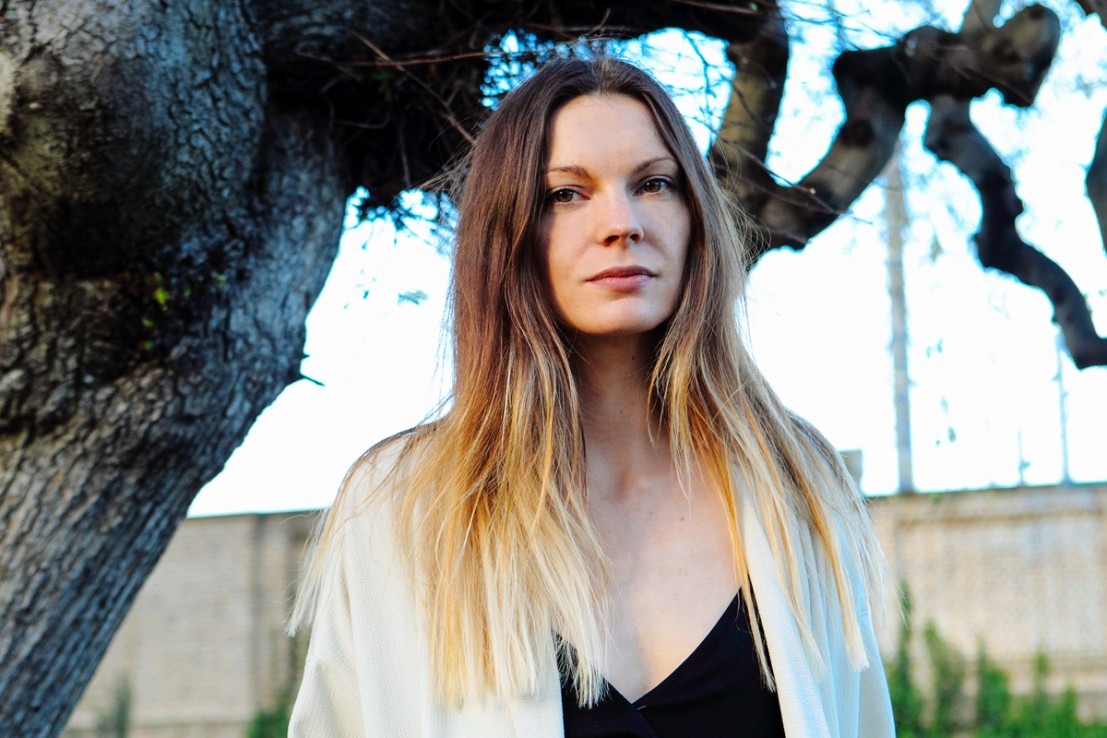 We talk about the pressure on modern female artists – with Twitter and Instagram, as well as videos, photo shoots, and stage performance – to please whatever gaze is directed toward them, to care what others think. “It’s so dangerous to put your self worth into numbers – how many people ‘like’ your posts – and into your image. It’s scary. And the amount of time you waste on your appearance, you could be practicing an instrument, learning a language, writing a novel. If I have a daughter I want her to worry about her book, not taking a good selfie.”

Lowe describes music as her “saving grace, kind of like my escape” – it helped her side-step school cliques and form her own identity – but it also is a sort of therapy. “Music is like my therapy,” she says. “A lot of the time I’ll discover things about myself while I’m writing. It comes out and then I’m like, ‘Oh fuck, I’m obviously really upset about something’.” This is how the track "Nicole" came about.

“Nicole is my best friend in the world. My sister. She is everything to me,” says Lowe. Her friend was in an unhealthy relationship, living far away. “I could see she was unbelievably unhappy and on a downward spiral. I wrote the song and sent it to her – originally it wasn’t written as a song for an album, I was writing a song to express myself to her.” She wants to extend this spirit of female friendship and support through her music: “If my record could help someone feel less lonely or less isolated then it’s achieved what I want.”

“I’d rather have just enough to live on and create the music I want to make, than have all the riches in the world but have my music compromised. “

Inevitably, a woman putting herself out there in the public eye doesn’t take long to attract comparisons to other women already in the field. When those comparisons are lazy, Lowe sees it as another gentle reminder of the patriarchal nature of the music industry, the media and our culture at large. “I get called the new BANKS or the new Jessie Ware, but I get it; we need things boxed,” she says. “I personally don’t listen to music that way, but I understand, and it’s not an insult – they’re all great women making great work. If I’m pigeonholed with a load of artists I actually sound like, I don’t care.

“But if it’s just because I’m a woman with long hair, boxed in with a load of other women with long hair, that’s a whole different thing, and that’s when it makes me angry. Like, are you going on what you’ve heard when listening to my record, or just by my press picture?”

For Lowe, there’s an implication there that she’s somehow not as serious an artist as her male counterparts, and this woman could not be more devoted to her art. “I’m not in it get ‘far’ in the same way that some people might be. I don’t see success as a number, it’s hard not to get sucked into that – how many likes, how many shares – but it really doesn’t mean anything to me. I just want to be able to sustain myself, and continuing to write music. I’d rather have just enough to live on and create the music I want to make, than have all the riches in the world but have my music compromised. That wouldn’t make me happy, it’s as simple as that.”

There speaks an artist, a feminist, a woman, who knows exactly what she wants, and isn’t afraid to reach out and grab it with both hands. A twenty-first century girl.

Rosie Lowe's debut album Control is released on 19 February via Polydor. Get it via iTunes, Amazon or Spotify.