Growing up in New York her most memorable musical moments were spent in front of the box. Watching the golden era of MTV, Rexha became enthralled by the combination of songs coupled with visual imagery, where videos by early incarnations of pop megastars Beyoncé and Gwen Stefani would inspire her own artistry further down the line.

As someone who’s spent years writing for other artists, including Rihanna and Selena Gomez, before forging a path as a performer in her own right, naturally Rexha has chosen a whole bunch of strong female songwriters as touchstones for her own writing. When we meet in London she references her love of the raw lyricism of Alanis Morissette and Tracey Chapman, which is something she’s trying to bring back to pop music with her own candid songs.

Rexha also wants to bring back the good old acoustic guitar too. “I love The Fugees, I love No Doubt, I love Alanis and I love Kanye, but urban music has become so big; there’s been a void of pop rock music and stuff with guitars. I hear Ed Sheeran with it but I don’t really hear girls with alternative guitars and that’s missing big time. Those girls are missing, you had Fiona Apple and those Natalie Imbruglia ‘Torn’ vibes and I miss that. I love guitars so much, I had a piano moment but now I just love guitars.”

“Now because I’m a bit older - I’m not twenty one or twenty two - I can bring these songs to light in my own way. I played ‘Killing Me Softly’ at a show and none of the kids knew it, I asked if they knew Alanis Morissette and they didn’t. They were sixteen, seventeen, eighteen year olds, so it was like bringing a new light to the sounds that have inspired me and doing them in my own way.”

Just as watching MTV provided her with inspiration, Rexha wants to carry the torch of the artists and music she loves to a new generation, where the narrative is discovering one’s own voice and running with it.

“Say My Name” by Destiny’s Child

“I remember when MTV was a really big thing and music videos were so prominent at the time, there was no YouTube and stuff. I remember hearing ‘Say My Name’ for the first time while watching the video and thinking ‘This is the coolest thing I’ve ever seen.’ The whole monochromatic vibe and the stop in the choreography, I just got goose-bumps talking about it. Destiny’s Child were so dope and I fell in love with Beyoncé.

“I think it inspired me not just musically, but it also taught me how important visuals are with songs. This was one of the first songs where I was like ‘Oh wow, it’s so important to marry both worlds.’

“Everything about it was so inspiring to me and I’ve used that video and that sound as inspiration, not even that sound exactly, but the quality of it at the time. Even now, you can listen to it back to it and it’s still such a good record. I love the strength of it.”

“Killing Me Softly” by Roberta Flack

“Ashford and Simpson had this bar in uptown New York City and they had open mic nights every Monday. I went there one time and they’re really big songwriters, so I was like ‘Oh my God, imagine if they’re there?’ and they ended up being there. I went onstage and said ‘Hey everyone, I’m gonna be singing ‘Killing Me Softly’ by The Fugees.’ I always did the Lauryn Hill version when I performed it.

“After I finished the song Ashford came up onstage and said ‘Let me teach you something…’ and I was like ‘Oh my gosh…’ He said ‘When you go home tonight I want you to buy ‘Killing Me Softly’ by Roberta Flack, because that’s the original. It ain’t no Fugees, its Roberta Flack.’ I was so embarrassed, but I learned something that night. I listened to the song, I love The Fugees version and I love the Roberta Flack version, but I always say Roberta Flack now because I get scared!

“I love how Roberta Flack was able to describe a moment; how he was watching her and how she was able to make that moment into a whole song, that’s very cool. A lot of times when I go into writing sessions people think it’s got to be this long drawn out thing, but sometimes I like writing about moments or a simple thing and they’re ‘But where’s the turn in the story?’

“To Zion” by Lauryn Hill

“Same thing with ‘To Zion’. I love strong female writers and I love when people sing about real things in their life, because that’s what I do; I couldn’t see it any other way. Maybe I’d write about somebody else’s story if that really inspired me, but I’d have to really know every inch of what happened and really feel their pain.

“I love artists who draw from their own lives, so Lauryn Hill is definitely one of my favourite female, empowering artists. The Miseducation of Lauryn Hill was so iconic; it fulfilled all of my desires. 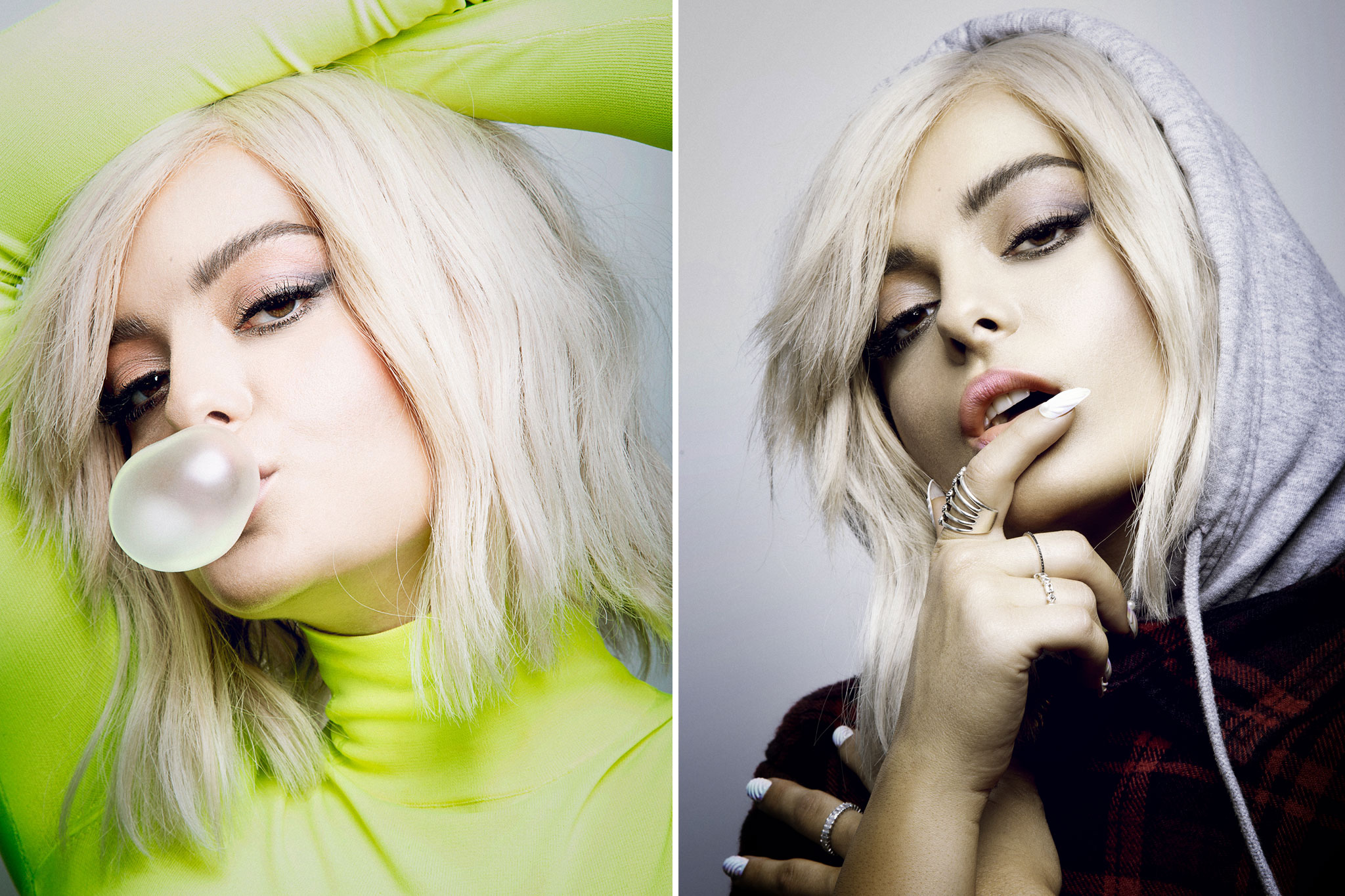 “I love that she was able to write a song about getting pregnant and people being ‘No, you can’t do this, do you know what you’re doing to your career?’ She still made it and was like ‘Fuck you’. That was really cool.”

“Don’t Speak” by No Doubt

“This is another song where I remember hearing it for the first time when I saw the video, and I loved the image of her pulling the orange. I love the idea of No Doubt coming out with ‘Just A Girl’ and stuff, it had a pop vibe to it, but it was still kind of angsty and that’s what I love about it. It made me feel so cool listening to it.

“I didn’t know what ‘Don’t Speak’ meant until I had my heart broken for the first time, but aside from that, I just thought the song was completely different and I love how the meaning of it changed. I was in a bar and it was playing and I was crying to it, then ‘Someone Like You’ by Adele came on and I cried to that too. I was ‘OK, now I get why these songs work.’

“When I first heard ‘Don’t Speak’ I just loved the melodies and the whole vibe of the band. I really felt Gwen was this really powerful, female badass bitch in a band with all guys and she could hold her own. I thought that was really cool.”

“Alanis Morissette is another strong female speaking about real life stuff and I love this song so much. The lyrics of ‘Ironic’ are phenomenal - the video is too - but the lyrics on that record are so incredible. Even though I read a whole thing about the lyrics not really being ironic, I couldn’t care less about that.

“I think with Jagged Little Pill that whole vibe was so fresh. I love when songs are so raw and cunty and in your face a little bit, and I definitely feel like that’s what her music is, it’s not safe. When you listen to her music you just wanna sing along in the car, put your middle finger out the window and be like ‘Fuck everything!’”

“I probably heard ‘Fast Car’ for the first time when I was in my twenties, ‘Give Me One Reason is an incredible record too. I definitely feel that way about guys sometimes. 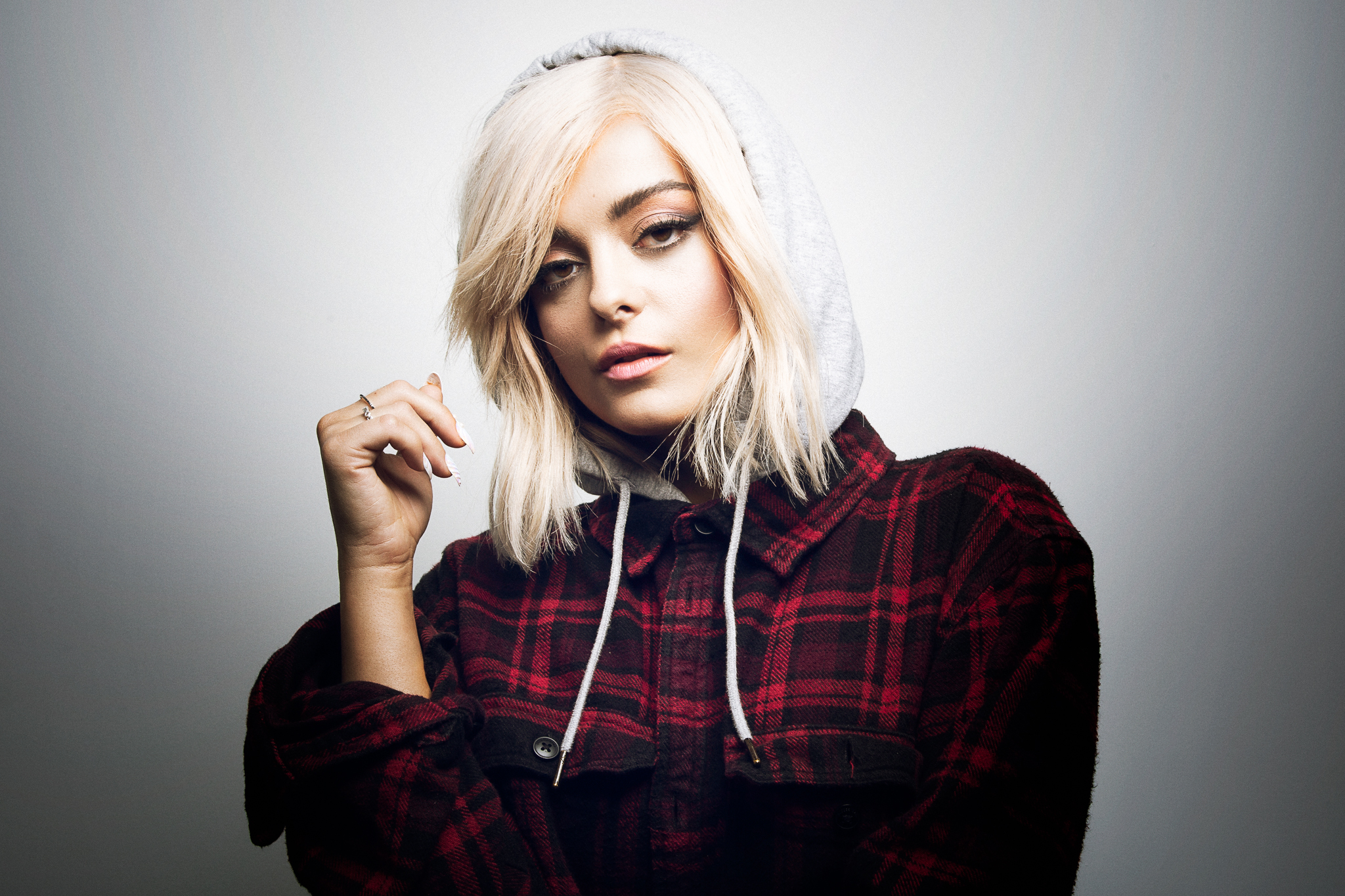 “I’ve listened to this so many times when I was bummed. I can’t drive, but when I’m in LA sometimes I’ll go with my friend, we’ll drive to the beach and this is the perfect song to listen to, because sometimes I feel like I want to runaway, but I can’t really runaway, there’s nowhere to run away to.

“This song has the feel of a need to start anew and to go somewhere. Obviously that’s something you can only fulfil within yourself, but I love the feeling that she conveyed, it’s really powerful. And the fact that it’s quite romantic, in the sense of ‘we can go together’, but it’s not overly romantic, it’s something deeper that’s not just about love.”

“Welcome To Heartbreak” by Kanye West

“When I listen to ‘Welcome To Heartbreak’ I can relate to it. Obviously I’m not on that level but I’ve been in situations where I’ve been in business or first and I have people in the back, like my brother, and that sucks. I’ll try to get them tickets up front and they’re like ‘No, don’t waste money.’

“It’s him talking about his Dad in the back with the Grandkids and they’re laughing. His friends are showing him pictures of their kids and he just shows them pictures of his cars and his houses. Being on the road I’m very blessed to do what I do, but sometimes I see my friends and they’re all getting married or having kids and boyfriends and I really don’t have time for that.

“As an artist you want to get to a place where the songs sound so polished, no matter what your sound is and how the fuck did he do that? I don’t know. Musically with the drums, violins and everything it’s so incredible, the musicality of it is very fresh. He puts distortion on his voice, like the auto-tuning, and it’s such a vibe. I’m very inspired by Kanye. Sometimes I listen to his albums and I’m like ‘How did he do that?’”

“Ready or Not” by The Fugees

“When this song comes on it just does something to me that I cannot explain. It’s more just the feeling of the record and the melodies, the humming part is so unique and fresh to me, I love Lauryn Hill’s rap too. 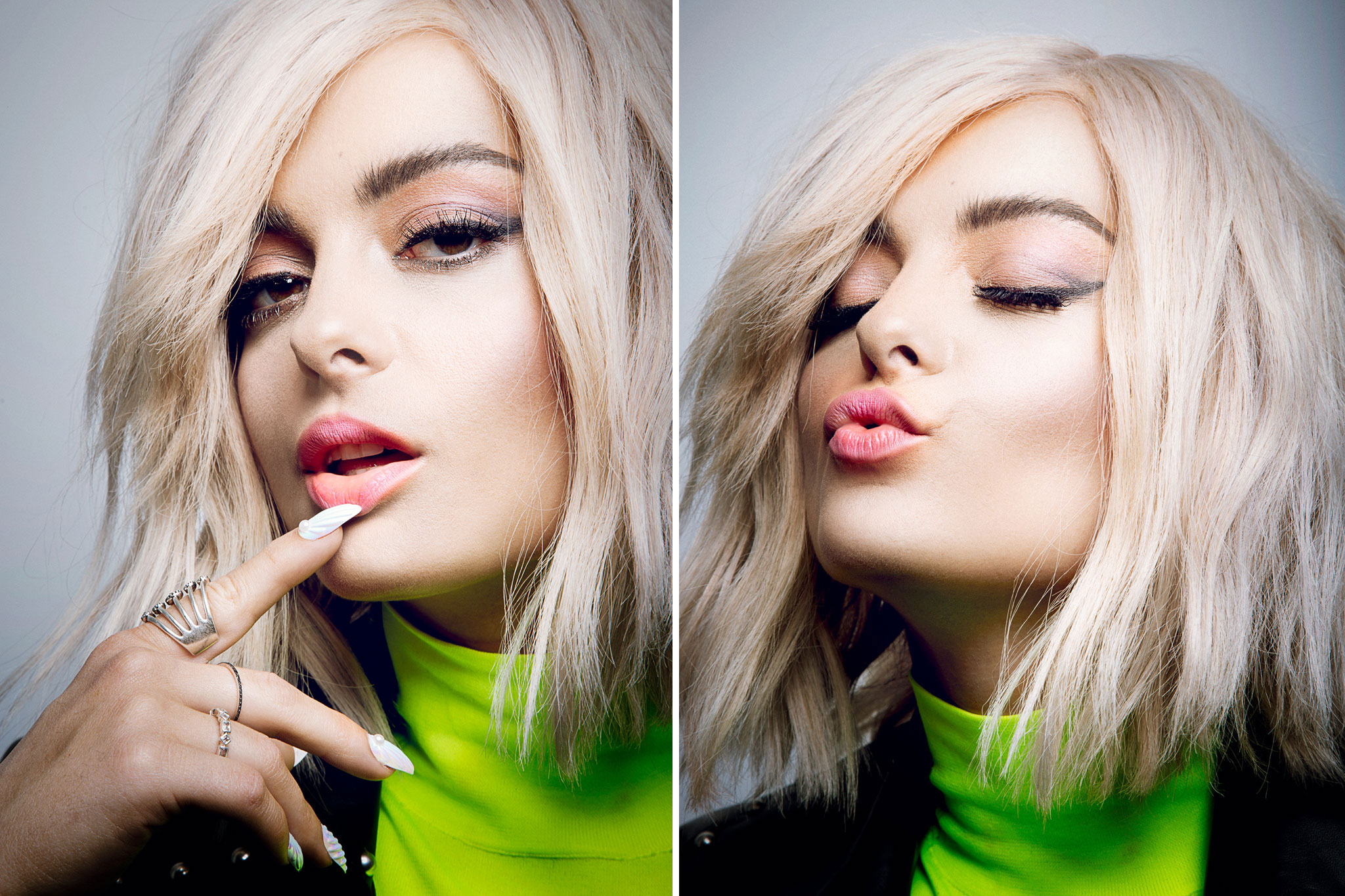 “These records have inspired me so much, like so, so, so, so much. I love rhythmic records like ‘Ready or Not’, they’re so powerful.”

“No Woman, No Cry” by Bob Marley and The Wailers

“When we would go on vacation - and we didn’t go on vacation that much, we would drive to Florida and we went on a cruise once - my parents would play ‘No Woman, No Cry’ and I always thought it was so cool.

“I honestly just chose this song because I love the melody, the ‘No woman, no cry’ and the ‘everything’s gonna be alright’ bits. Every time I hear this song I genuinely feel like everything is gonna be okay and it gives me a sense of hope. Bob Marley’s music was very happy and chill music but he also had a sense that he wasn’t just writing happy songs, he always said something, which I feel is important.

“His music always makes me really happy and I thought I’d be nice to put a happy song in here, so it wasn’t all just angsty stuff right?! Bob Marley filled such a void in music and he wasn’t scared. And I love people who take risks.”

Bebe Rexha's debut album Expectations and single I'm A Mess are out now.