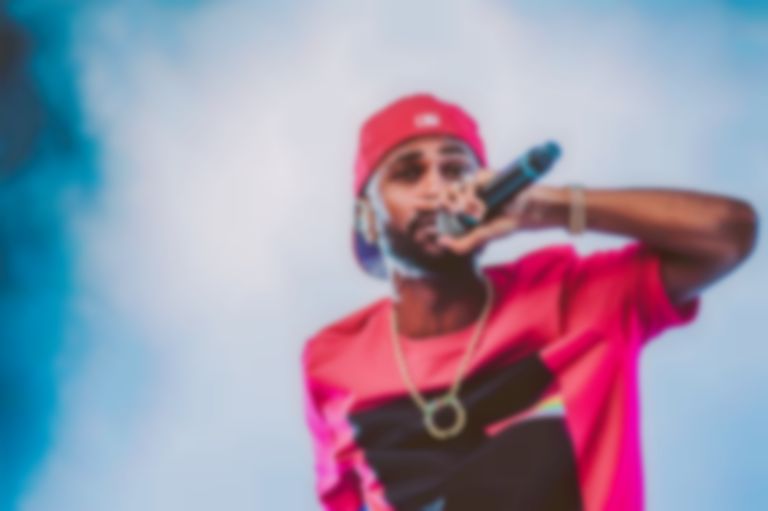 Going through a tough split? Just finished one? About to start one? Help cleanse your mind and soul with some grade A breakup bangers.

Music has a great power to help you move on, and if you're done feeling down, you've burnt all the stuff they left at your place, and you're looking to the future, then these are for you. Time to pick yourself up and blast these ones until the windows shake...

20. Taylor Swift – "We Are Never Ever Getting Back Together"

Taylor's sensational kiss-off to off-again-on-again beau Jake Gyllenhaal (or so the rumour goes) also marked a turning point in the career of the now-superstar - as the lead single of 2012 LP Red it saw the country starlet evolve into the fully fledged pop typhoon we know and love/love to hate today. Produced by Max Martin and Shellback, the track focuses on a relationship Swift's which she described as "break up, get back together, break up, get back together, just, ugh, the worst".

"It’s a definitive portrait of how I felt when I finally stopped caring what my ex thought of me," Swift told USA Today way back when. "He made me feel like I wasn’t as good or as relevant as these hipster bands he listened to… so I made a song that I knew would absolutely drive him crazy when he heard it on the radio. Not only would it hopefully be played a lot, so that he’d have to hear it, but it’s the opposite of the kind of music that he was trying to make me feel inferior to."

Key Line: "I'm really gonna miss you picking fights / and me falling for it screaming that I'm right / and you would hide away and find your piece of mind / with some indie record that's much cooler than mine..." LD

Dave Grohl, the Nicest Guy In Rock, wears a perpetual grin and rarely looks anything less than gleeful or cheery... so who hurt him so bad they inspired "Best Of You"? The Foo Fighters' ear-pummelling anthem is a rare beltalong moment that unifies dancefloors, parties, and pits, but despite the venom in each guttural howl... it's not an actual breakup song. It's not really about love at all. Inspired by Grohl's time with Democratic Presidential contender John Kerry, the song is one of "resistance".

"It’s about the refusal to be taken advantage of by something that’s bigger than you, or someone you’re in love with. It’s the fight in the face of adversity," Grohl explains. In an interview with Kerrang he adds: "Most people think it's a love song but it's meant to be more universal, which I think is one of the reasons so many people sing along when we play it."

Whether it was ever a 'breakup' song at the start is a bit of a moot point now; nowadays it's a cathartic anthem for the broken hearted, and we wouldn't have it any other way. LD

Key Line: "Are you gone and on to someone new? / I needed somewhere to hang my head / without your noose..."

The breakout hit for Baltimore synthpop crew Future Islands - helped along by a viral clip from David Letterman - is a refreshing, upbeat ode with breezy electronics and a deceptively hard-hitting chorus. It's catchy to the max and full of revitalising hooks to belt to the rafters, and it's all fuelled by frontman Samuel T. Herring's yearning croon, which whisks us through a "rocky relationship".

“'Seasons' was an idea to explain the passage of time in a rocky relationship that was on-and-off for two-and-a-half years," Herring says. "She had just gotten out of a long relationship; I was three years out of a long relationship and it was my first time having somebody again. While I was saying, ‘You’re the only person I want. I’ll give you everything I can,’ it was the very opposite on the other side. She did love me and give me those things at times, but there were also times when she was completely unaffected and didn’t really want any part of it." LD

17. The Buzzcocks – "Ever Fallen In Love (With Someone You Shouldn't've)"

The Buzzcocks’ eternal study of forbidden love has soundtracked heartbreak and misguided romance for 40 glorious years. Beloved of the late great John Peel and inspired by a line from Marlon Brando’s Guys And Dolls, “Ever Fallen In Love” started life of as “Orgasm Addict”... but was changed due to a perceived lack of radio play.

As punk rock split open, Pete Shelley’s homage to the ones we love but shouldn’t set The Buzzcocks on course to become one of the UK’s seminal power pop bands, a title they hold to this day. AP

Key Line: "We won't be together much longer / unless we realize that we are the same..."

"Heartless" takes centre stage on Ye's 808s & Heartbreak game-changer, with the Auto-Tune liberally scattered throughout the record arguably utilised to its best here. The whole record is a "therapeutic" exercise that helps Kanye cope with the passing of mother Donda West and bolt-from-the-blue departure of fiancée Alexis Phifer shortly afterwards. With that in mind, tou can probably guess who he reckons is "Heartless". LD

Key Line: "You run and tell your friends that you're leavin' me / they say that they don't see what you see in me / you wait a couple of months, then you gon' see / you'll never find nobody better than me..."

Effortlessly groovy '82 opus "I'm Still Standing" is one of Elton John's calling-card cuts: it's stuffed with hooks, a dramatic chorus, and some truly powerful vocals. Crucially, it's also a perfect tune to turn up to 11 when you're in need of a post-breakup pick-me-up. Despite this, John has actually said that the track is his "reaction to still being relevant and successful in the early 1980s... with the New Romantics creeping in."

As well as its status as a 10/10 breakup banger, "I'm Still Standing" caught a few eyes for its memorable vid.

"Elton John’s ‘I’m Still Standing’ was super, super, super gay," says video director Russell Mulcahy. "There was no holding back. We shot in Nice, in the south of France. My costume designer was in charge of body-painting all the boys. We had leather boys, and mimes, and kissing clowns. Bruno Tonioli, who’s a judge of Dancing With The Stars [and Strictly Come Dancing], was one of our dancers. I think he played one of the traffic policemen dressed in leg warmers and a leotard." LD

Key Line: "The threats you made were meant to cut me down / and if our love was just a circus you'd be a clown by now..."

Van Etten's breathtaking Tramp track escalates from a slow burner to a full-on inferno through its three-minute duration. It shines a spotlight on an unfaithful, controlling, and perhaps even abusive partner - but there's a sense that Van Etten is moving on and finding peace. Is it about a real incident? We might not know for sure, but Van Etten has spoke about an "emotionally controlling rocker boyfriend" she once had.

"When he would go on tour I’d play guitar and he would hear about it and he’d get upset. He got really mad at me one time," Van Etten told The Telegraph. "He broke my guitar. He later apologized about it. I don’t think he meant for it to scare me, but it did."

Key Line: "You enjoy sucking on dreams / so I will fall asleep with someone other than you..."

Big Sean's radio-unfriendly E-40 collab (which features writing from Kanye West and DJ Mustard among others) doesn't beat around the bush at all. There's no need to read between any lines here - Sean is 100% over his ex and wants her way outta his life. Chatting with Complex, Sean revealed that although the song "did not come from a bitter place at all", parts of it were inspired by his breakup with Glee star Naya Rivera.

Crank this one up and you'll be feeling better in no time. LD

Key Line: "Yeah, and everyday I wake up celebratin' shit / why? ‘Cause I just dodged a bullet from a crazy bitch..."

A favourite amongst karaoke goers the world over and famously covered by Doritos commercial house band The Mariachis, “Don’t You Want Me” is considered a pioneering song in the electropop genre and a must have in any post-break up song arsenal.

The Human League continue to court controversy some 30 years after their most famous of offerings with vocalist Joanne Catherall being barred from the Qantas Business Class Lounge in Melbourne recently for wearing UGGS. Rock 'n' roll is definitely not dead. AP

The six-plus-minute centrepiece on heroic comeback LP Broken English is a furious, filth-laden master stroke. It's a vitriolic work of art that marked Faithfull's return back at the tail end of '70s, and reinstated her to the top of the pile - but not everyone was quite so pleased: "Why'd Ya Do It?", based in part on Jimi Hendrix's version of Bob Dylan's "All Along The Watchtower", was banned in Australia for almost a decade.

The track is actually based on a poem by poet/writer Heathcote Williams, who had wanted Tina Turner to sing it. Faithfull, who took a shine to the words, pointed out to him that Turner would never agree to the profanity-laced jam... and the rest is history. LD