After nearly two years building a fanbase behind their screens, Toronto indie-pop trio Wild Rivers are relishing the return of live.

“We’ve been so grateful to be able to be doing it again, so the energy of the whole tour has just been really good. It feels nice to be reaping the rewards,” smiles vocalist Devan Glover as the three members of Wild Rivers huddle around a laptop in their motel kitchen, all smiles and Zoom-etiquette anticipatory silences.

“It’s the final dot to connect between us and our fans,” continues guitarist and vocalist Khalid Yassein. “We’ve got a great relationship with them online, but we always see it as the final step, to look someone in the eyes and sing songs with them.”

At the time of speaking, Wild Rivers are in the middle of a sold-out US tour, reeling from finally getting to play out the music they’ve been releasing, promoting and working on across the past eighteen months of viral disruption.

Formed by Glover and Yassein in Kingston, Ontario in 2015, the pair met while studying at Queen’s University, with lead guitarist Andrew Oliver joining the group via their then drummer. Together, the band create dynamic, intimate and heart-rending indie-pop that lays brutally bare lyricism over rich and emotional melody. Releasing their debut self-titled album in 2016, they began touring, taking advantage of the supportive system and community for artists in Canada. “We’re lucky that most of our favourite artists end up being Canadian just by chance, so we feel like we’re in good company,” smiles Yassein. 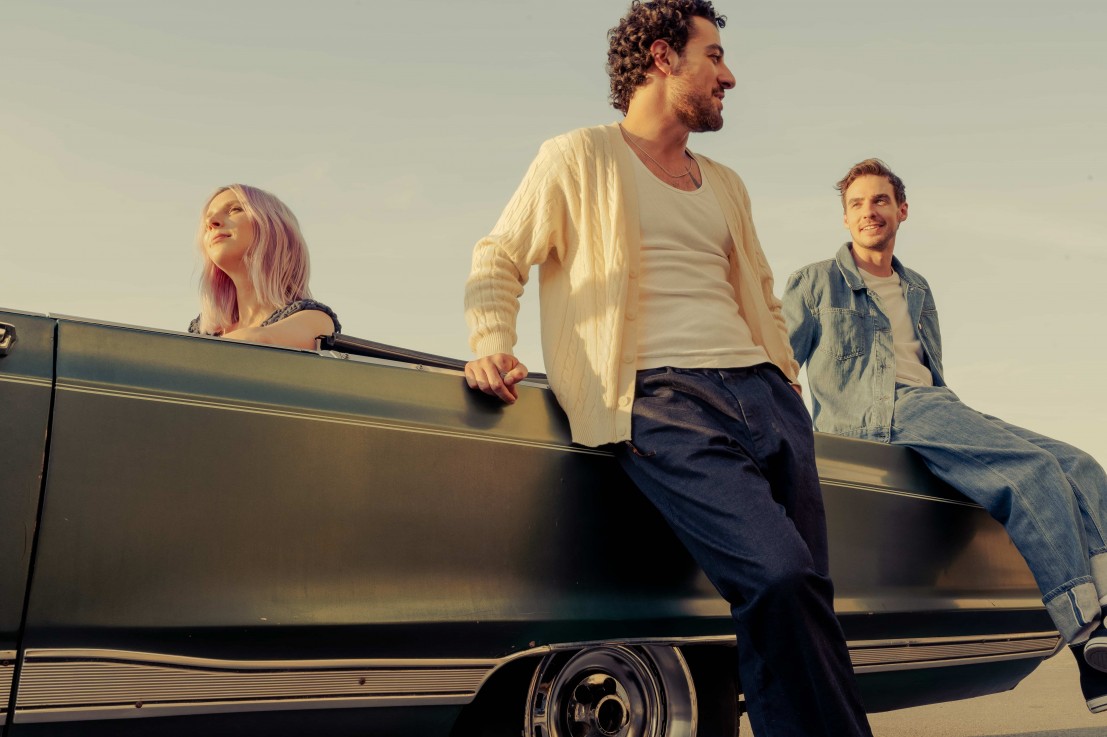 After the release of their Eighty-Eight EP in 2018, the band signed with Nettwerk, a label that prides itself on knowing how to drive streams, a perfect match for a group that thrives on the connection of playing live. They shared a couple of singles in the lead up to the release of their Songs to Break Up To EP, and then Covid happened.

After the initial period of shock, the band recalibrated and decided to continue with their release plan. “We had talked about moving it because it was pretty early on in the pandemic where everything was so unknown, like, it’s gonna last a few months so maybe we should just push it to the fall and then we can tour,” Glover explains. “Everyone was sitting at home with nothing to do and although we couldn’t tour it we were just like, let’s just give it to the audience and see how they contextualise it. I think it helped people through a lot of the tough times of the pandemic, so I’m glad we stuck with the plan.”

In March 2020 when the pandemic hit, Wild Rivers were in Connecticut, recording at the home studio of producer Peter Katis, known for his work with the likes of The National and Sharon Van Etten. They were a few days into three weeks of recording when they decided to pack up and drive back to Toronto.

The period of stasis which followed gave the group time to take stock. “We were in a serious time crunch on the first leg of recording. When we had to pull the plug on that, we basically had a year and a half, and we used all of it. We recorded in each other’s apartments, we went to family cottages up north and did some recording, it was a slog,” says Yassein. 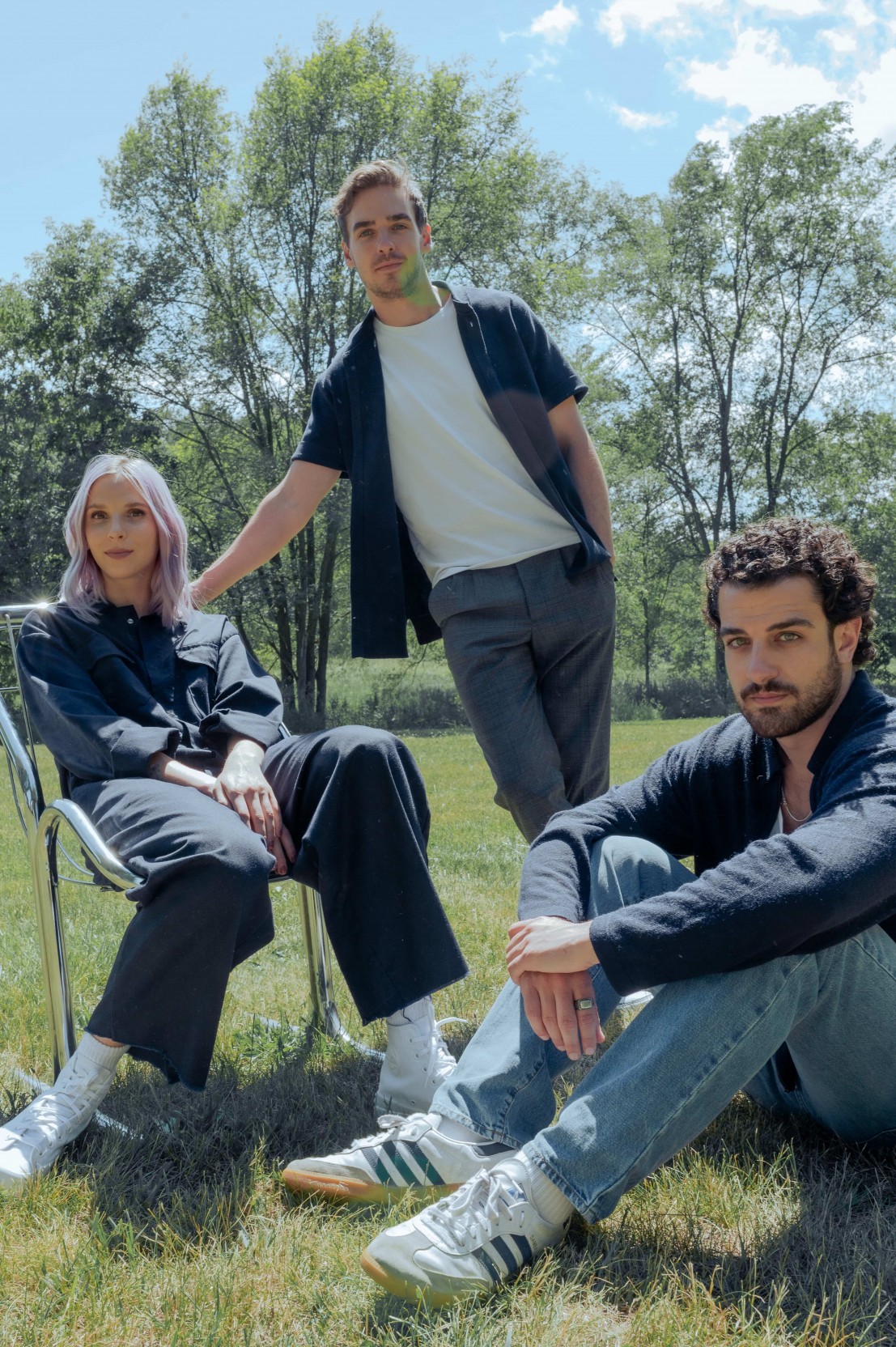 Thankfully, with all the material written, all that was left to do was piece together the recordings, working with Katis remotely. “I think trying to write an album at the start of the pandemic would have been a nightmare,” says Glover. “We didn’t see each other for the first four months, Toronto was completely locked down, so we had to wait a long time until we could comfortably start that process of recording back up. So I’m glad we didn’t have to write a whole album!”

Bringing things full circle, the record was finished at the residential Bathouse Recording Studio in Kingston, the city where the group first formed. “It felt like camp,” smiles Yassein. “We just woke up every day, got cosy in this Canadian winter studio and just finished the record.”

Due out in February, Sidelines is a confident and mature record that showcases Yassein’s talent for making the personal feel warm and comfortable. Early offerings “Better When We’re Falling Apart” and “Amsterdam” have an instant relatability, Glover and Yassein’s vocals wrestling together seamlessly. The record touches on themes of acceptance and the ability to be present in the moment.

Although it was written prior to lockdowns and social distancing, the subject matter felt all too pertinent when Wild Rivers began to record, with Covid dominating news and conversation. “It almost served as a reminder, some of the subject matter of the songs about presence and being aware of what’s around you, and worrying about the future, worrying about the past,” explains Yassein. “We wrote those songs before and they took on a new meaning. The project as a whole, the meaning revealed itself as we made it.”

New single “Neon Stars”, out today, holds that weight of hindsight. Romantically regretful and delicately spacious in its delivery, it's a simple piece of storytelling loaded with early-twenties sentiment. Co-written between Yassein and Caitlyn Smith in Nashville, reminiscing about the session he still lights up. “She’s just the best, kindest person and one of the most impressive songwriters and singers I’ve ever been in a room with,” he smiles.

Wild Rivers’ previous Songs to Break Up To EP blew up over lockdown, with lead single “Thinking ‘Bout Love” currently amassing over thirty-two million streams on Spotify alone. Now they’re finally getting back out and playing shows, and with newer material to preview, the band are taking pleasure in the amount of music they have to share. “”Thinking ‘Bout Love”, is our biggest streaming song ever, so it feels like it’s kind of our hit and everybody's singing along. At this point of the tour it almost feels like one of the classic songs for us to play in our show, even though we’ve only played it like ten times,” laughs Yassein.

“It’s also funny, we went from before the pandemic, having to add covers and really stretch out our setlist and add transitions, like, ‘How do we make this seventy-five minutes long?’ Now it’s just leaped to a process of, ‘How do we trim it down to that?’” Oliver continues.

“We only have room for sixteen songs, so we’ve got to make some tough cuts,” Yassein smiles, as they say their goodbyes, and head back out on the road.

Sidelines is released on 4 February 2022 via Nettwerk