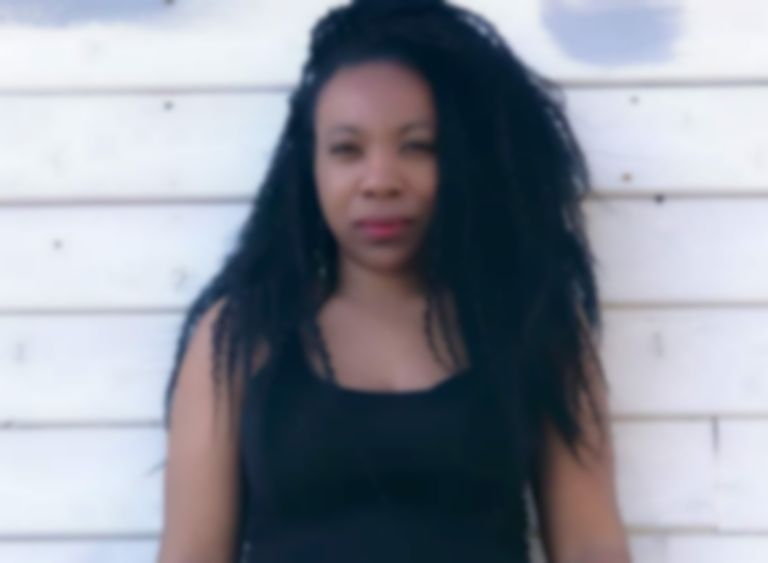 Bay Area poet and musician Tenesha The Wordsmith is reaching a new audience via South London label On The Corner, with her powerful, healing verse

Conversations form the crux of human connections. Sometimes these conversations are long-winded, and purposeful yet forgotten, then come those fleeting, detached interactions that remain inconsequential in the big picture that is your life. But, there are some moments, rare as they may be – short yet impactful, polite yet passionate, and forever in your memory. This was my conversation with Oakland-based spoken word artist Tenesha.

Tenesha - or Tenesha The Wordsmith as she’s better known - fell in love with writing and poetry at a very young age. Recalling the memory of earliest tryst with poetry, she tells me, “I remember is writing in the margins of a book my mother had sent me as a young child. It was the book Heidi that had beautiful oil paintings in them. I didn’t consider them poems then; I was just trying to put down my thoughts and make them sound pretty to match how pretty the book was but looking back as an adult I realise I was writing poetry.”

But her talent for the written word- her first love- soon turned into a long-lasting affair with the spoken word. She explains,” I became interested in spoken word at the age of 16, around the time it really began to get popular. I did slam when I was 17, came second place in San Francisco, and from then on I began my interest in the performance side of being an artist.”

From this point, there clearly seemed to be no looking back for Tenesha, with her first official album Body of Work – which she released in 2016 while living in Albany, New York- which fused hip-hop and poetry, thus establishing her penchant for not only words, but for music tool. Then last month came her uncompromising, powerful follow up Peacocks & Other Savage Beasts.

Speaking about the message behind her album, she says, “There isn’t just one...there are multiple - each poem can stand on its own. But one incidental thing that occurred is a message about seeking healing from trauma of any kind. Several poems are about healing from emotional, sexual or vicarious trauma - this healing is a thread that connects all the poems.”

Blending music and poetry, her latest collection produced by Italian producer (and Worldwide FM DJ) Khalab, is a wise, moving creation that brings together different lines of black music – folkloric, jazz, and electronic dance – into an afro-futurist story. Laden with trauma and pain as equally as it filled with love and healing, her nine-track album lays bare difficult truths, with a jarring yet welcome warmth in its delivery.

Delving into how she arrived at these “healing” collection of poems, she says, “It came together organically from my experiences as a teacher. The collection is about children and their stories. “Peacocks and Other Savage Beasts” came from my own personal trauma I experienced vicariously through my mom. I write from the perspective of what I feel deeply and what I see. At the time I was thinking about my students, my own childhood trauma, the back and forth that happens in relationships – which is how ‘Again’ happened- all these poems came from experience, my feelings and my thoughts. They just fit together.”

Feelings and experiences seem to be central to Tenesha’s creative process. She makes it clear she’s isn’t a star gazer, she respects celebrities - with hopes of collaborating some day with some big names in spoken word- but she isn’t inspired by them. It’s the lives and times of the people that pass her by every day that sparks her poetic creations.

She says,” I am impressed and inspired by women who are single and raising children like I am, I am inspired by those that wake up every morning to go to work and to do their best with whatever little they’ve got to work with, I am inspired by children who are resilient after having to cope with things children shouldn’t have to cope with like poverty, hunger and violence, I am inspired by my own family-my grandmother, my mother. I find inspiration in all those people who make the best of it with very few comforts, finding joy in everything. “

Everyday life, the history and stories behind normal people like her, me and everyone else is what leads Tenesha’s spoken word. A great example of this is her poem ‘Why White Folks Can’t Call me Nigga’ from this collection, which explores the intricacies of racism and the hurt that language can cause.

Making use of her talent to discuss topics important to her – such as race relations, mental health and sexism within the realm of the African American identity- she explains the instance which inspired the above poem, “ Someone will say something that sparks a poem. For example, ‘Why White Folks Can’t Call me Nigga’ came from a conversation I had with a group of people. These are the kind of conversations people are having in the US and worldwide as well, and that’s what I write about.”

Writing poetry that impacts people universally can be, and is, difficult. Having performed in London in June, the Cali-based artist returned in August to bring her brilliant work not only to UK but also Brussels. So how hard is it to appeal to culturally varied audiences ?

Tenesha’s answer is encouraging where acceptance of “others” is concerned. “Certain poems have a universal message, but some are specific to the US," she tells me. "Poems like ‘The Collection’ and ‘Again’, were loved by both sets of audiences. But poems like ‘Why White Folks Can’t Call Me Nigga’ there are instances of language that has history very specific to the US. But even still the UK audiences got it, and there was one white woman in the audience who was from the US who came to me and said that it was very jarring to her because the word comes from a place of violence and hurt which she could feel.”

It’s perhaps experiences such as these that makes this talented teacher want to vist more places. ”I’d love to continue travelling," she enthuses, "I want to go to places like South America and parts of Africa. I’d love if spoken word could take me to those places. I want to work with a lot of producers who are unknown. These people are like silent geniuses in their basement making amazing music. But I also love live instrumentals as well so would love the opportunity to play with live bands such as Tamar Colluctor.” 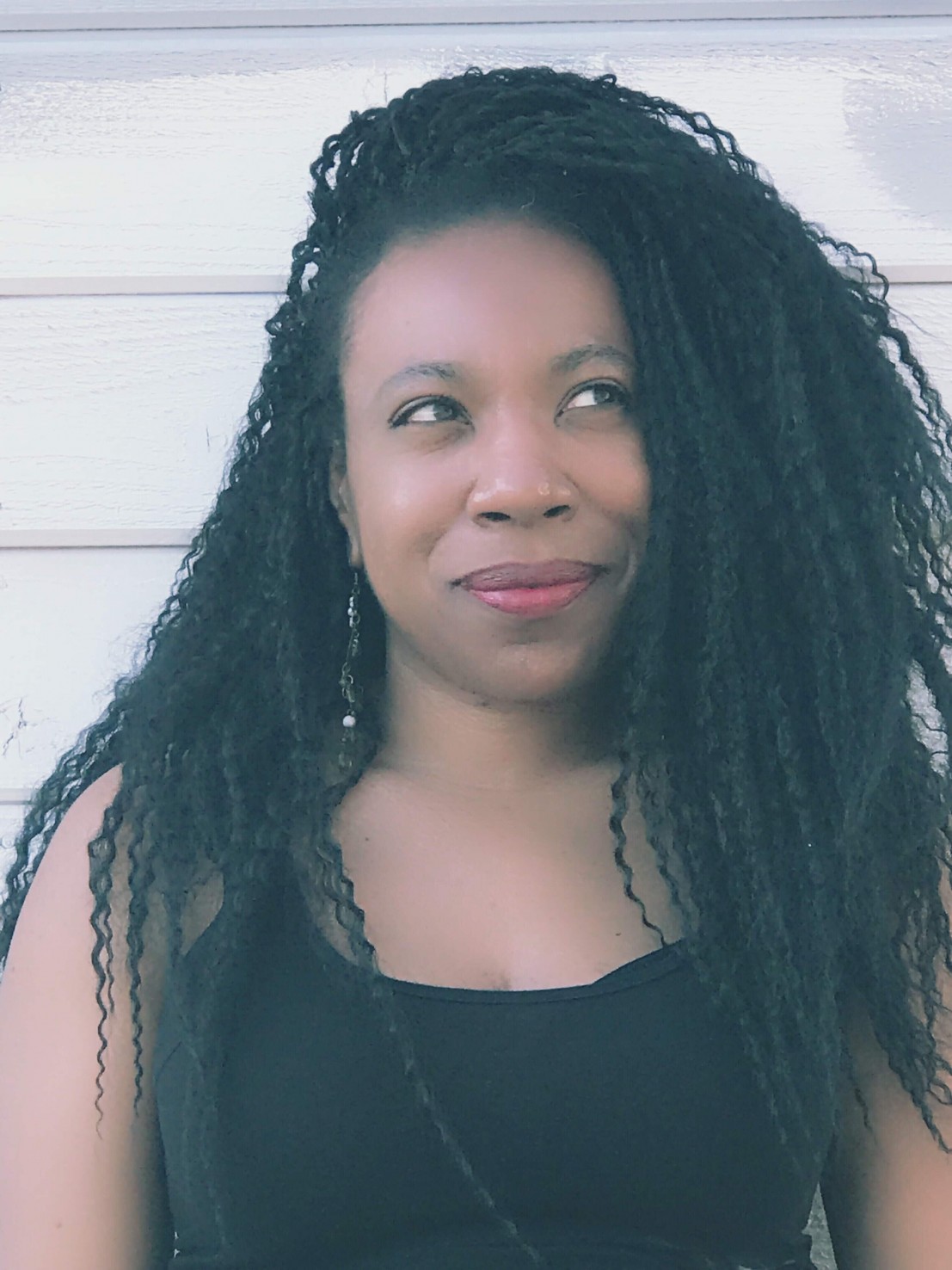 Where travelling and collaborations are concerned Tenesha is ahead of the game, she recalls some memorable moments in her spoken word career so far and says ,” I got to perform in London in June that was dope, performing at Glastonbury and the Love Supreme festival in Brighton were definitely highlights. I also loved working with Khalab and would love to work with him again.”

But what she wants more than anything, she says, is to leave behind a legacy for her kin. True to the name of her first work, she exclaims, . “I want my poetry to be a body of work that my children and grandkids can look back on when I’m no longer her and be proud of. I want the work I do and love to be my legacy.”

Coming from a place of love, it’s no surprise that despite creating poetry that is vastly varied in messages and visions, her overarching message is one of love. Talking about one message she’d love for listeners to take away from her poetry, she says, “The message of how love works. Love does overcome a lot of things. When something starts from a place of love, even if it doesn’t go well it can still be used for good. Love and self-care, love for children, love for whatever God you may worship – all the real love in the world that heals. Love that means forgiveness even if you don’t feel like forgiving. Love that makes you brave enough to do things.”

A wonderous wordsmith, whose work describes and explores human emotions in a seemingly effortless manner, it’s ironic when Tenesha is unable to describe herself as a person and artist in three words. She finally comes up with “eclectic, creative and open-minded.” All three are apt, perfectly suiting her, but if there are three words for her that I – as a passionate poet and word-lover- can come up with its “an incredible inspiration.”

Peacocks & Other Savage Beasts is out now via On The Corner