I track back from a group of men clad in white boiler-suits. The leader glares at me with a sick glee. Milk drips from his mouth. His grin is unnerving, but I want to know more. Who is this magnetic presence? This is Slowthai - born Tyron Frampton - and no, this is not how our interview started. It’s the music video for his track ‘North Nights,’ a woozy cut that envelops the listener like a dark street corner. The video is peppered with violent film references - A Clockwork Orange, The Shining, La Haine. A montage of violent cinematic iconography, framing its protagonist as a savage, determined to make you uncomfortable.

As I sit down with slowthai, he introduces himself with a huge bearhug and that ever-present grin, a far more understated greeting than I expected from those caustic music videos or that bristling delivery. I ask if his aggressive approach intends to shock people: "I feel like the whole point is there’s got to be a wow factor with anything in life. So I aim to shock people. I’ve got to say things that are thought provoking and make people think something, otherwise whats the fucking point? Otherwise I’m just rapping about money and girls and irrelevant shit.”

His music has many more facets than just an unbridled anger, though. His flow is sharp and his words resonate, revealing a young musician who has a lot to say and is itching to say it. His writing process began as a teen on the streets of his home city Northampton, after getting his hands on a bootleg VHS of 8 Mile: “Me and my cousin, our barber, he used to sell bootleg VHS tapes - he’d go to America, come back and copy all these new films onto VHS tapes and run it out the back of the shop. We went back home, watched it and just starting writing just for fun. From that, I just kind of did it.”

Since then, his process has become far more methodical. Whereas many artists will settle with being sent beats, slowthai stresses the importance of being involved in every step of the musical process: “No-one has ever sent me a beat and I’ve gone ‘woah.’ The people you’re in a session with, you get to know each other. Most sessions you meet the person the first time, you make a tune and the tune’s shit. It takes me time to get to know them, then we’re on the same wavelength. Even talk about my problems. If I’ve had something going on in my life, I don’t shy away or hide it. Then they’re in your headset, so anything they make will be right to that mood.”

Determined to retain his freedom as an artist, he refuses to be pigeonholed. I want to talk about his new bloodthirsty new track ‘Doorman’ produced by Mura Masa, calling it post-punk. “I don’t like being pigeonholed. The reason I do everything I do is that I felt like I was being pushed into this place, a circumstance or situation I didn’t want to be in, then I had to figure out every way possible to get out of it. It’s like, when you trap a rat in a corner it’s gonna escape. Unless it’s docile and gets caught (laughs) but you try and manoeuvre through! 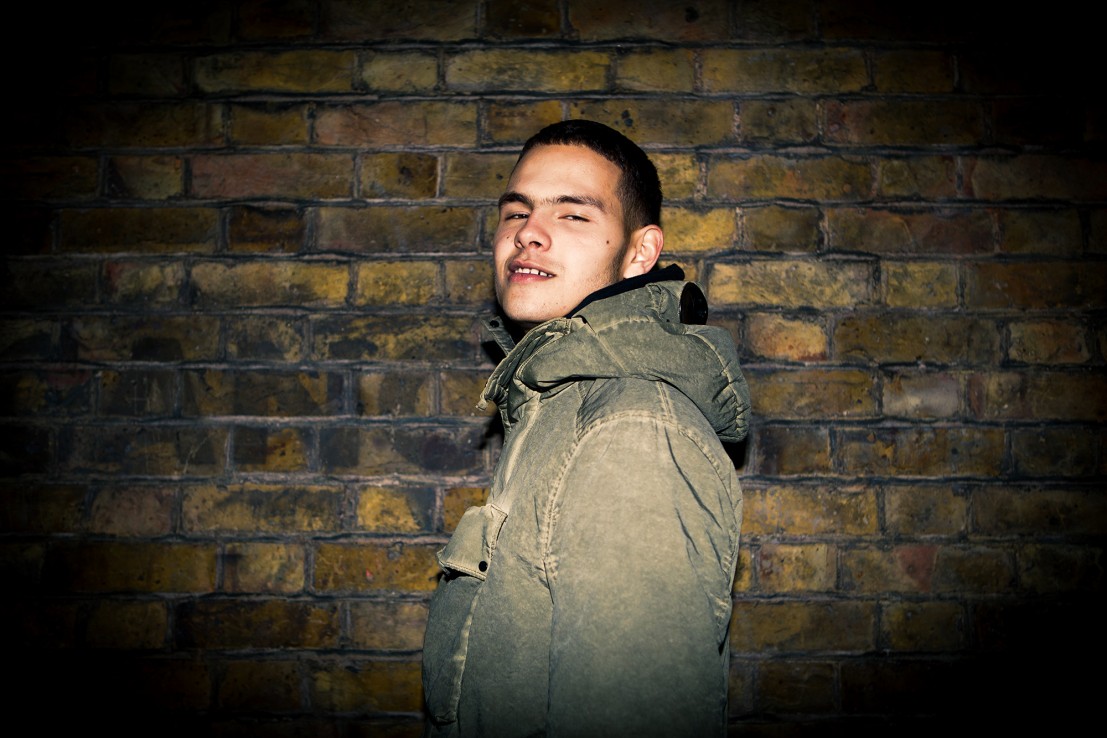 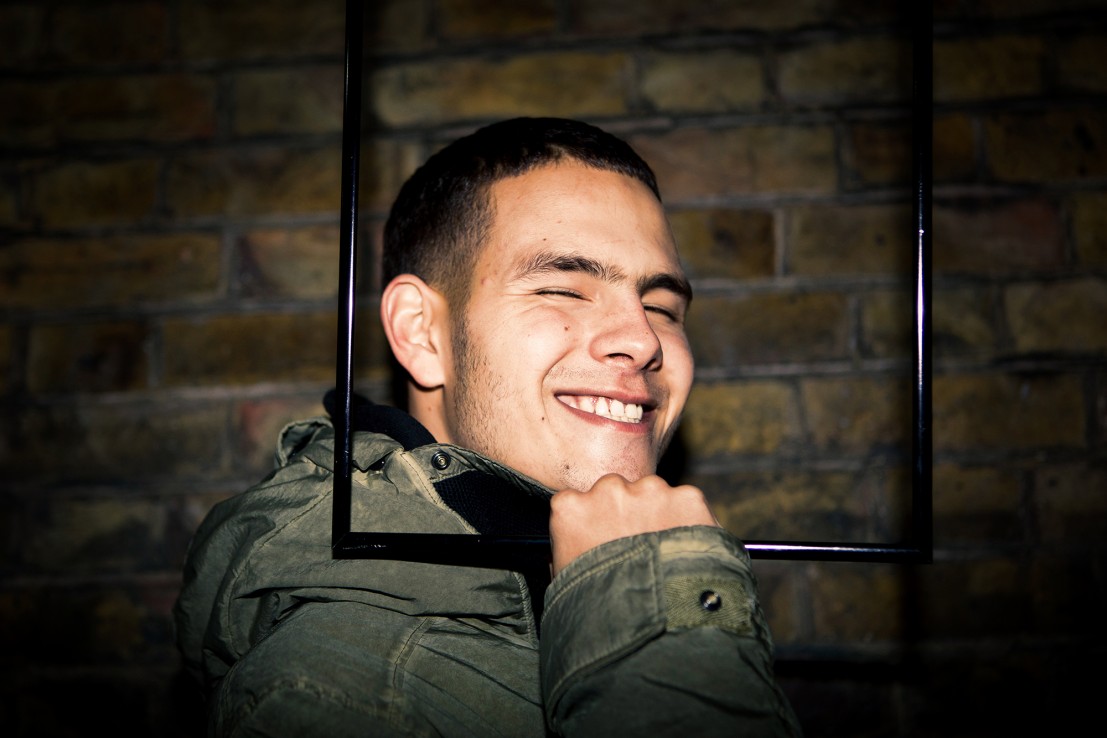 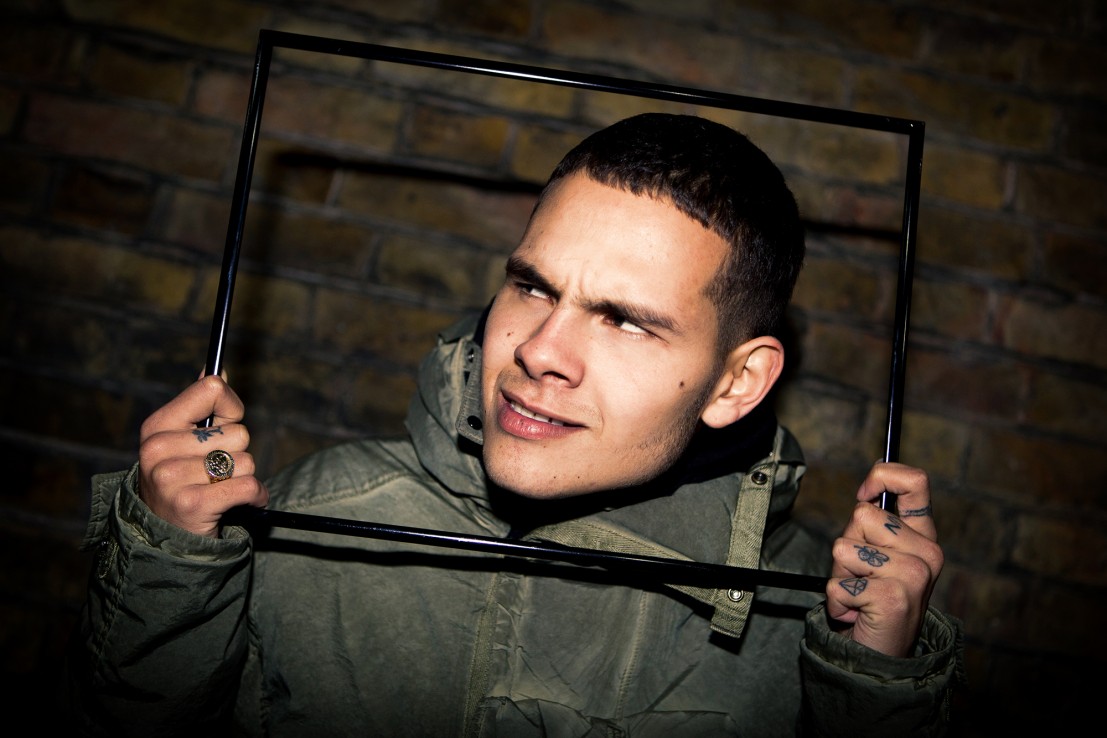 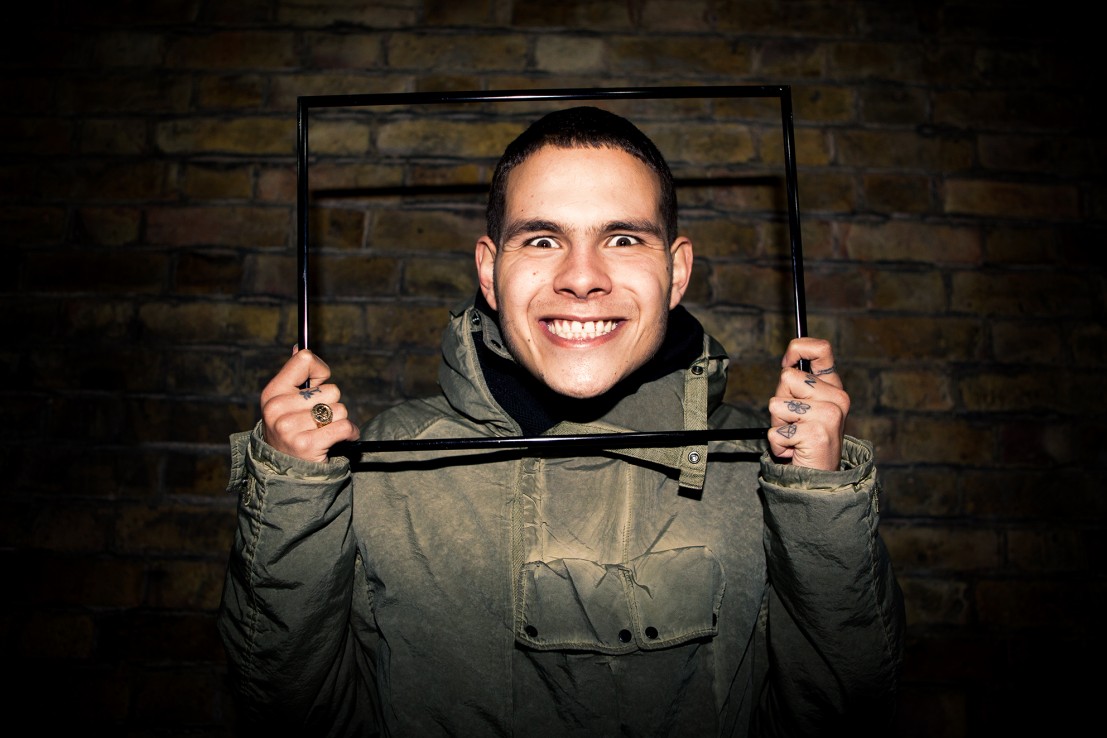 “I’ve never established myself to one set of people - I’ve got my friends that are the rudebois, the geezer mates or the punk mates. I’ve just always surrounded myself with people to try and learn and figure stuff out and understand things. That’s a brand mentality that whole, ‘I’ve got to keep it one thing always, because that’s consistency,’ but as long as you’re consistently good across the spectrum it don’t matter, because you can do everything.”

You can’t say he doesn’t live by his words. Since the beginning of 2018, his releases have ranged from skeletal bangers like Polaroid, to piano-inflected introspective tracks like Rainbow, to a song like Ladies which celebrates the strength of women: “You’ve gotta respect the ladies. I was raised by a woman, not a man. That’s first and foremost! My mum’s my hero, man.”

‘Nothing great about Britain’ is one of the artist’s most frequent aphorisms, appearing in a number of songs and even tattoo’d across his chest. He also tells me this will be the title of his forthcoming album, released next year. With music that feel so ostensibly British, I ask him if there is any way we can be proud British people in 2018: “I think even being a proud British person in general is a whole diminished idea…we’re looking at it wrong, most people are proud of the bad things we’re doing. If we wanna go into the deepness, everything we’ve done in the world, how we colonised, spread disease and plague to the rest of the world. We adopted tea as our own. It’s not! Tea didn’t grow here! Everything we’ve got that makes up (he sings) ‘Oh Britannia’ is from something else or someone else and we don’t credit them.

“We should be proud of the communities and how we come together. But I feel like we lose the camaraderie because we’re just turning each other into enemies based on race, based on sex, where they’re from. There’s nothing that great.” 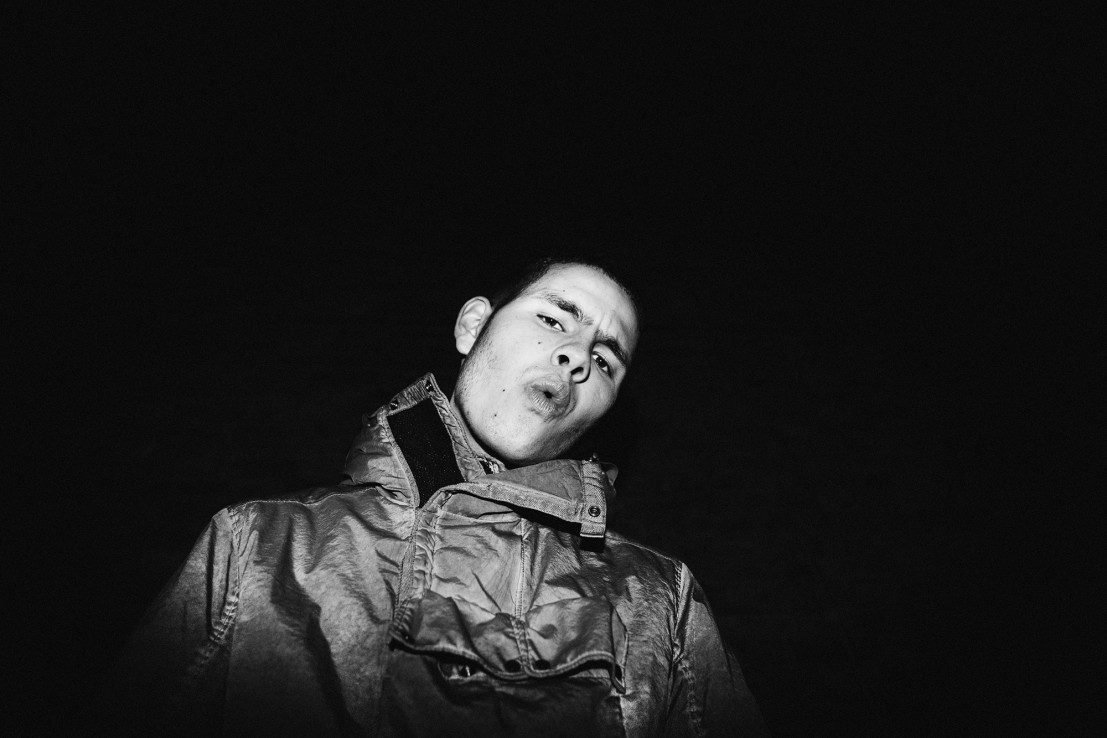 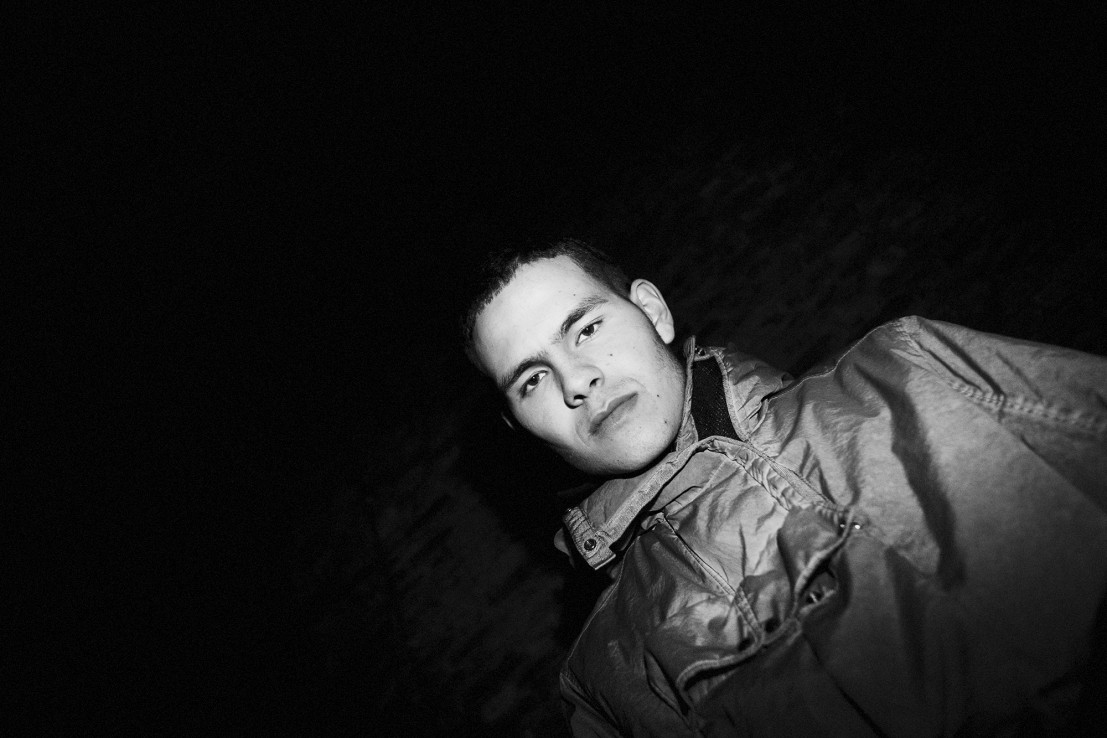 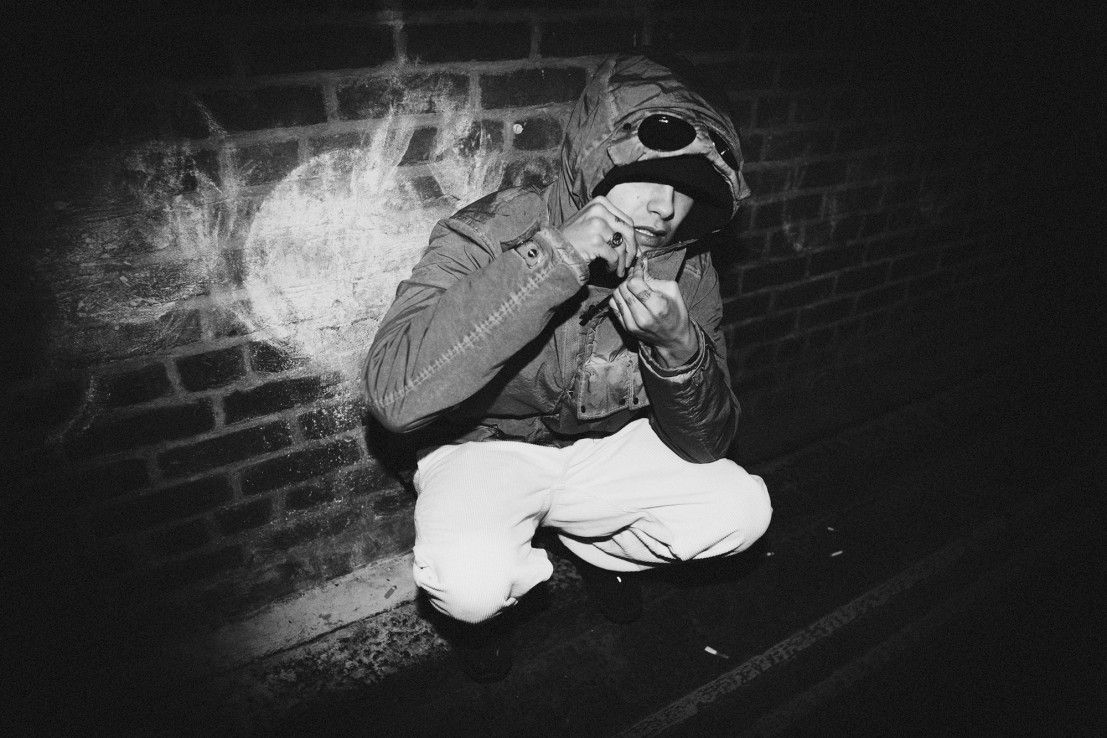 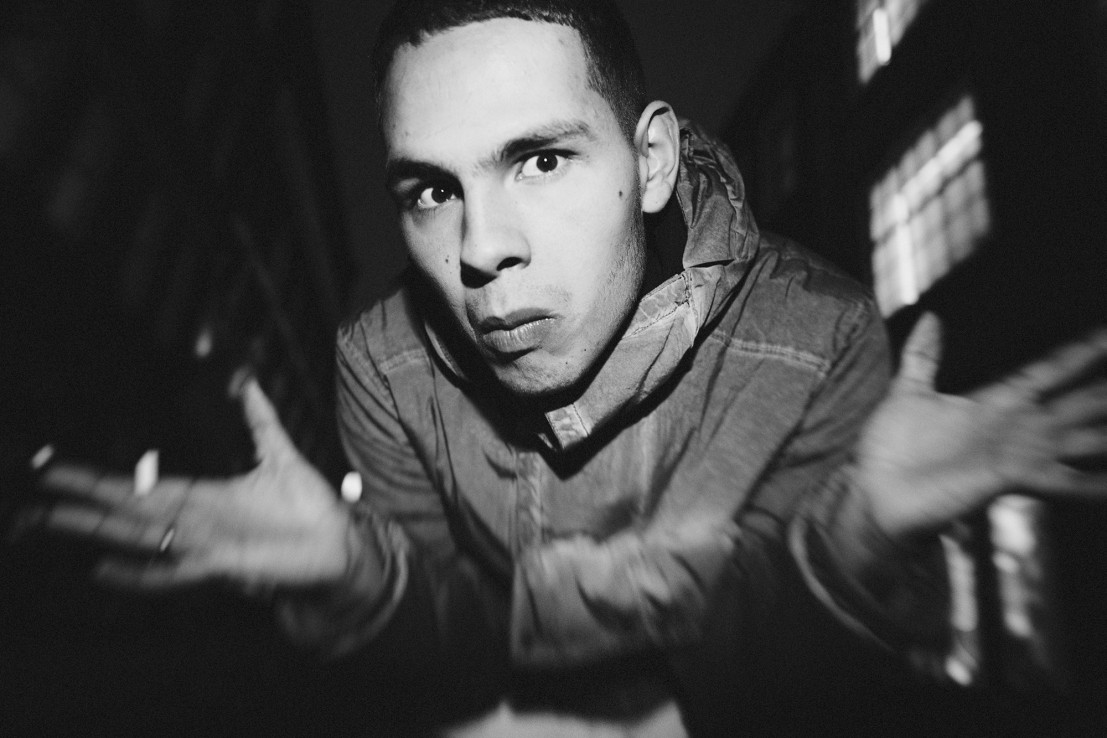 Returning to his track ‘North Nights,’ slowthai repeats a line comparing our incumbent Prime Minister to a wealth business owner; ‘Theresa May wanna be like Branson / Making P from airplane traffic.’ He clearly feels strongly about the political process; his body language becomes more agitated and animated the more we start talking about the state of the country. This is an artist who feels torn between apathy for the mechanisms of political Britain and an intense passion for a more democratic process.

What if he had the chance to talk to Mrs May? “All I can tell her is shut the fuck up, and that’s what those kind of people want. I could scream at them until I’m blue in the face. I would ask her what she actually feels about this country, and what she feels about the people. I then I’d want to know what you actually do. Are you a puppet? Do you actually come up with anything you say? Which is no, straightaway.

“I can’t sit there and listen to people give me big terms and words that I can’t understand and other people can’t understand, so how are we going to have any understanding of it. And it’s like ‘oh you gotta learn.’ No, what you’ve got to do is simplify what you’re saying, so everyone can get it and you’re not trying to bullshit us consistently.”

Ending on a slightly less apoplectic note, he sketches out an idea for turning the cliche hip hop video on to its head. “Everybody would be expecting it to be bareness, it might be goats. Me and bare goats. On the hood of a rundown car, a Peugeot 2016. I’m just in there with bare goats and I’ve got a paddling pool with goats in it.” You heard it here first.