In 2016, Ben Vella played Glastonbury as part of a previous band. That weekend he watched M83, Tame Impala, LCD Soundsystem and Beck. Inspired by the vibrancy and colourfulness of their music, it awoke a desire in him to make people dance.

Growing up in Camden, brothers Ben and Tom Vella had spent a few formative years making music together. As things naturally ran their course, Tom got a pair of decks and began to DJ and produce electronic music, while Ben took the band route, his most notable outfit being the Universal-signed downtempo synth-pop outfit Vaults.

In their early years, both brothers had an interest in comics. Not the Marvel universe, but darker graphic novels like Watchmen and Sin City, an influence that’s as important to Child of the Parish as the music itself. Look up the group online and you’ll find incredible illustrations and imagery of a demonic-looking boy, dark woods, harrowed corpses and haunted buildings. However, they insist that Child of the Parish isn’t a “full animated Gorillaz type of thing”, but instead something that grew from circumstance and opportunity. 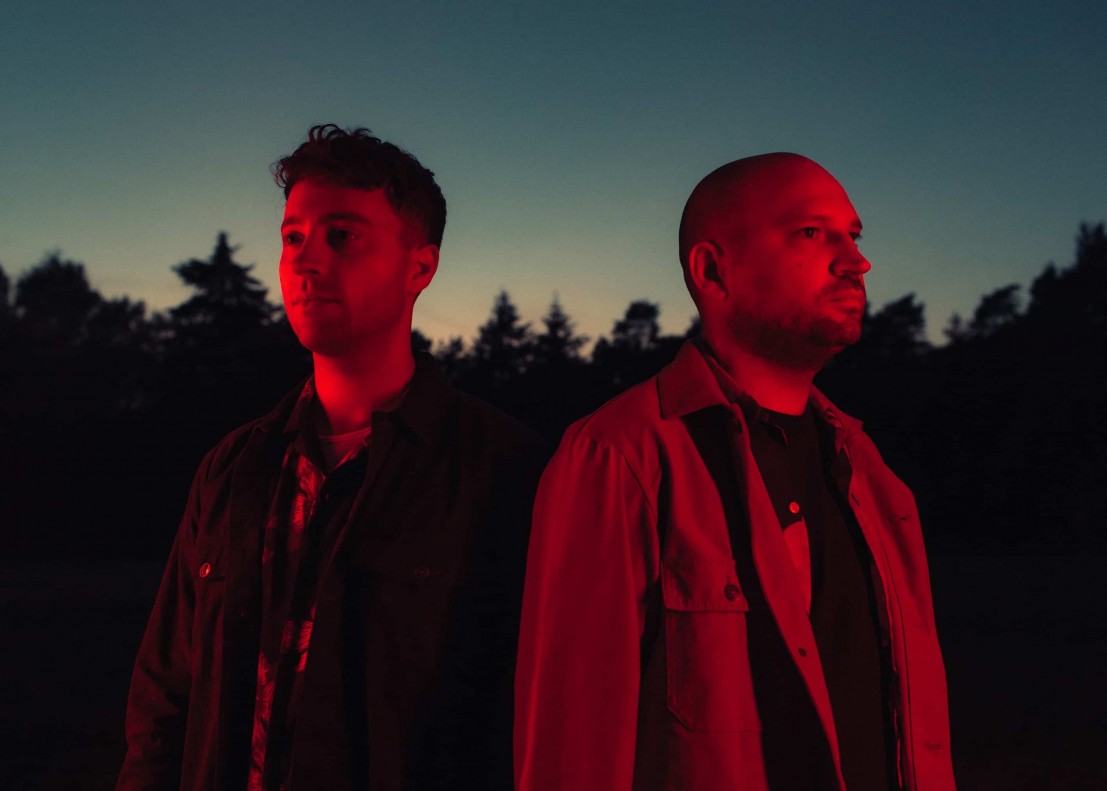 A couple of years ago, Ben moved out of London and up to a small village near Hertford. When looking at houses, he was drawn in by the history of the area, most notably its witch trials of the 17th-century. “The first place we looked at was really old and it had a witch’s bottle buried into the wall, and they’d made a feature of it,” he explains. “It was this old hand-blown bottle with hair and bones and string in it and stuff, and it was to ward off witches. It was really creepy.”

Ben had an old demo called “Child of the Parish” he’d been working on. “I was trying to think of it for a chorus, and the more I thought of the name, I thought, that kind of sounds like a band name but also a horror film,” he laughs. “I’m living in a Parish at the moment, so the whole thing weirdly formed from there.”

Vaults had come to an end in 2017, a year after Ben’s festival awakening, and he used the moment to set about creating something with a little more energy. “It just made me realise I’d missed the uptempo, full-on stuff. Like, actually making people dance,” he explains. “We had very respectful crowds that loved us with Vaults, but they’d sway, Which is lovely, but when you see thousands of people bouncing up and down, it is a different vibe.”

Ben felt having the benefit of Tom’s experience as a DJ was instrumental to the project, especially when it came to live. “I knew the dance side of it was something I wanted to explore more,” he continues. “We have big plans for the live show where it’s a seamless set, so there’ll be linking parts and instrumental tunes that’ll all link together. But we wanted it to be a regular band aesthetic on stage, which I think was important for us.”

Ben wrote six demos and sent them to his brother. “I thought they were great and thought I’d try and get involved,” laughs Tom. One of the tracks was “Make It Better”, a bouncy hit of rich vocal harmonies and bright dance-pop production. It became the title-track for their self-released debut EP, landing right before the world shut down.

“We’ve never played a gig,” exclaims Ben with frustration. “We had our first gig booked for the October that followed it, and that obviously got cancelled, and we had an offer for an annoyingly big support tour that got cancelled. We had all these little things lined up that most bands would kill for. I don't think I can moan about it too much because we’re here, we’re healthy, we’re doing alright.”

Instead of focusing on lost plans, the brothers used the time to create another arm for the project in the form of an accompanying graphic novel, indulging their early love of comics and growing the world around Child of the Parish. Ben roped in his longtime friend and writer Richard Brown to help with narrative and structure. “I had the basic idea and then I stumbled quite quickly,” he laughs. “I thought, I can write something, this’ll be a doddle, and then I could kind of get the plot, but it wasn’t sitting right. He filled out all these interesting other elements and it came together quite quickly.”

After posting on the website Behance, Ben connected with Lithuanian illustrator Pius Bak, notable for his work on the covers of Dark Horse Comics’ Stranger Things series. “He’s really got the project and we get each other, so we did the whole comic,” smiles Ben. “It’s a fairly short comic but obviously there’s plans for it to develop as the band develops and hopefully into the stage shows. It’s set up where there’s lots of options for it to go off in different directions and grow.” 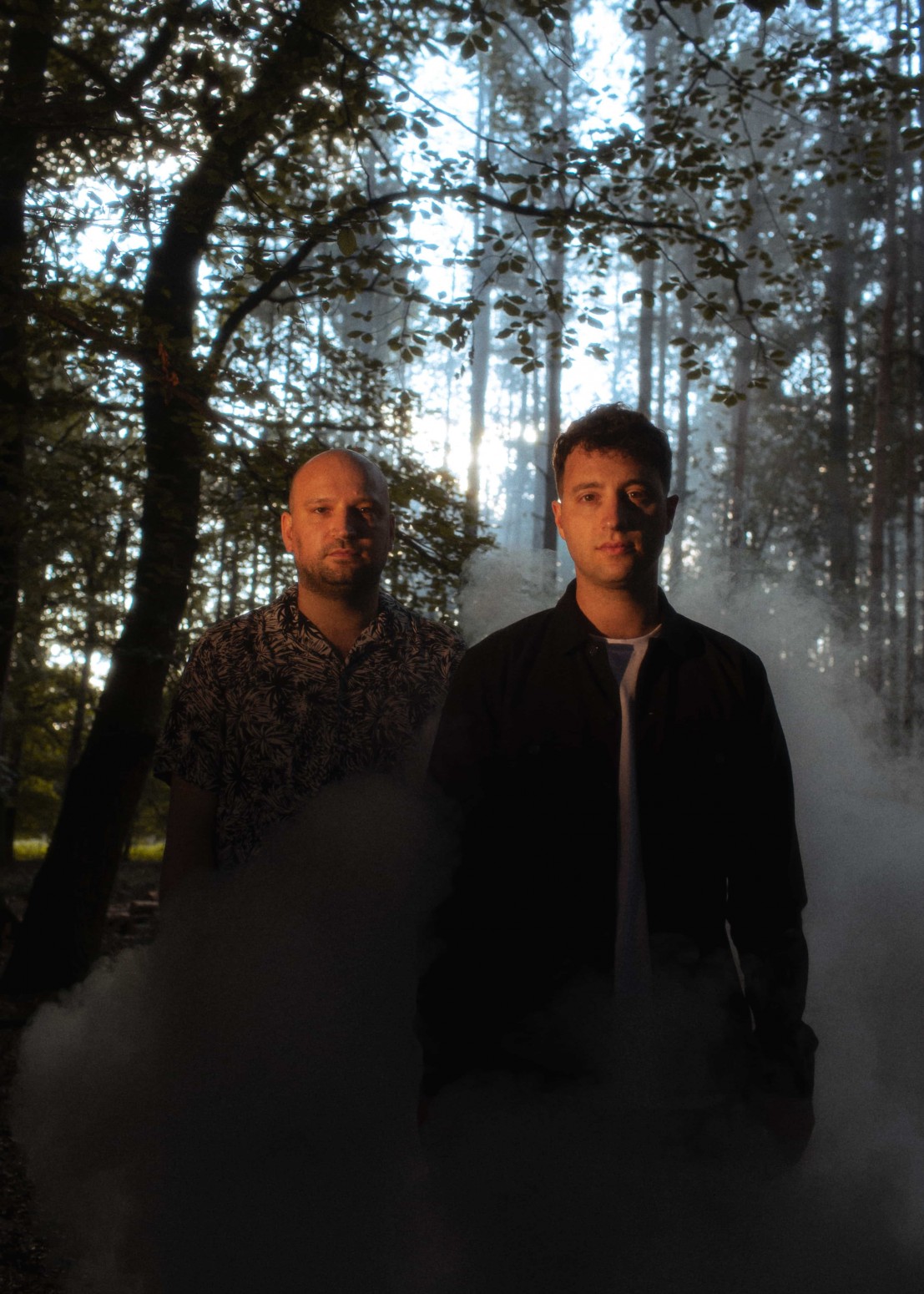 While the graphic novel acts as an accompaniment to the music, Ben’s quick to point out that the concept isn’t all-consuming. “I wanted them to be pretty independent because I thought it would be really limiting if there was a narrative thread through it,” he explains. “I didn’t want the actual songs to be about demonic children. I wasn’t sure how many songs I could write about demonic children.”

The duo also used their time in lockdown to create more music, despite not seeing each other in person for over a year. They wrote and produced in isolation, sending files back and forth and sharing ideas and feedback. As Ben had relocated to Hertfordshire pre-pandemic, it didn’t mean too much of a change in process, although it did require a little adjusting from their session musicians. “I know a lot of singers and they all had to get really good at recording themselves really quickly,” laughs Ben. “It became a necessity. There were all these people on Instagram working out how to build booths in their room.”

The first offering from their forthcoming second EP is “Midas Touch”, a vibrant 70s lick of psychedelic, space-rock with a chorus so euphoric and timeless it’s closer to a cult pact than witchcraft sorcery. “It definitely feels good to have stuff coming out, finally, because we’ve been sat on it for so long,” smiles Tom.

However, the focus now is to step out from behind the animations and deliver a live set that lives up to Ben’s desire for dancing. “We feel like we’ve missed a huge period of what this band should have been doing,” he says. “One of my biggest focuses was how this band would work live and now we’ve spent an extra eighteen months planning all these bits, so it should be a good show.”

"Midas Touch" is out now