Catapulted from alt-pop darling to multi-platinum hitmaker, thanks to Major Lazer mega-hit "Lean On", Danish star MØ spent years trying to keep up the momentum. Exhausted, her self-imposed break from music came as the world shut down.

For singer/songwriter and pop star Karen Marie Ørsted, aka MØ, she can separate her career into two distinct era, before "Lean On" and after "Lean On". Major Lazer's global smash put Ørstead on the map and thanks to follow-up hit "Final Song" the pop maverick managed to stay in the spotlight as she worked her way towards the release of her then long-awaited second album Forever Neverland in 2018.

Three years down the line and her next album is on the cards. Back in 2019, Ørsted decided she needed to disconnect and tap-out of the constantly careering path she'd been steering. Taking a well-deserved break, but never actually putting a pause on writing music, she had a plan for a restful few months where she'd be able embrace creature comforts and the joys of living at home, in one place, with no looming deadlines or external pressure.

However, the world had other plans meaning she was out of the spotlight for a little longer than intended, thanks to the pandemic she really did get the chance to get back to her roots; making music in her bedroom, hanging out with friends (when restrictions permitted) and taking up new hobbies like crocheting – and like the rest tried her hand at baking banana bread. Despite all this she's been busy making her next project – which is set to be stacked with more of the off-kilter pop greatness embodied throughout her discography.

2021 marks her return and with two singles under her belt, we're already excited to see what this notoriously energetic performer has up her sleeve next. This week MØ has shared the visuals for her latest release "Kindness" which was inspired by her fans' devotion and serves as a love letter for them, a rallying cry for communtiy togetherness when everything else feels like it's burning in front of your eyes.

We caught up with MØ, who called us from her beach house in Denmark, to reveal what the future holds and how much fun she had finally getting to perform live again.

BEST FIT: It's so good to see you! Hows does it feel to be back?

MØ: It's so amazing. It's hard for me to put words on it actually because after such a long break, it feels like such a privilege to actually have a fanbase and experiencing that people still want to listen to my music. I'm just really happy, and a bit overwhelmed by it, but it's the best.

"Kindness" embodies that message really, it's a big thankyou to your fans. Was it important for you to say that in a song rather than just online?

I started writing the song when the pandemic kicked in. I got so excited when I got this idea. I started with the title, "Kindness", that's a nice title, and I was thinking so what does kindness mean to me? Immediately, I started thinking about my fan base because I've always had such kind fans. I know that I'm very privileged to have that. I know that some people experience a lot of hate online with different communities and stuff, but I've been so privileged. to that. I was so excited about the idea of writing a song to my fans about that.

Are there any particular moments with fans that have stuck with you over the years?

There are many. Now that you asked me I'm thinking when I just started out and experiencing that people would actually travel to come and see my show and wait around for me. Seeing that they were really something out of listening to my music, that just blew my mind like it. It's so amazing. It's just so cool because I remember when I was a kid, I was really big of various bands and I remember how much it could heal you or inspire you or just really build you up watching a performer that somehow spoke to you. The idea that some people feel like that about me like it is still... I'm like that can't be true.

What has been like getting back on stage and back into that physical space where you can really see that connection?

I played my first show, two weeks ago, and it was the best feeling, I haven't been so happy in two years. I was euphoric. It really made me so emotional and it again reminded me how lucky I am. "Kindness" wasn't out and it's always a bit nerve-wracking to play unreleased songs in case people don't react, I mean it's coming out next week anyway or whatever, but I feel like there was a really quick reaction to it. I played my other new song "Live To Survive" and that was reallygetting the crowd partying. Honestly, just just getting that connection with people... Seeing people's faces and having eye contact. It was just so nice. And I was crowd surfing. It was just the best I want to get back and do more.

Tell me about your break. What have you been up to?

To be honest, I've just been doing a lot of just hanging out with my friends and seeing my family and getting back into old hobbies, like running, crocheting and making banana bread. I've been leaning back into the lifestyle I hadbefore my career started. All of a sudden, I realised, oh my god, it's been almost eight years when I've just been so focused on my career, going non stop. I understand why because, I am obsessed with my career, and I really love what I'm doing. But I think it's been really good for me, as a person to have two years of just hanging with my friends, writing music, but also just doing other things. 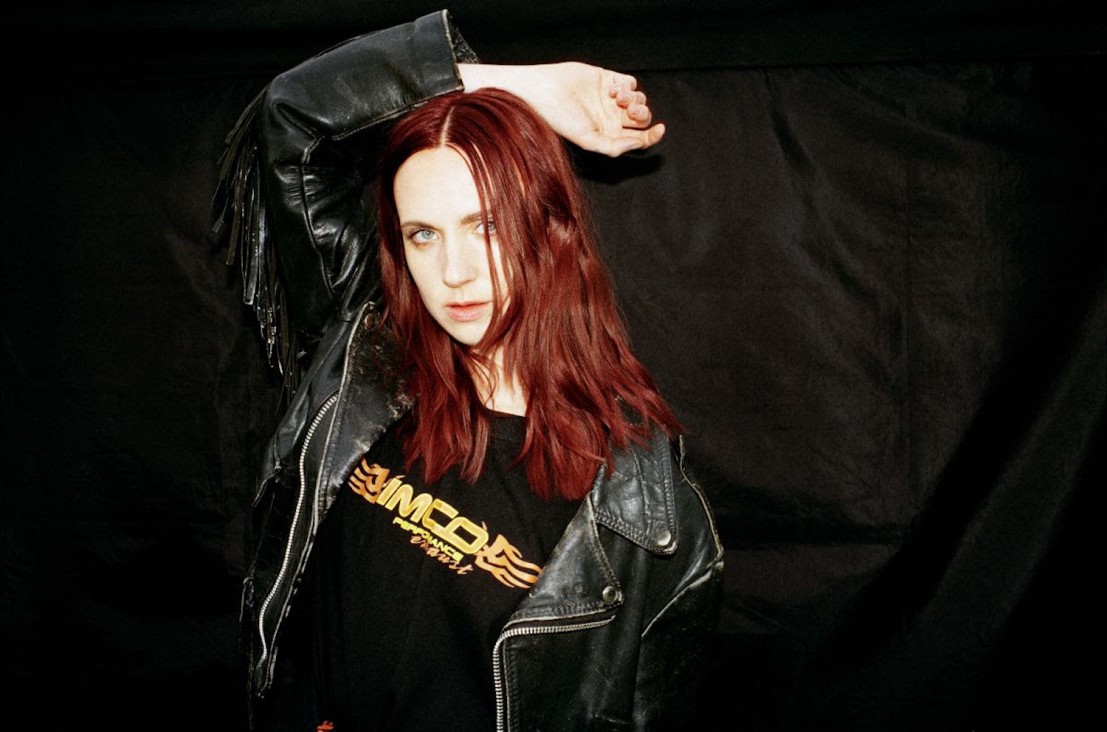 What was life like before you decided to hit pause?

There were very heavily busy times for sure. I think this time around, I'm also just a little bit older and I really feel like, maybe I do make better songs, if I have time to sleep, you know, and see my friends and to be a "normal human". I think it's been good for me to think about just how I want to live my career life and my private life, like moving forward and how both sides can benefit the other, if you actually dare to take some time off and you're not constantly running in the hamster wheel. Don't get me wrong, I love being ambitious and I love working, but, I think it's so good for the art if you take time out.

Were you nervous to make your return?

I was super nervous. And I still am a little bit, but nerves are not a bad thing. It's because it means something and I'm glad that it means something to me. I think a lot of the time nerves comes from this idea of failure. What if I don't do well? But sometimes you don't do well, and that's fine. Sometimes it's just more important that you do something and then if you fail, fine, but then you gotta, like Jungle says, keep moving. We'll just see how it goes and I'm just I'm very proud of what I've built over the years.

In terms of new music, is there a bigger project in the works?

I'm sending it to master this week, so right now I'm into the final details, but the plan is to put it out this year. I am an artist that experiments a little bit because I started out in the more indie-pop world, but with everything after "Lean On" I ventured more into the mainstream stuff. I think this album definitely has some pop moments, but I think I'm experimenting a little bit more on this one.

Because of COVID I haven't been able to travel much, so I've mainly done the album in Copenhagen. I've been working with Ariel Rechtshaid in LA, but besides that, it's been pretty centred around Scandinavia. But that has been nice too. I think it's been nice to taking things back to my roots, I guess. Maybe when people listen to it, they'll think it sound slike Scandinavia, but l don't know?

Thematically what can expect we expect from the new album?

The title refers to that sort of hamster wheel mindset that I was in, when I was doing Forever Neverland that was just like just keep going, vecause if I stopped running, I'd crash. And this album was written after the time where I did sort of come down and then you have to find yourself again, after a very turbulent time. So for the themes, there are different aspects within that realm.

It's very unreal to me that I'm actually almost done and that it's going to come out this year. I'm an artist that has experimented a lot with different genres, so you never know, how people are going to take the next direction but, I feel really good about it. So hopefully some people will like it!

"Kindness" is out now. MØ's third studio album is set for release later this year.