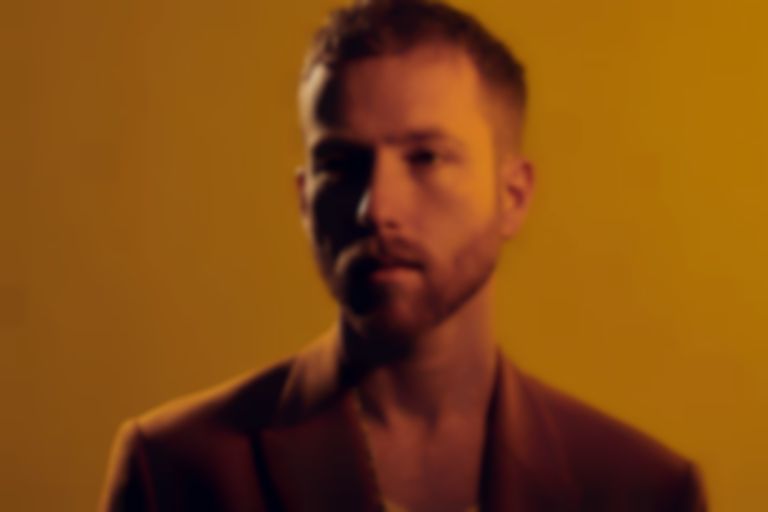 JP Saxe is making a name for himself with tender and emotional songwriting, but it’s in sharing goofy new single “Hey Stupid, I Love You” that he feels most vulnerable.

JP Saxe was born in Washington D.C. shortly before his family moved to Toronto. “I am an American when it comes to living in California without a visa, I’m a Canadian when it comes to being patronising to my American friends about their sub-par country,” he jokes over our video call.

Now based in LA, Saxe has found notoriety in recent months with his track “If The World Was Ending”, a duet penned with Julia Michaels who now happens to be his girlfriend. Racking up over half a billion streams off the back of us all actually thinking the world was ending, Saxe’s lockdown may have been one of the weirder.

The track was recently covered in aid of Doctors Without Borders, featuring a vast array of famous faces including Sam Smith and Niall Horan. But what’s it like finding success in the confines of a pandemic where everything takes place over a computer screen? “Things are much less glamorous when it’s from your living room, boiling in the heat because you had to turn off your wall AC unit because if you left it on for the interview it would be too loud.” He deadpans, “I’m hopeful that at some point I’ll get to travel and get to feel like a bigshot in all the ways that have been robbed of me.”

Saxe began playing music in his early teens. “I didn’t really know where my confidence was, where my sense of self was, and the first place that I ever got a glimpse of it was sitting at the piano and writing things down,” he explains.

He began gigging around Toronto, first at a piano bar called Statlers, a booking secured by his mentor, Canadian singer Micah Barnes, and then playing in a bunch of bands around the city. “I still think the most beneficial community a creative is gonna have is other creatives,” he says. “I’m super grateful to have grown up in a scene like Toronto where I had that available to me.” 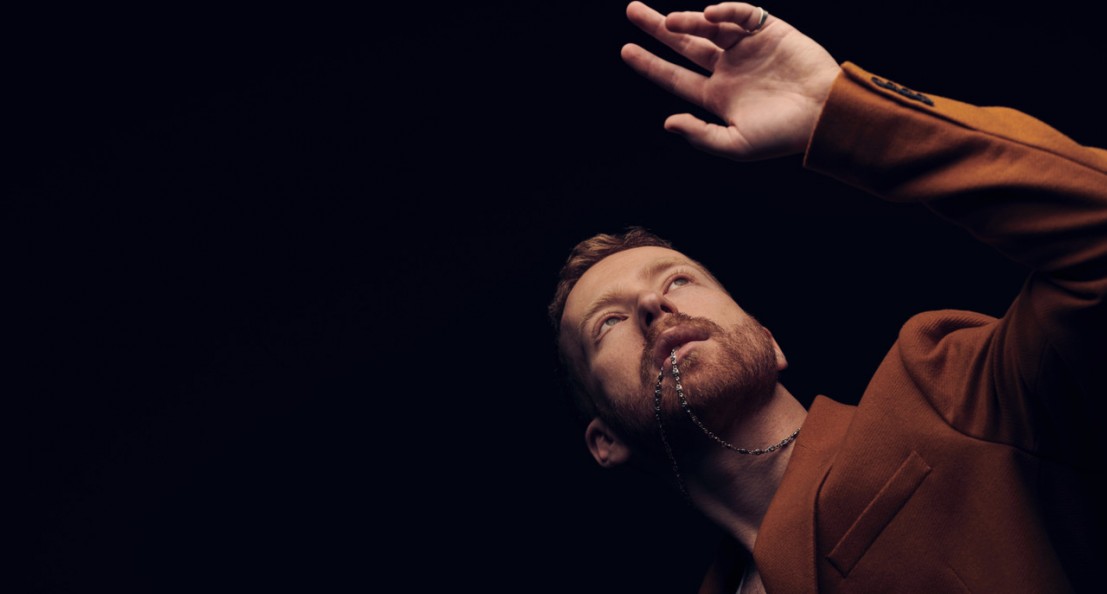 Through music, Saxe discovered spoken word poetry and became obsessed. “I thought there was something so invigorating about going up to perform with nothing else but a story,” he enthuses. “You can sit on stage with an instrument and in a singing voice you can say something completely insincere, but if you’ve got a pretty singing voice then you can trick people into being about it. But as a poet if you go up on stage and it's all bullshit; it’s all bullshit, there’s nothing pretty to hide it in. That was exciting to me.”

At the age of nineteen he moved to LA and was spotted singing a capella at Da Poetry Lounge, the largest open mic event in the country. “This dude hears me and says, ‘I thought you were good, can I introduce you to a friend of mine who’s a producer?’” He laughs, “I’m expecting a dude in his basement to be honest, but he introduced me to his friend Khris Riddick-Tynes.”

Riddick-Tynes is one half of production duo The Rascals alongside Leon Thomas III. Together they’ve produced tracks for the likes of Ariana Grande, Drake, and Post Malone. Definitely not just a dude in a basement. At the time Riddick-Tynes was working under Grammy award-winning artist, songwriter and musician Babyface. Slowly, Saxe began to make his mark at their studio and before long he was part of the crew. “For two years I got to work with these legends in RnB, production and songwriting, and it’s them who taught me how to be a songwriter,” he smiles, still with an air of disbelief.

However, Saxe’s own writing began to command his attention and one track marked a particular turning point. “I had written a song called “The Few Things”, and I really loved it. I was working on it in the piano room of the studio and Kris came in and said like, ‘hey, will you help us work on this record for Fifth Harmony?’ And I was like, no, gimme a second I want to finish this song. I’d never put out a song. Who the fuck was I in not going to write for this huge pop group? And I think that was like, the moment where I just had to listen to myself say, this is what I want to make happen.”

“The Few Things” became a standout single for Saxe, and now something of a favourite for newlyweds too. Saxe’s music is vulnerable, packed with raw emotion and carried by his delicate vocals that float so naturally it feels crass to call them falsetto. Journaling makes up a large part of Saxe’s writing process and it shows in his lyrics. There are no forced couplets, instead it’s a freeflow of feelings so honest it’s no wonder people connect instantly. In leaving out the bullshit he leaves space for the listener to empathise and adopt.

But it’s not being unguarded that concerns Saxe, quite the opposite. “The music that’s really made my career up to this point has been extremely vulnerable. What’s scary right now is putting out music that isn’t that,” he says.

New track “Hey Stupid, I Love You” is a sugary cut of cutesy insta-pop and sunshine melodies. Even the video is a revelation as Saxe eschews his usual forlorn camera stare for a little tongue-in-cheek romanticism. “Nothing’s wrong, but when you’re not in my arms I send voice notes, you send hearts.” The lyrics roll across a series of emotional interplays that anyone with a smartphone and a pulse can relate to.

“It’s been a personal negotiation for me to feel comfortable putting out a song that is very much me but isn’t that gruelling, longing part of me that I usually speak from in my music,” he admits. “Sadness is very sexy as a songwriter. There’s so much meat on the bone with sadness. Because when you’re sad you think about it a fuck ton and you try to figure out why you’re sad. When you’re happy, it’s not as introspective. You don’t have to sort through every reason why. But the action of sorting through every reason why is what leads you to a song. It’s the reason why heartbreak songs are easier than love songs.”

"Hey Stupid I Love You" is out now