Captured Tracks-signed JayWood is thriving with a sound built on community and the healing power of music.

Finding his feet in the landlocked city of Winnipeg, Manitoba, songwriter JayWood learned how music can not only be therapeutic but can also offer up a wealth of opportunity for a young boy from the Canadian Prairies. “A lot of creativity comes from Winnipeg because it's like staring at a blank wall long enough,” he explains to me. “Your brain will just start to fill it in, essentially.”

On UK shores for the first time for this year's The Great Escape festival, I end up meeting the artist also known as Jeremy Haywood-Smith on a sun-kissed Brighton beach. “This for me is wild to even look at,” he beams out at the horizon before us. “Going back home and seeing nothing...I’ll be like, ‘Oh, man, now it feels like I'm longing for something’. And that's where the escapism comes from again, you know?”

Haywood-Smith’s music really does have inherent escapism. It’s an honest portrayal of the ins and outs of his life, from mental health to his childhood and the formative dots of religion and identity. Having grown up in the Canadian prairies – an occasionally volatile, unforgiving yet beautiful expanse – the requirement for introspection is almost mandated in such harsh conditions that can cut off human contact. “I think every day is like a choice of which wolf you feed,” he reasons on the topic of depression. 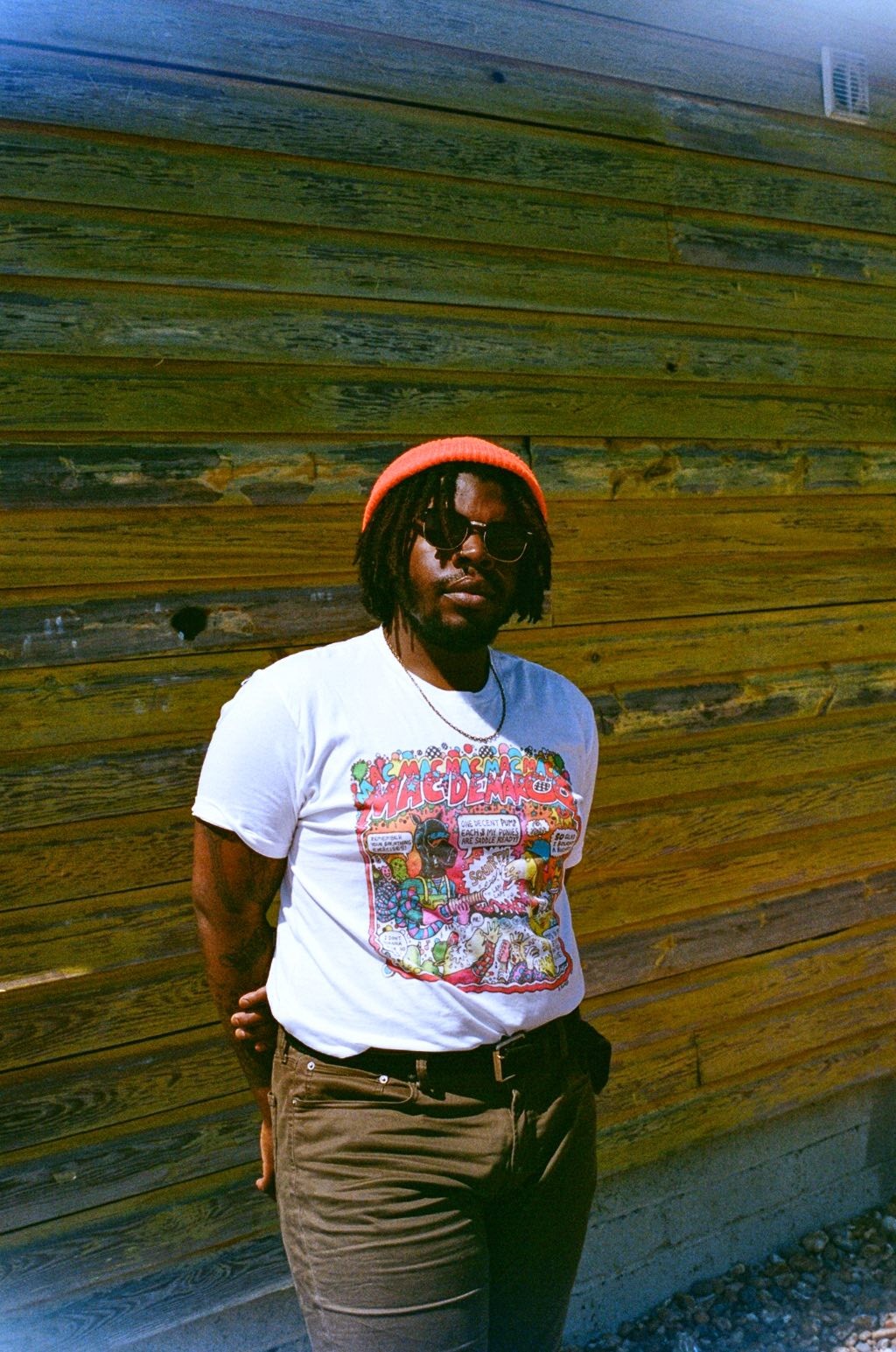 If Haywood-Smith is one thing, it’s an optimist, and if his infectious smile doesn’t seal that fact, then his music certainly does. Never moping or dwelling, there’s an airy quality of life to his sound. Backed by a swirling blend of genres assisting each other, the core of this vortex is flush with the sounds of his childhood. Beginning with his mother’s soulful, Motown-littered taste (Teddy Pendergrass, Marvin Gaye, Bob Marley), the early teens of Haywood-Smith was fuelled by noughties radio and music television – in particular MuchMusic, Canada's own version of MTV. It was in his late teens when he began to experiment creatively: “It's dramatic, but making music was kind of like escapism at that point. I was like: I don't know these people, but somehow I'm connecting with them. I'm remembering their lyrics and they're occupying space in my head. So maybe there's some importance or significance here.”

For every major band occupying the airwaves, representation on a local level didn’t catch Haywood-Smith’s ears until his late teens. With hardcore punk predominantly surrounding him, he admits, “I was listening to a lot of that stuff just because my friend group was really big into it.” It wasn’t until he found himself working at HMV and finding the Canadian section featured various names all appearing from Winnipeg that his mind was opened to a music world closer to home.

His foray into the JayWood project initially stemmed from emulating everything around him in the cliquey and often repetitive indie scene of Winnipeg. Born out of wanting to find his own space at the table, this replication served its purpose, giving Haywood-Smith a platform to eventually discover himself. It was only then it all clicked into place: "I started seeing things were happening. I was like, 'Oh, okay, I'm finding my own path’. And this was maybe the way I needed to go," he tells me.

His first EP – Some Days – was recorded in 2015 in the aftermath of a relationship and loss of a friendship group. “I was like....now that I'm not hanging with my friends and I'm not in this relationship...who am I when I'm away from people essentially?” Haywood-Smith recalls. Through a smattering of explorative singles and EPs, it would be 2019 when JayWood’s debut album would arrive. Time was a breezy sojourn through the halls of echoing noughties indie with flurries of adrenaline-fuelled funk, setting the scene for the future soulful and radiant sounds of his current offerings, and upcoming second LP Slingshot, released this month via legendary indie label Captured Tracks.

“I was using music as a way to jot down thoughts and seeing where I was at and seeing what I wanted to overcome and what I could overcome, and all that stuff,” he explains. “And it became like a check-in for me and myself...like a time capsule.” A continuation of this process, Slingshot offers up a day in the life – literally – of Haywood-Smith. It's a 24 hours flash–forward through the whole lot, with less of a contextual script and more of a loose touching-upon subjects to give the songs their individuality without requiring context; much like JayWood himself.

His journey is one of respect and admiration - eventually for himself – but predominantly for those around him and for the Winnipeg scene. Local venue The Goodwill Social Club became the heart of the music community for Winnipeg – it's a place Haywood-Smith has both worked and played. “You're killing it when you're playing shows there," he remarks. Being grounded like this has given him an outlook most don’t retain when looking for a music career. He recalls a recent trip to New York: “The first thing I'm thinking about is like, how do y'all find community? How do you all find your circle of people that you can kind of see regularly?” 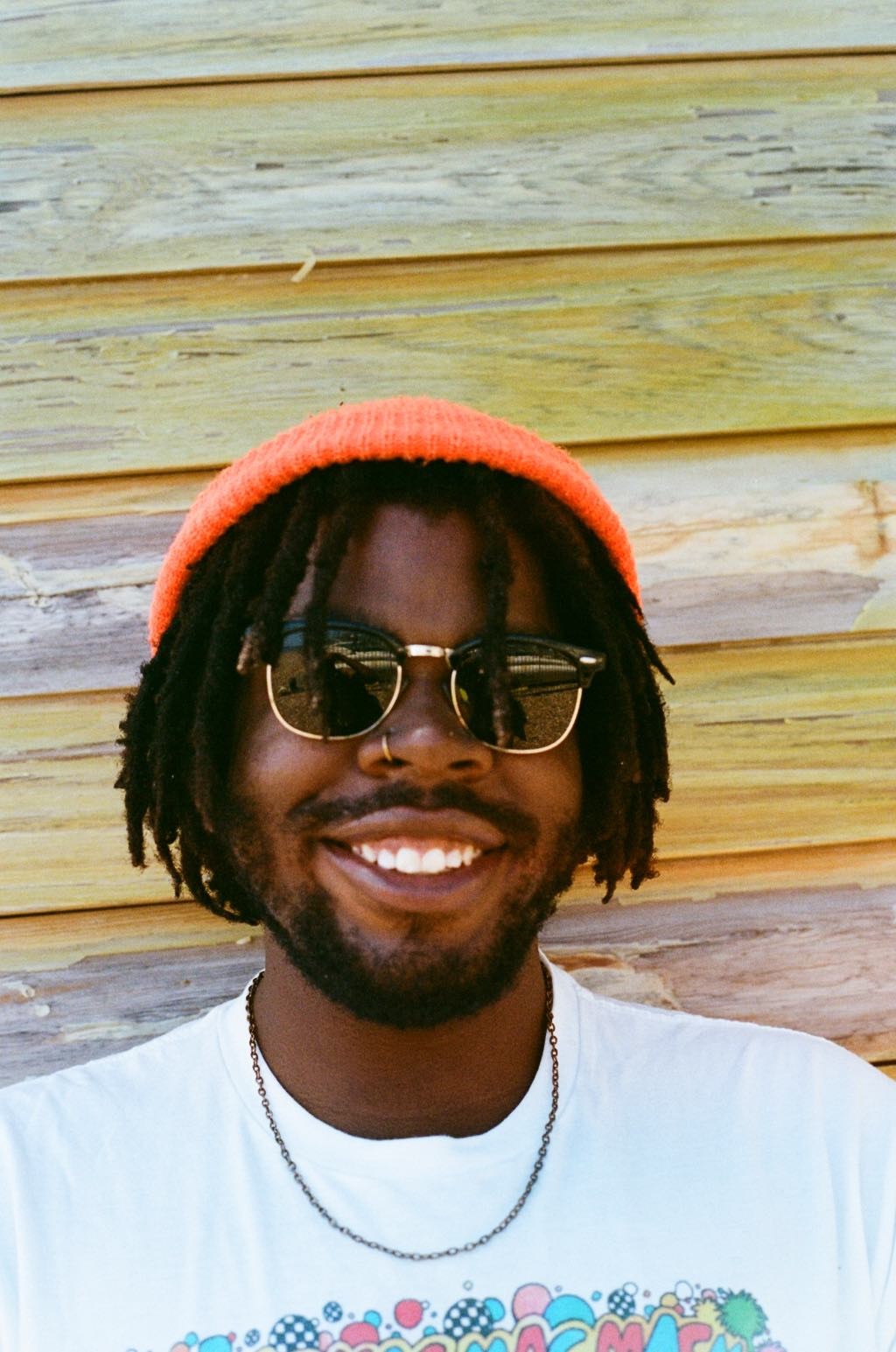 Haywood-Smith has always been curious and describes himself as an internal explorer. "I just always want to see and learn more and absorb more,” he tells me. It’s why his music has evolved from release to release, using the same bones but with layered meat on top changing shapes as he finds a new way to portray his inner workings. “I still very much feel like I'm always trying to see more, explore more, experience more, learn more, and I hope that never ceases,” he says defiantly. “I'm just so excited about the world, despite how horrible things are. There's so much I still haven't seen and done and explored and I want to try in whatever lifespan I have to do as much of it as possible.”

His positivity is shaped through countless hours of creating and writing as therapy, and sitting in the midday sun on a beach, thousands of miles from the prairies of his youth he acknowledges, “It's easier to feel a bit better when you're away from the things that you're used to. Like, I'm not near any of my friends [but] I’m able to be on a beach and the world is good. The world is nice. People are sweet, people are kind, but when I come back, it's like, how do I keep that same optimism? You know, how do I find that? I would much rather be travelling and playing music in front of people. As much as performance is something I'm always trying to tweak and work on it feels good to have that, as opposed to just sitting at home.”

As for where JayWood can go, the prize Haywood-Smith’s eyes are on is the same that he eventually found when he dropped the facsimile mask he used to wear: “I think it's just growth. More than anything, I’m always just trying to do the best I can in everything I do...if you put enough into it, you'll get a lot back from it. So work with what you have, keep trying to grow and do better.”

Slingshot is released on 15 July via Captured Tracks