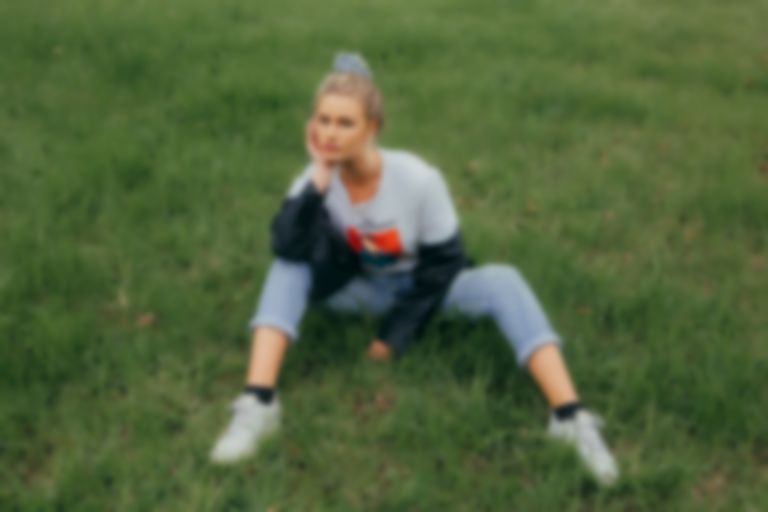 Fresh off the back of a headline show in London last month and a European tour in support of Mancunian singer/songwriter Tom Walker, Aussie upstart GRAACE couldn’t be more excited for the rest of 2019. Alongside a massive feature on fellow Aussie Hayden James’ debut album, the Sydney-based artist followed 2018's debut EP Self-Sabotage­ with last month’s crystalline “Have Fun at Your Party”.

“The name’s pretty self-explanatory, which I wanted,” GRAACE says of the track. “I wrote this song probably about a year ago; I was sitting at home and I’d had a couple of glasses of wine to myself, because the person I was seeing was out at a party.”

Mixing abstract imagery of “sipping on thoughts of your body” with all-too-familiar moments – “now you’re calling me late and I’m sloppy” – “Have Fun at Your Party” shows GRAACE at her best, albeit also her most vulnerable. This candidness is what gives all of her songs their perfectly straight-up appeal, although she admits it’s not always easy to share so much:

“I grew up prancing around situations and avoiding confrontation and all that led to was bottling up emotions, which eventually became catastrophic. At this point I’ve accepted that it’s way better to be completely honest about the way that you feel, and a lot of the time people don’t judge you.

“I’ve found that music is my outlet for releasing emotions – I’m not as confrontational in person because I use songwriting as my therapy. I’ll sit at home and say everything that I want to say that I wasn’t able to tell that person. I’ve been trying to apply the way that I songwrite to real situations!”

As well as her own personal commitment to self-expression, GRAACE is keenly aware of the societal expectations that have impacted on women’s ability to speak their minds both in life and art.

“It’s been a really hard journey for women to be able to speak about how they feel. We’re afraid to be emotional because we think we’ll be judged,” she explains sincerely. There is an upside though, with her personal musical outlet striking a clear chord with close to a million monthly listeners.

“Spotify’s so good, because they have numbers showing that that’s what we want to hear. So many women want to hear another woman say what we actually think! We’ve been repressed for so long, and [told that] being emotional was something that we should have been scared of – something that would stereotype us. I think it’s so beautiful that we’re all coming together and expressing how we feel and supporting that. It’s such a good place to do that now.” 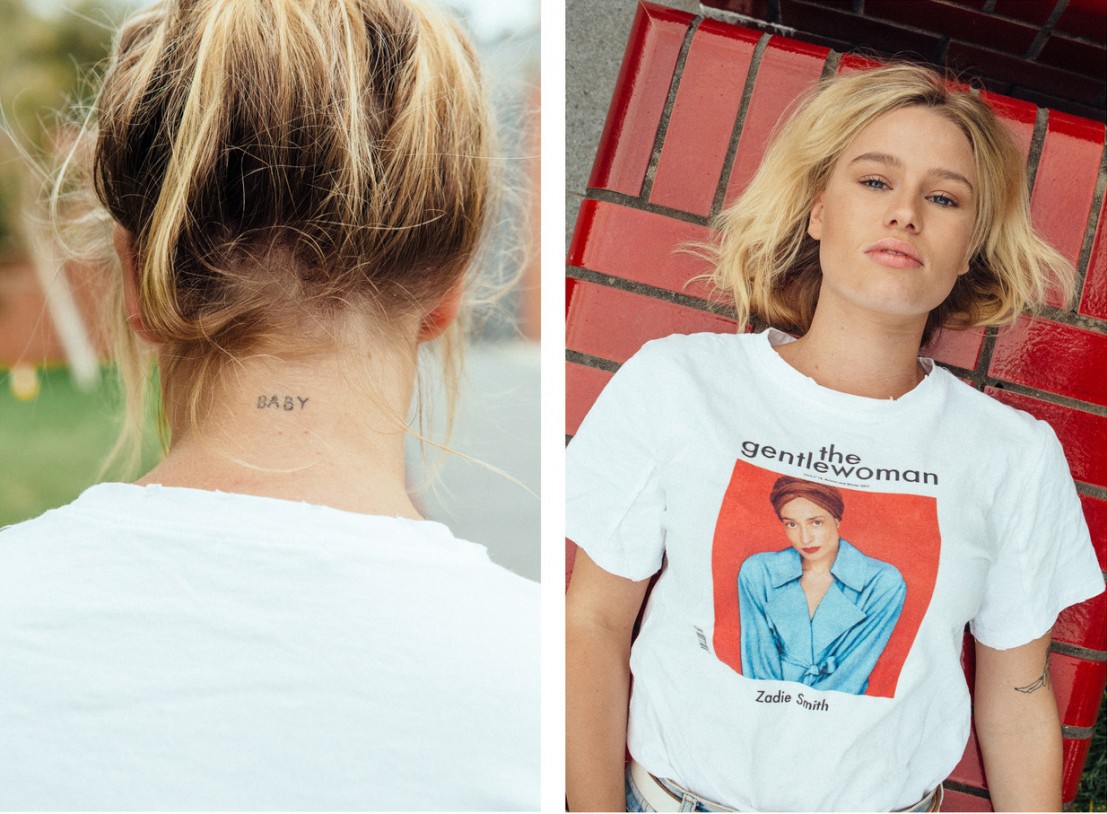 GRAACE adds that she’s found a particularly supportive environment in the Australian music community, with artists, industry, and fans alike coming together to celebrate their country’s burgeoning musical scene.

“The community of Aussie musicians is so good!” she enthuses. “We’re a tight-knit group of people, and everyone knows each other! Everyone’s pretty much met each other at this point – people that I’ve looked up to for so long, and a lot of emerging artists like myself. I feel like we have such an encouraging, exciting energy about us!

“All the girls that’s I’ve met around my age are so supportive – it’s so nice! There’s a girl called CXLOE who supported Maroon 5 on their Australian tour – I look up to her so much! We had a writing session together and she’s such a cool girl who’s so down-to-earth and is really doing great things for herself.”

A particular force spearheading Australian musicians’ global success is radio station Triple J, an alternative-leaning broadcaster that champions the country’s own artists over the globe-dominating heft of more commercial hitmakers.

“Triple J are supporters of such random songs that no one knows – they’ll create such a good energy for the community that are listening,” GRAACE says of the station, who supported her through their Unearthed scheme before premiering “Have Fun at Your Party”.

“I’m really excited for the Aussies!” GRAACE continues. “We live on an island – it’s a weird place to be – and we’re happy to support any person who’s doing what they want to do in any genre! There’s so much talent, and it’s just starting to come together. There are so many music supporters in the country, it’s ridiculous the amount of festivals that people attend, and the way they listen to and appreciate music is such a special thing. I’m really excited to be a part of it.” 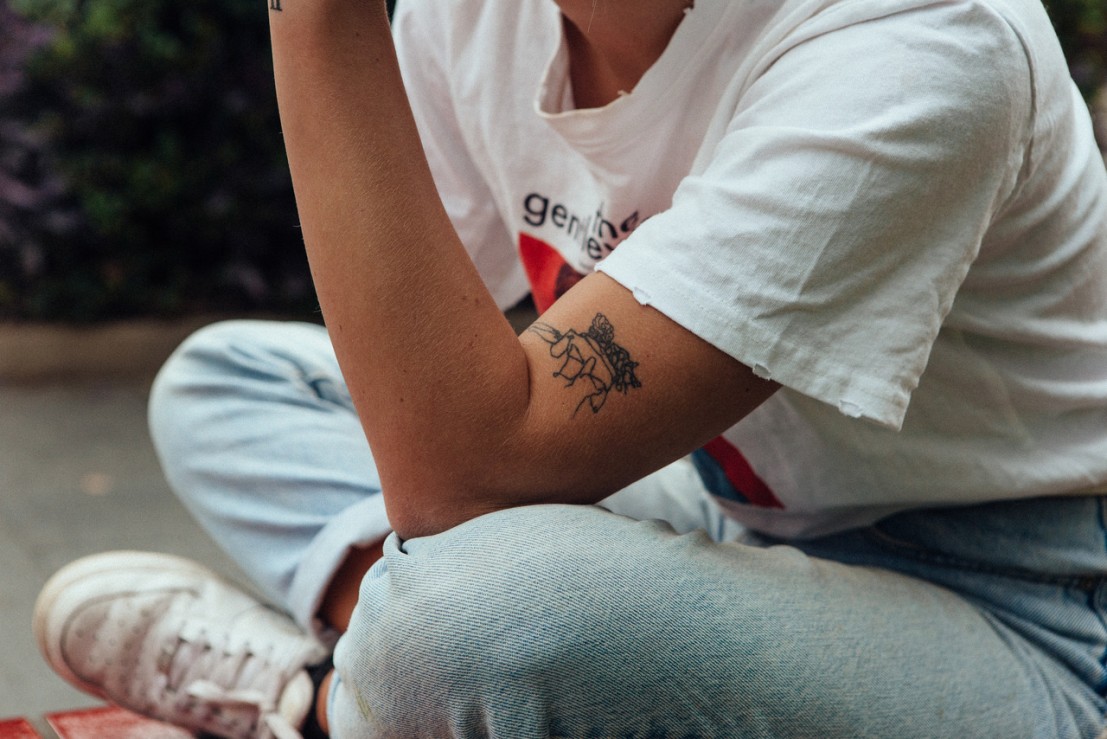 Whilst Australian artists may hold a special place in GRAACE’s heart, they’re not her only current source of inspiration from which to draw. Her Spotify playlist “SONGS I PUT ON REPEAT” boasts a ton of artists across multiple genres. Sitting in the top slot is pop darling Julia Michaels, a former songwriter turned megastar in her own right. Whilst the scale of Michaels’ success is something to which GRAACE may aspire, her story nonetheless strikes a chord:

“I related so much that she’d just been writing behind the scenes and never been able to take the light for herself, but that was her passion. She was releasing all of her emotions through other people. I found that so beautiful – that she loved music so much that she didn’t feel the need to have the fame. If things don’t work out in the long term, I’m so happy to become somebody behind the scenes. I just want to be doing music my whole life, no matter what. I don’t have to be the artist, I’m happy to write and do all that stuff.”

“Her lyrics are so honest and so vulnerable,” she adds, with obvious admiration. “She talks openly about really scary things that a lot of people don’t want to talk about, and I take a lot of inspiration from her and the way that she speaks and represents herself as an artist.”

Whilst GRAACE’s own honesty has meant that many of her released so far are tinged – or even drenched – in melancholy, she’s quick to qualify that that’s not all she has to offer from her music. She assures us that she “100% has some happy shit coming out”, but before sharing it she needed the catharsis provided by her previous releases.

“You know when you go out and burn a crappy ex’s letters? I’ve done that once! For me, writing the Self-Sabotage EP and deciding to call it that released so much of that negativity, so much of that era of myself and the things I was going through in that phase. I made a conscious effort after that to really glow.”

With her support network down under, plus the promise of some more upbeat tracks on the horizon, 2019 looks set to be GRAACE’s year.

“Have Fun at Your Party” is out now via Falcona