Elena Tonra says more with her laughter than most people do with words. Over bowls of steaming soup at a pub in London’s Putney neighborhood, the Daughter singer/songwriter unleashes her laughter frequently, as the conversation tumbles from delight (an upcoming promotional trip to Spain being the perfect excuse for hot chocolate and churros), to solidarity (we quickly discover we’re both chronic over-thinkers), to the odd combination of heartbreak and determination that led her to her new solo album, recorded under name Ex:Re.

Elena Tonra says more with her laughter than most people do with words. Over bowls of steaming soup at a pub in London’s Putney neighborhood, the Daughter singer/songwriter unleashes her laughter frequently, as the conversation tumbles from delight (an upcoming promotional trip to Spain being the perfect excuse for hot chocolate and churros), to solidarity (we quickly discover we’re both chronic over-thinkers), to the odd combination of heartbreak and determination that led her to her new solo album, recorded under name Ex:Re.

With her band on hiatus (“We had a lovely time, but we realized we had been working on a loop for seven to eight years,” she says pragmatically of pressing pause, noting that they’re looking forward to returning), Tonra found herself working alone over the course of 2017, developing a handful of songs fueled by heartbreak. While the topic has already been richly mined in art, the resulting release Ex:Re isn’t a traditional breakup album. Instead, Tonra is the central character of the ten tracks, alone as she watches friends move forward with life milestones, getting drunk in hotel rooms, going on late-night walks, and working through all the reasons why she’s been left to do life alone. The other participant of her romantic dust-up is nowhere to be seen.

“The relationship isn’t in the record at all,” Tonra confirms. “If I had released a record about this a year ago when I first started writing, took the first ten songs I had written about this, it would be a completely different album. “It would be, ‘No! Come back!’ It’s better this way. I’ve had time and it’s a more varied expression...It’s more about me trying to get over it than us as a couple or us not as a couple. I think it was just coming to terms with it being a forever thing. We will not be together again. That was the worst thing to do. I didn’t know how to deal with it.”

Tonra is quick to credit the healing powers of homemade cheeseboards, Netflix true crime shows, and her close friend Rosie. But the singer/songwriter speaks of making Ex:Re like a self-designed closure ritual—one build from walking the roads between her home and the London Fields-area studio she was renting, buying cups of coffee from the same shop every day, and then, once at work, pouring her heart out.

“I was just really sad and felt like I had to get out of it,” she says simply. “I guess the old trusty friend guitar and music were the way out…‘The fog is here!’ Leave me alone! Sometimes it’s helpful noise. Sometimes it’s musical noise. I feel like that’s sometimes where the songs come from.” 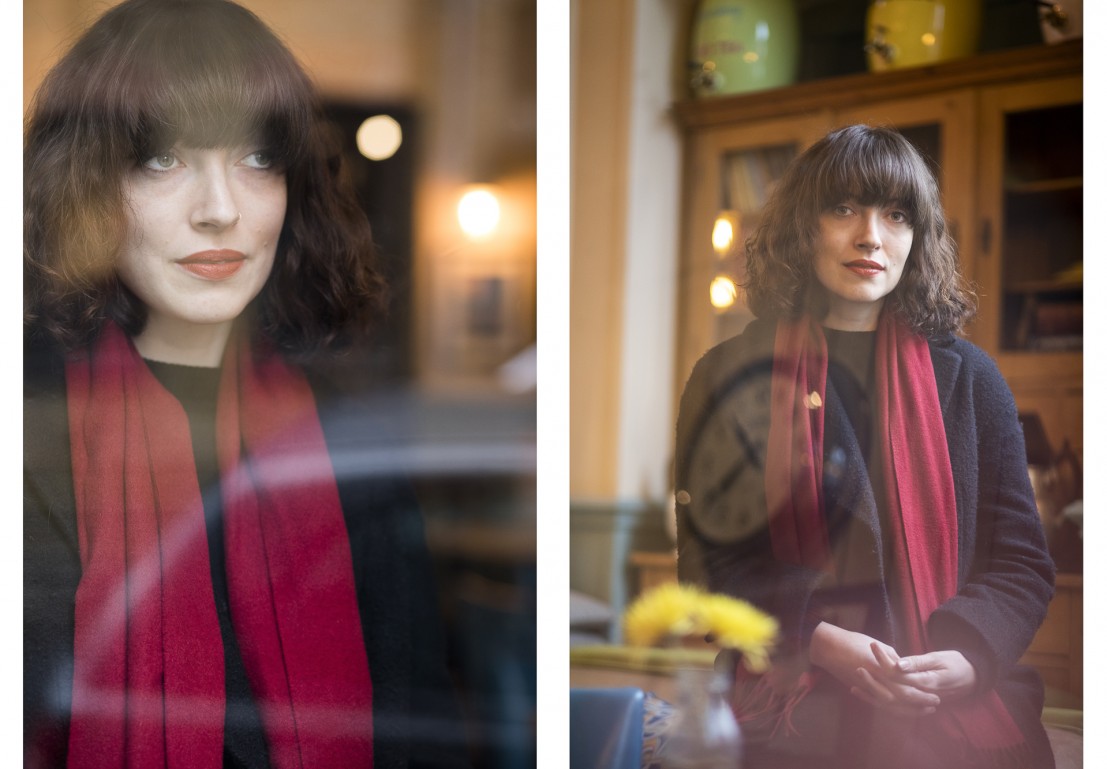 Ex:Re cuts a path that will be familiar to Daughter fans. At the heart of the work is Elena’s spectral guitar and mournful alto. Make no mistake—this is a sadness-fuelled song cycle. But fleshed out with production by Fabian Prynn, and arrangements by Josephine Stephenson, her memories are embellished with beats, cello, and reverb, a sense of fragile beauty is achieved. As much as melancholy is central to album’s narrative (both on the record and in real life) together the trio has tapped into the cold comforts of realizing that yes, life really does go on.

But the lyrics are uniformly raw, tracing a path through Tonra’s mourning process. There’s the initial sense of limbo (“I can’t readjust into life before I met you/I can’t readjust I just want to forget you”). Guilt (Opening track “Where the Time Went” starts with the blunt observation “You can open with your failings/make them understand”). And of course, anger. (“Seems he is very conscious of the world/he recycles/he recycles his words.”)

“He won’t like that one!” she says, her voice taking on a singing lilt. “It’s not very nice, is it? But I felt it at the time. I do worry. I don’t want to be unfair. I appreciate that this is very one-sided. I can only talk about it from my point of view. That particular song is incredibly bitter. That’s a snapshot of that time. I was quite pissed off and bitter. I look back at that now, and think, you don’t feel like that anymore, you’re over it. That was just a passing wave.”

But aren’t acknowledging feelings of anger okay, especially in art? I ask if any of the guilt over that lyric might be tied to society conditioning women to play the role of the peacemaker. It’s a line of thought both of us know full well can’t be translated into a pull quote.

“I wonder if that plays a part in me giving a shit if I’m being unkind,” she replies, thoughtfully. “I think there’s a lot of situations where I think, is that because I’ve been told I need to be that way? I genuinely really care about him and don’t want to be hurtful.” 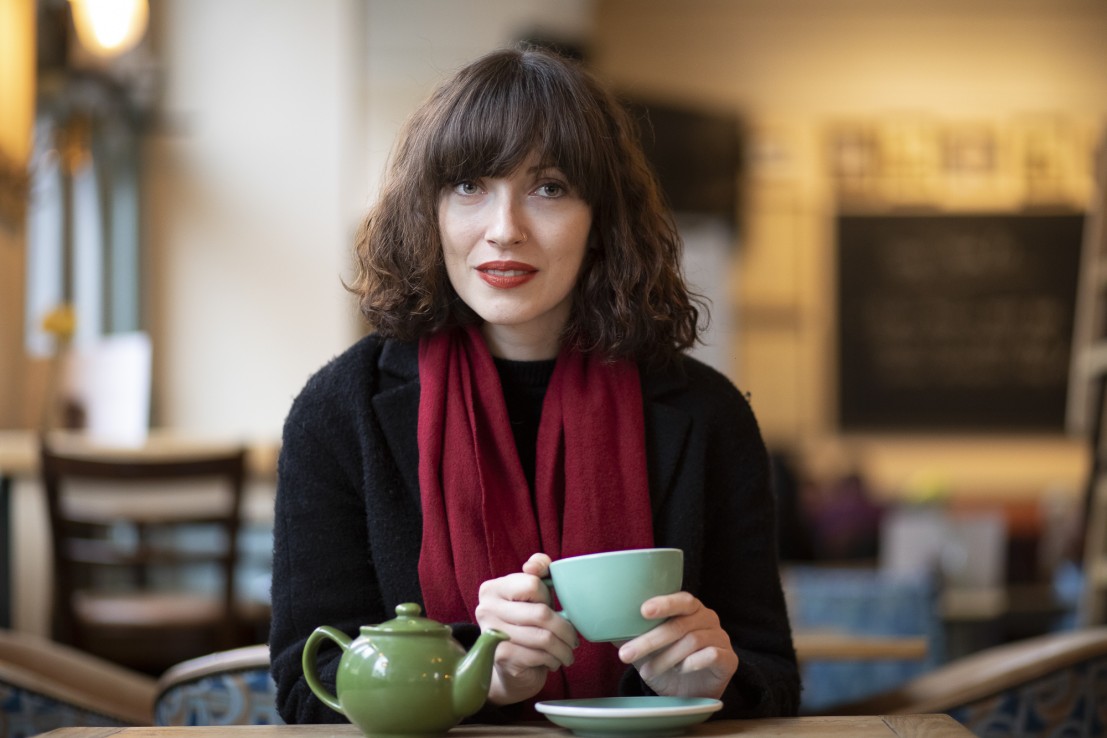 It’s a tricky place to be in, acknowledging some feelings will never fade, while still refusing to be the creative equivalent of, say, the person who apologizes when someone else runs into her in public—an example I offer up with a self-incriminating smirk.

“Oh I do that as well!” she replies, her golden laugh returning. “It’s so annoying! I don’t know why I do it. I’ve been programed to do it somehow. Who am I?”

If there’s anything Tonra is trying to take away from the Ex:Re writing experience it’s a sense of self-acceptance. She notes that nearly every song casts her as her own worst, and usually drunken, enemy. It’s not that she’s afraid to show off the cracks in her heart, but for her own sake she’s slowly learning not to wallow.

“I am my own worst critic,” she admits. “I’m trying to edge on the other side now. For a long time, I’ve been unkind to myself—so it’s been this brutal relationship with myself. So now I need to accept things about myself. I need to be a bit kinder. This is something that’s good about the record. What am I doing? There’s been some realizations along the way with this thing. I think I’ve always been able to write honestly about myself, but maybe I need to be careful that it’s not too mean.” 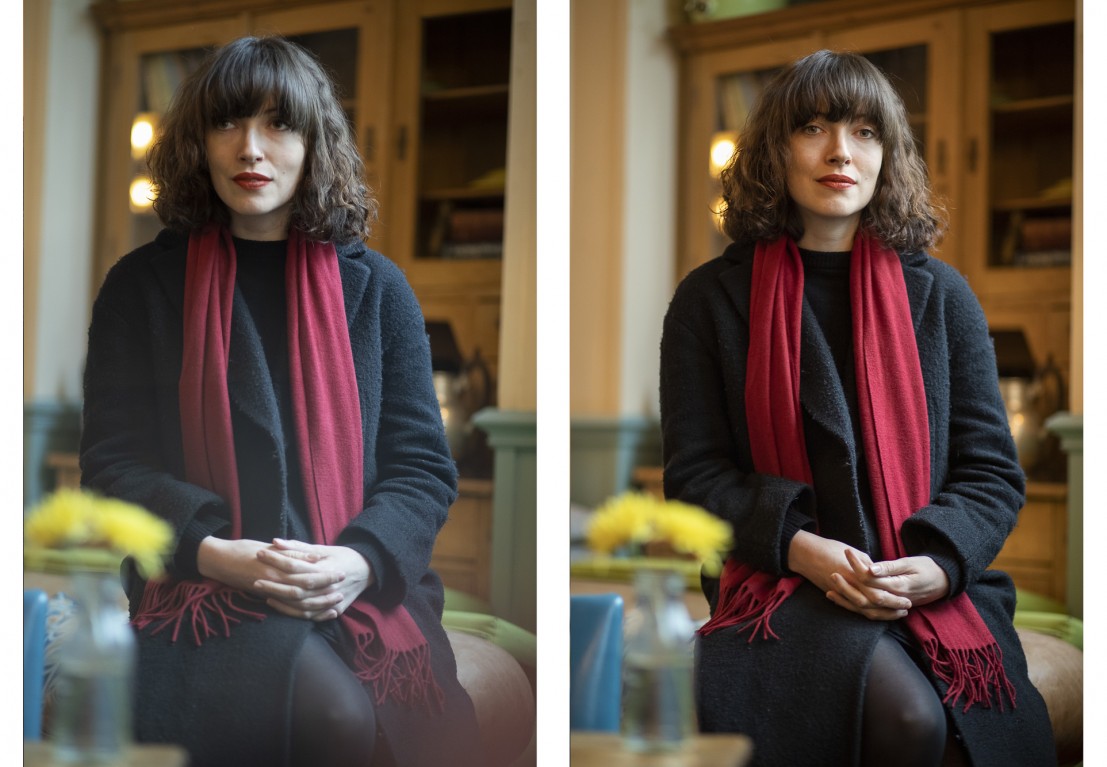 It’s statements like that that pepper and define our conversation. Tonra is exceedingly willing to pause, and think through questions, and offer the kind of honesty both in music and in real life that hints at an extraordinary level of self-awareness, even with the voice recorder running on the table between us.

“It’s all about me!” she declares, adding a laugh that indicates this statement is both true and extremely facetious at the same time. Tonra is quick to praise her collaborators, both on Ex:Re, and Daughter. (Oh, and her friends as a teenager—if it wasn’t for their encouragement to play live, she might not be sitting with me right now.) But ultimately, she’s on the cusp of releasing what is, arguably, her most personal project to date. And even though she’s expressed some nerves at the short time between the album announcement and its release (“I feel like I’m chasing it!”), she’s also very excited.

“I guess what I wanted to happen is I want it to be album release day, suddenly this heart will be patched up and better,” Tonra continues. “Now that’s not going to happen, but I’m so happy with the record. I’m so happy a lot of my mates are involved in this. So, I feel like I want to have a big old mates dinner. Loads of wine and my friends. It can be frightening to put something out into the world.”

Ex:Re is released on 30 November via 4AD