In a musical landscape that seems destined to regurgitate itself in perpetuity, originality is a scarce and valuable commodity.

The word novelty has some particularly dirty connotations but it could rather reasonably be argued that without novelty we would be destined to an industry built of the refinement of well-worn ideas until we’re essentially playing the same things over and over. 2011′s Forever Dolphin Love marked Connan Mockasin as a unique voice. Soporific psychedelia with Dadaist, yet strangely emotive, lyrics sounded as far removed from contemporary trends and sounds as anything else released that year. The obscure yet alluring production aesthetic disentangled it from any particular genre, scene or era and spoke of an artist with a clear and simultaneously hazy, vision. Now with his second album Mockasin has once again liberated himself from the constraints of genre and form and instead focused his energies towards a single word. Caramel.

It’s clear that Caramel is an evocative title. Much like the Isaac Hayes classic Hot Buttered Soul, the name immediately draws to mind the sultry, the serene and the sticky. Refracted through Mockasin’s distorted lens, however, the album becomes something otherworldly and vaguely disturbing. Recorded with minimal equipment, the songs have a peculiar stream of consciousness quality to them, perhaps in part to the simplified workflow. As he explains – “I just used Echo and a Tape Machine. I find I get more excited when I’ve got fewer options. More options I get a little bit more stressed.”

Far from elucidating the ever-mysterious Mockasin, the album shrouds him in even more questions. Nebulous whispering voices and cryptic lyrics obfuscate the songwriter on record, to create something dark and mysterious. In conversation, however, he is affable, easygoing and very much enjoying himself.

You recorded the first album before finding someone to release it. Do you think being relieved of the pressures of being under creative control of a label helped? Did you feel any pressure for this second album?

The last album I didn’t know was going to be released. It was all by chance really. My mum told me to make a record. She said it would be nice. I didn’t know how to record, I wasn’t sure. This time I knew it was coming out on record labels, I knew it was going to be heard. So, of course, it was on my mind. But I don’t know, I just felt like making a record all of a sudden. First thing I said was I wanted to make a record called Caramel. That was my only thing. I wanted it to sound like a record called Caramel. For it me it was slick sounding, as slick as I could make it on my portable equipment. I went to Tokyo with a small recording studio for a month and just recorded.

How was it playing America for the first time?

It was really amazing. I loved it. To be honest it felt easier than when I first played England. I started playing in England pretty much from scratch for years, learning along the way. It felt very comfortable straight away playing in America, a real excitement. I love playing in England as well. It’s taken a while to figure out things, but it’s been amazing.

You’ve also just moved to Manchester, how do you find living in a city with such a musical history?

Yeah, just a little bit earlier this year. I’m not actually there that often. When I’m there it’s sort of down time. I haven’t really seen too much. I’ve been to Manchester a few times to do shows. We don’t live in the city so it’s more of a nice bit of quiet.

The funk influence is a lot more prominent on this album, what do you think you can attribute this to?

For me that was what Caramel sounded like. Just Caramel music.

Did recording the album in Japan influence the sound in any way?

I’m sure it did. I don’t know in which ways. I find it really exciting there, very mysterious. I really like it there. It’s so limited . There’s a difference to being in your hotel room and then going outside. It’s completely different. It’s pretty full on. The mystery. The people are really funny and sweet. 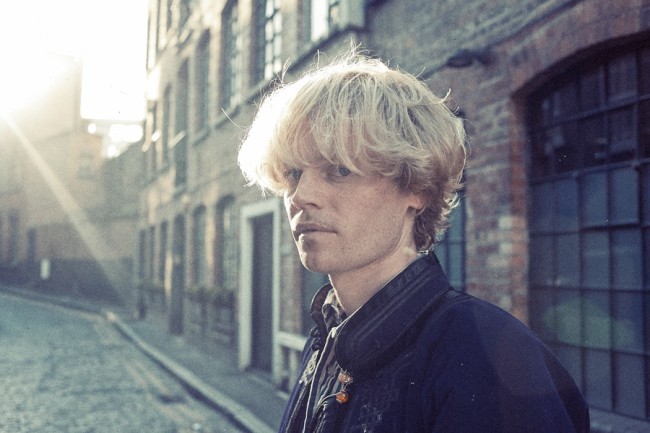 There has been a lot of comments, particularly on the now infamous Guardian article , that seem to feel you aren’t “taking it seriously”. There seems to be a lot of confusion between being serious and being funny, as though the two are mutually exclusive. Do you often find yourself not being taken seriously because of your sense of humour or laid back approach?

I’m just lazy when it comes to collecting records. I don’t have an iPod. I can’t be bothered sifting through so much music and go looking for it and I know I’m not the only one either. I don’t know why there was such a backlash. Of course I listen to other people’s music. I was just asked what the last release that really excited me, which was Andre 3000′s The Love Below and that was 10 years ago, so it all got a bit…of course I love music and of course I hear it and people show me stuff. It’s not that I don’t like it; I just can’t be bothered to start collecting. I’d love to have a record collection when I have my own house that I’m not going to be moving from every few months. Never take things too seriously when they’re on the Internet. I’ve actually been finding the opposite . I think maybe people are taking things too seriously. It’s by chance that I’m doing this. I’m just really enjoying it. The people who are coming to shows are so lovely and it just excited me and I want to do it now. Right now I’m having fun and when I stop having fun I’ll do something else. I don’t know what.

Do you still get to spend much time painting?

I haven’t been able to do so much lately. I’ve been busy lately with the record release. I love painting. There are a lot of things I wish I had time to do. I always messed with designing amusement rides, ones that fold up onto trucks. I’m really into it. I love surfing. I’d love to go on a surf trip with Kelly Slater and maybe do the soundtrack for one of his surf films. That would be really cool. I’d love to get into making soundtracks.

I’ve also read somewhere that you’re working on an album with Sam from Late Of The Pier?

We’ve finished a record together, which comes out next year called Soft Hair. On your head, Soft Hair. It’s something I’m really looking forward to people hearing. I suppose it’s a mix between the two of us. That’s not a great answer I know but it’s all I can work. I’m not a good reviewer.

Caramel is out now on Phantasy.