The music of Saddest Factory signee Charlie Hickey is a flickering snapshot of his life.

The moment he was born, Charlie Hickey was surrounded by music. Raised in Pasadena, California, his parents are the “neurotic musicians” he sings of on “Mid Air”, the third track on debut album Nervous at Night. “I listened to them play around the house or watched footage of them playing in their bands,” he recalls. “I think I am very influenced by that. And they're both great songwriters in their own right.”

The romanticising of being a musician – and its encouragement from such a young age – meant Hickey's career was a natural manoeuvre. Is it everything he'd hoped? “I mean, it's interesting," he tells me. "I have to often remind myself that I am doing what I have been dreaming about doing for years because you forget or you get caught up in complaining about something but it's important to snap out of that and remember that actually, yes, it is less romantic than people make it out to be but also it is really so much fun.” 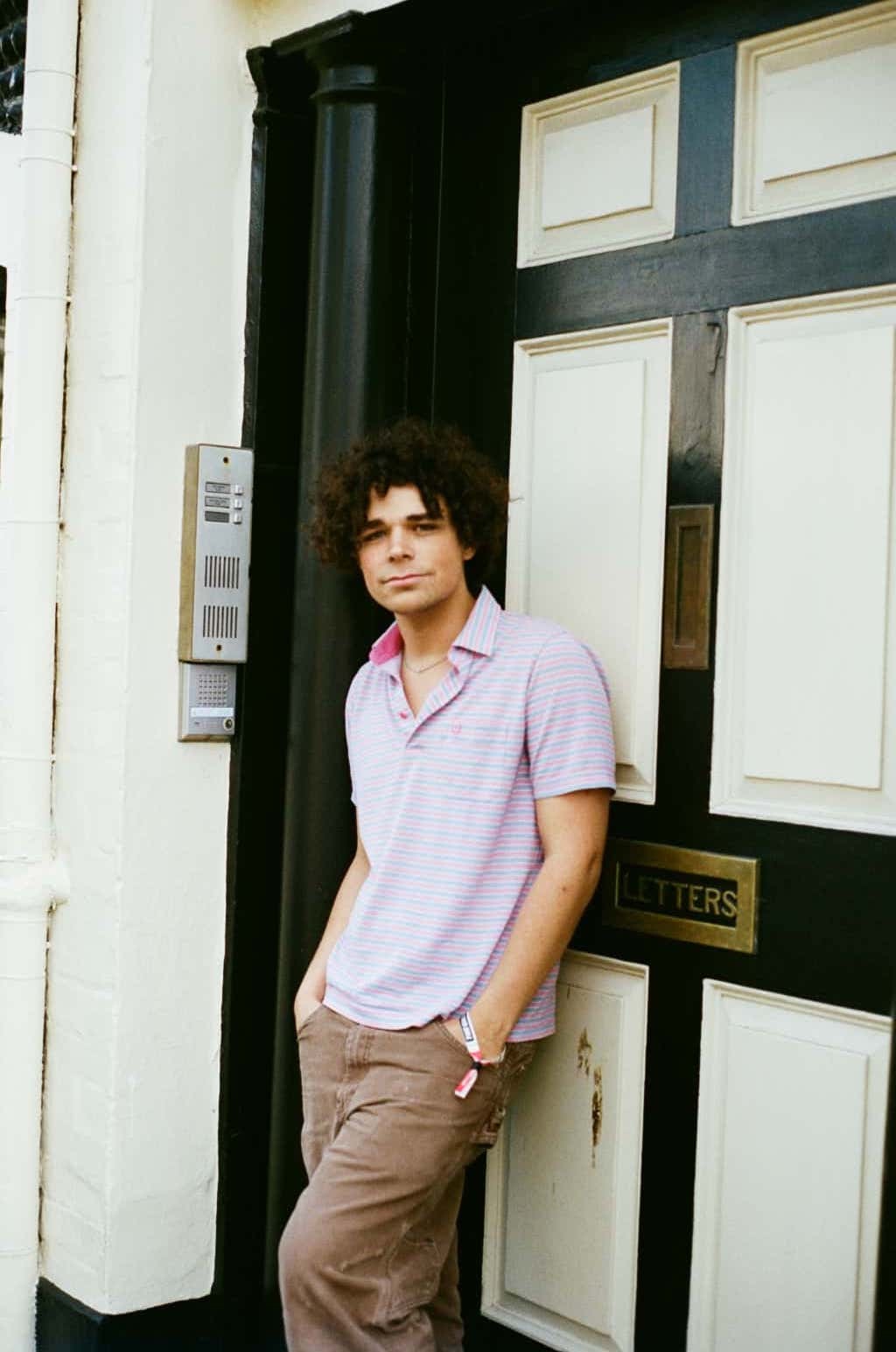 As we amble around the centre of Brighton looking for photoshoot backdrops, Hicky oozes California cool – that easy, breezy way of living that comes from somewhere that nurtures encouragement and positivity. The music he was raised on outside of his parent's tastes (from The Beatles, through to Nirvana) is obvious; his sparse, emotionally driven musings owe a debt to the likes of Radiohead and Elliot Smith. Nervous at Night is a stitched series of vignettes and inane moments that strike like lightning, backed by ghostly guitar and phantom piano. “Fell asleep / In a theatre seat / With a water bottle filled with wine,” Hickey confesses on its opening track – he’s also relatable.

“Elliot, and like Conor Oberst I feel were the first writers that I heard portraying emotion in such a vulnerable way,” he says. “But I do think also, like, what is cool about them? It's that their music, it's vulnerable, but it has teeth to it as well.”

Hickey admits his is “a profession in an industry that does reward having strong feelings – often bad feelings – so obviously, there's the danger for that to get romanticised a lot. We've seen it happen so many times. And so I try to look kind of resist falling into that trap of identifying too much with it or sadness.”

Finding his feet as a songwriter of this ilk took Hickey a while. "Everybody gets their start by emulating other people and trying to cultivate the thing that you think is cool," he explains, "which is obviously different than being vulnerable – it's often not fun or cool to do and can feel scary or painful. So I even still can struggle to do that. But I think I'm doing it now because I think people just respond to that, you know, they can tell when you're not being honest.”

That kind of honesty is what has helped Hickey's Pasadena childhood friend Phoebe Bridgers become a cultural force and launch her own label – Saddest Factory, also home to MUNA, Christian Lee Hutson, and of course, Hickey. Signing up was where Hickey’s story began taking on its form. “It felt very organic," he recalls, "just because Phoebe’s a lifelong friend. We grew up together and grew up playing music together so I guess it was a very untraditional way of finding a label in that way, but it feels really special. It's a big moment when somebody believes in you that much, and I mean, I've always believed in Phoebe, and I think she's always believed in me. So I feel like I've always kind of had an encouraging presence, even before the label.”

It’s hard to not make comparisons between the music both artists make: it's detail-fuelled, diaristic and presents reality through gleaming eyes and soft guitars. While Hickey’s particular brand hides pop elements hidden beneath the shimmering clouds of folk, there’s no denying that there’s something in the water. “The community definitely exists,” acknowledges Hickey. “It’s a very multi-faceted community in this, but it existed before I became part of it. They have their own universe in a way but we do all collaborate and it's great, I'm just happy to be able to know them.” 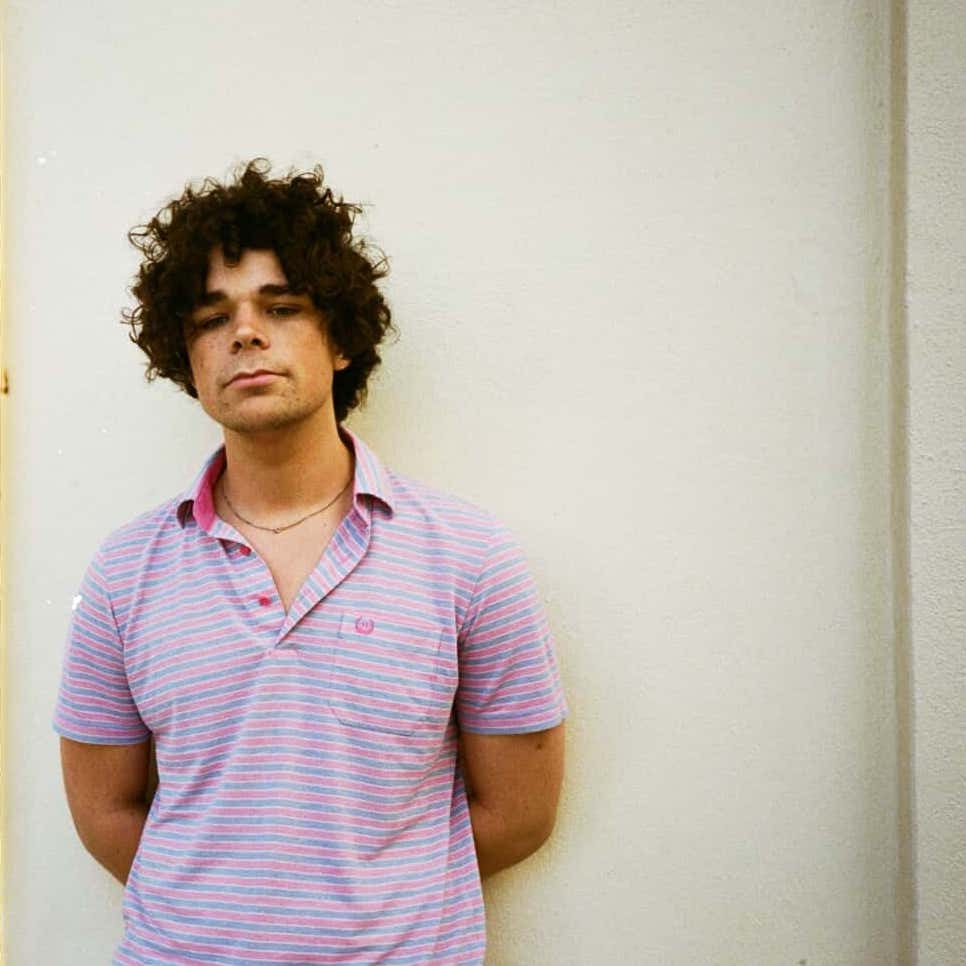 Nervous at Night was released alongsdie the turbulence of leaving his hometown to go to college and some of the record's older songs – including “Springbreaker” and “Month of September" – are, Hickey says, “wild to hear now, because I still feel like they are from a different perspective than I have now. I appreciate that perspective.”

Embarking through your twenties is difficult at the best of times, but having reference points created from moments of scrawling in a diary and twinning them with music helped Hickey weather through the worst. “I hear songs that I wrote about things and I'll be like, damn, I don't identify with that way of thinking about it anymore,” he smiles. “I’ve realised the thing that's cool about songs is you hear them differently every time you listen.”

“I would love for other people to identify with my songs, but also hearing a song and not identifying with it, but just getting lost in someone else's experience – I would invite people to do that as well. I don't need to find ways to connect people with themselves necessarily, but that's great. I don't really have one thing that I would like to feel about it, you know?”

Nervous at Night is out now via Saddest Factory