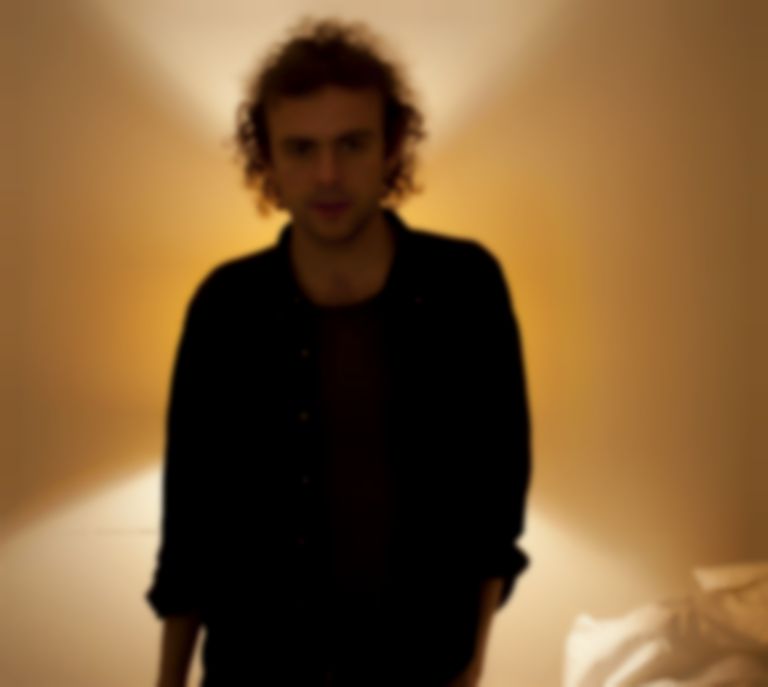 “Have yourself a good time”, sings Damon McMahon of Amen Dunes on “Lonely Richard”, the interplanetary third track from his band’s new album Love. It’s one of the key lyrics – surprisingly perhaps on a post-breakup record – that defines the altered direction and sound of Amen Dunes following the ill-received fuck you of last year’s Spoiler album, one so wonky (and McMahon is no stranger to wonk) that his usual record label Sacred Bones decided they’d be better off not releasing it.

But here on Love, McMahon (joined by band mates Jordi Wheeler and Parker Kindred, plus members of Godspeed You! Black Emperor and Iceage and saxophone god Colin Stetson) has delivered a mainly bright and hopeful record that addresses love, loss, drugs and devotion through songs that have, variously, a psych chug, straight ahead rock, 60s jangle, Scott Walker balladeering and, most importantly, a massive debt to the late 60s/early 70s records of Pharaoh Sanders, Alice Coltrane and Marvin Gaye. It’s a cosmic record that keeps its feet firmly grounded in the real.

Despite the roll call of guests, what hits you about Love is how simple and stripped-down it actually is: it’s the piano, drums and vocals that are to the fore, McMahon’s wandering voice brilliantly accompanied by Wheeler and Kindred’s wonderfully precise playing, whether it’s the focused motorik of “Lonely Richard” or the inspired, instinctive flow of “Splits Are Parted” where the guitars and piano feel completely inseparable. But it’s the lyrics I mention first when I speak to McMahon as he roams the streets of New York. I ask Damon if the title was a conscious decision about being more open and welcoming with his music: “It was actually a mix of things,” he begins. “On one hand it’s a very commonplace word and is probably as prosaic a word as you can get, you know?”

Does it lack some sincerity? “First off, I don’t really mean it….there are several kinds of love and in part it’s about romantic love – the album was made as I came out of a long relationship, just coincidentally – but the love I really mean is the love you hear in a lot of music.” McMahon goes on to reveal some sources of inspiration: “A lot of music inspires this record in particular; people like Marvin Gaye, Van Morrison’s Astral Weeks, or Sam Cooke…Alice Coltrane, that kind of love. It’s devotional music love, and a selfless kind of love…..and also just trying to take the piss! See for a while, it feels like everyone has been trying to be more ‘dark’ than the next guy, and I thought I would be punk rock to have a title that was irritatingly not that.”

There have been interviews with McMahon about Love which have him quoted as saying that it’s an album by Amen Dunes that people will finally like. It’s a curious statement given how fine 2011’s Through Donkey Jaw and the supposedly controversial Spoiler actually are, and how very listenable the pair are. Yes, there’s difficult moments on both but shouldn’t music challenge? I ask McMahon about this quote, and it turns out that it’s not terribly accurate: “Well, that was a misquote” he says, slightly miffed about the whole thing. “People liked the Spoiler record, but what I meant was I’m making a record that more people will be able to enjoy, you know? I want to be as useful as I can with my music; I’m on this planet, I do what I do and I wanna spread the energy waves as far as they can go. That’s what I’ve been thinking lately.” Staying with Spoiler, though, did he use up any goodwill with Sacred Bones over the whole affair [the label didn’t want to release it] when it came to delivering Love to them? “Oh they know I’m pretty diverse and weird,” laughs Damon. “I’m unconventional, I guess, so they know I have the Spoiler side but that I have lots of other sides too. But I simultaneously gave them the demos for Love when I gave them Spoiler so they knew there was other stuff they could maybe…sell.”

Whether it’s a record more people can enjoy or not, Love certainly signals a turn towards a cleaner sound for Amen Dunes. Previous albums have found songs cloaked in a haze and fuzz (not reverb, as McMahon later reveals he doesn’t like or use the pedal very much at all), a narcotic fug that while trippily appealing might be the source of some people taking a dislike to McMahon’s music and recording choices. Love doesn’t completely dispense with this feel, but there is a brightness present that often warms the heart. I ask McMahon if he can hear this progression to clarity through his albums: “Yeah, definitely man,” he affirms. “I never chose to be lo-fi because I thought it was cool…I did it because I didn’t like pro studios, and couldn’t afford to get fancy gear of my own! So I just recorded myself. But this time there was a big difference; we recorded with really nice gear and in big rooms, and I wanted something that was beautiful and big. I’ve always wanted that, I just couldn’t attain it with the equipment I had…you can’t compete with the sonic quality of records from back in the day.”