Standing in front of the main stage as the sun sets behind the ocean beyond the festival site, the prospect of being elsewhere in that moment seems ridiculous.

Beverage in one hand and swaying to music in a refreshingly cool evening breeze, the excitement for the next act starts to take hold - but it's these in between moments when the beauty of the situation really sinks in.

Held in Lisbon, a place also known as The City Of Seven Hills, NOS Alive is surrounded by no shortage of spectacular sights capable of taking your breath away. There are golden sands along the coastline, dizzyingly beautiful views from the hilltops, quaint tram rides through traditional city streets, and a seemingly endless number of squares and monuments to marvel at.

Situated a short distance out of Lisbon’s centre, the festival site echoes all the marvel and beauty of the city that surrounds it. A giant rainbow archway marks the entrance to the site, atop of which a number of acts perform, bringing music to life right from the moment you arrive. As you venture further in, a street constructed to look like the city’s old town offers characteristic cafes and traditional bars.

Celebrating its tenth birthday, NOS Alive brings together some of the world's biggest acts with the brightest, burgeoning talents. In this most picturesque of locations, there’s no better way to see music brought to life.

Getting things off to a sun-kissed start on the clubbing stage, Baywaves bring the weekend into life with their unique brand of euphoric pop. Dancing around the stage whilst their audience daze in the little shade the stage offers, you really start to feel that this is exactly what dreams are made of.

Xinobi are a little more immediate, their dance along rhythms inciting some of the most frenetic moves you’ll see all weekend. Meanwhile, over on the Heineken stage opposite, The Happy Mess’ polished indie rock might not pack out the stage, but it offers a refreshing alternative to the more dance-centric melodies that surround them. 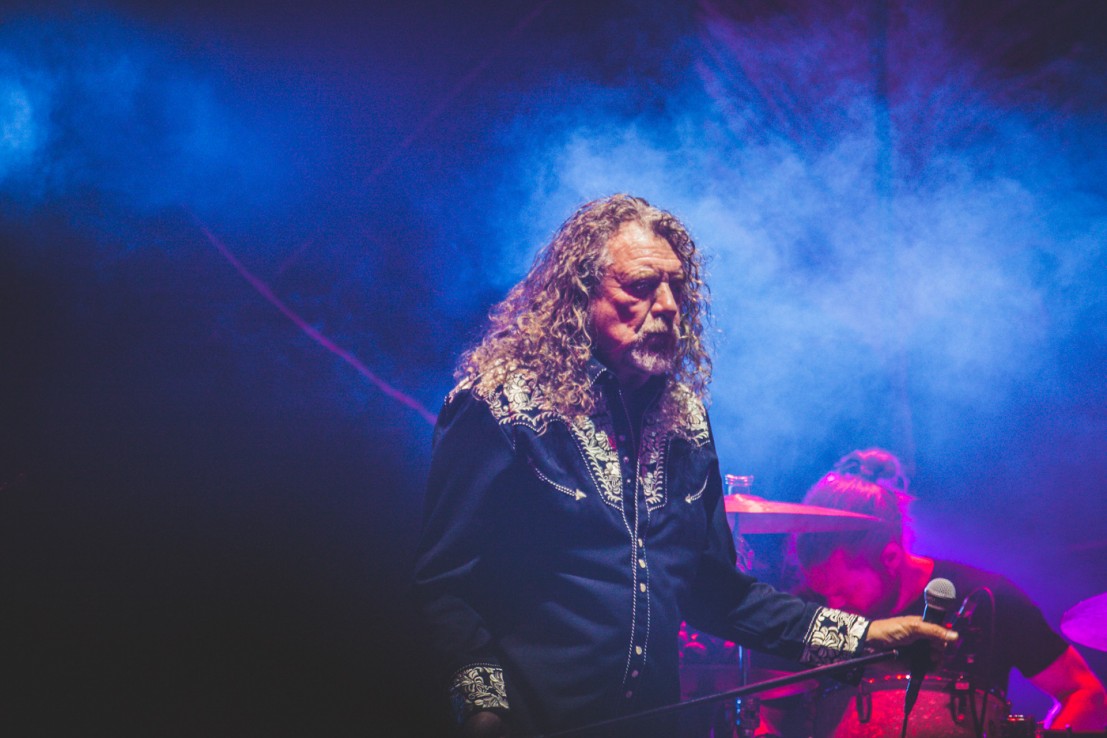 The 1975 kickstart the action on the main stage. Barely speaking between songs, the group let their music do all the talking - after all, that's what the crowd is there for, right? As the band power through a succession of their instantenious hits in the Portugese heat, there's no other crowd more thriving.

Shirts off in the sunlight, Biffy Clyro's ferocious stadium-ready rock anthems offer a frenetic alternative. Storming through favourites "Bubbles", "Mountains", and "The Captain", alongside their newer material, their set is as varied as their crowd is frenetic.

Robert Plant, however, invokes a stilled awe in a lot of the crowd. Performing with his Sensational Shapeshifters, the arena is treated of renditions from all through his illustrious career - but, of course, it's classics like "Whole Lotta Love" that really puncture the moment with poignancy. 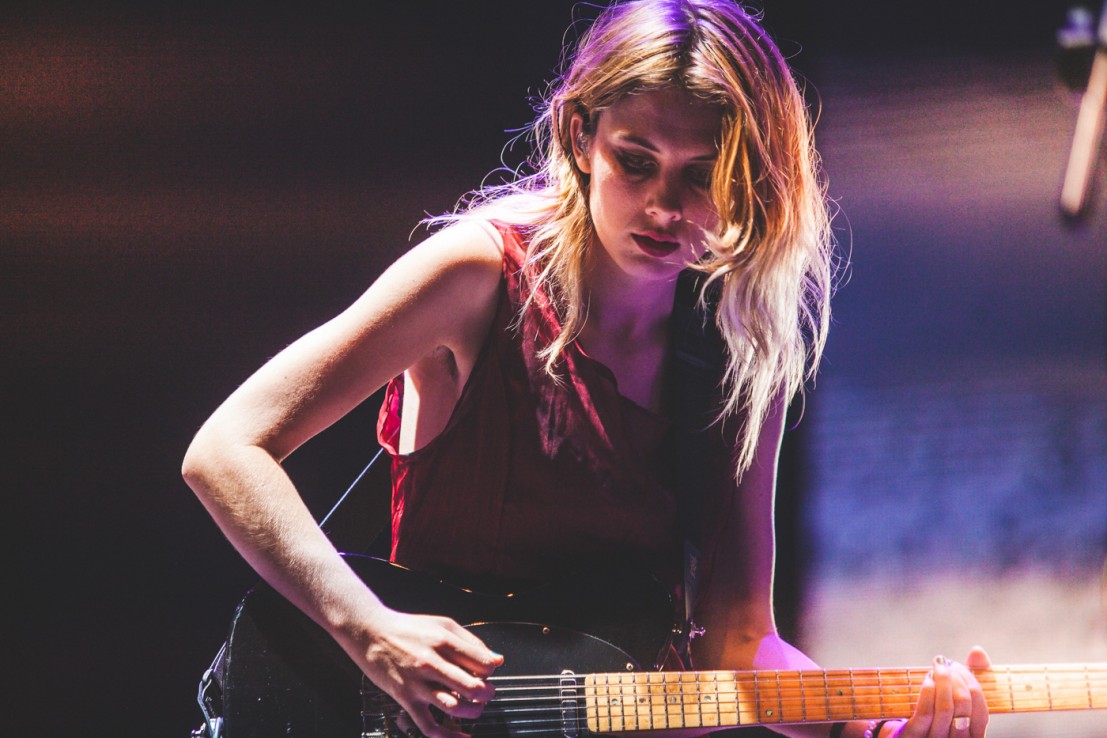 An early highlight arises in the form of Wolf Alice. With the success of debut album My Love Is Cool still flying high, the energy doesn’t let down even for an instant. Playing “Lisbon” in the city that gave the song its name as the crowd light up menthol cigarettes, there’s no other band that befits the setting - and vice versa - quite as well as this.

Having just announced the release of a new album, as well as the permanent addition of Paz Lenchantin to their ranks, Pixies are met with an instantaneous wave of excitement. Debuting new songs - three, to be precise - whilst still filling the arena with fan favourites, the group make their mark as more than just a nostalgia trip. If the enthusiasm here is anything to go by, that won't be fading away any time soon. 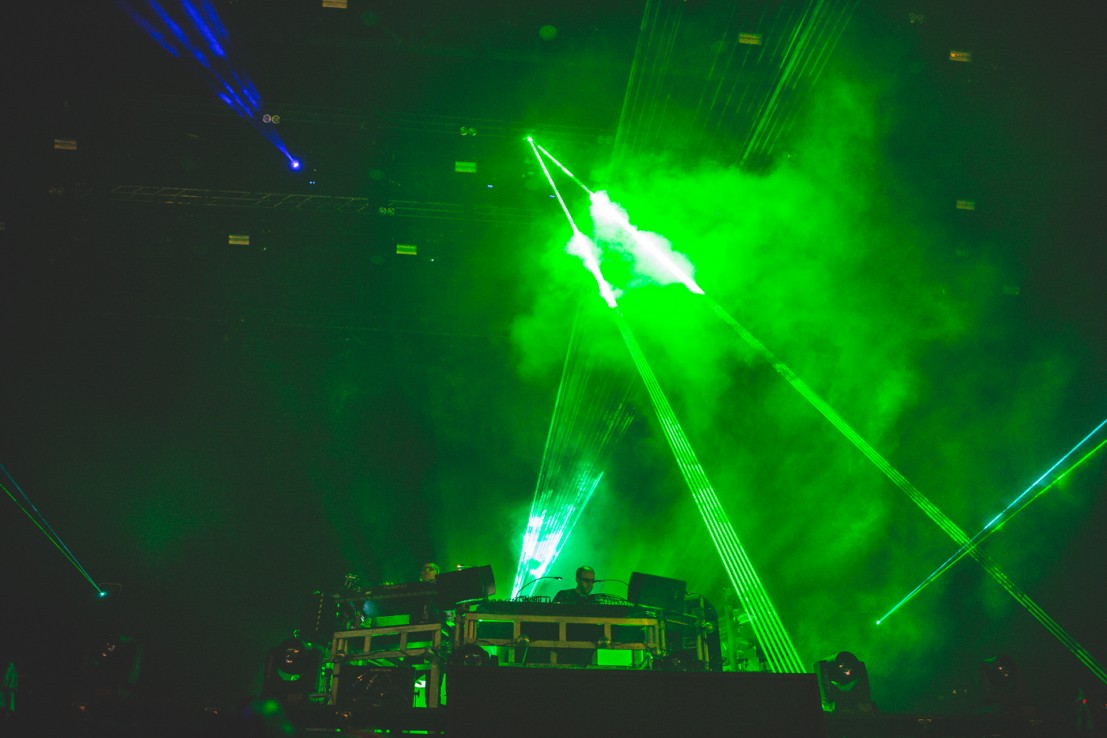 The Chemical Brothers hit-filled set is a surefire crowd-pleaser performed as spectacle. Carnival-esque projections light up the stage, whilst giant robots hover against the backdrop, laser eyes scanning the crowd and stirring up the energy within. It might sound like a really bad trip, but as anthem after anthem entertains the mass crowd, there's no shortage of elation. Whether it's the opening chants of "Hey Boy Hey Girl", the oh so perfectly timed drop of "Go", or the closing calamity of "Block Rockin' Beats" that really gets people moving, there's no shortage of sensation.

On the opposite side of the festival site, playing everything from Tame Impala, through New Order, to Hot Chip, 2 Many DJs bring the night to an end with an uproar of flailing limbs and spinning rhythms. Dancing through until the morning light starts to show, there's barely time to recover before the next day is in full swing. 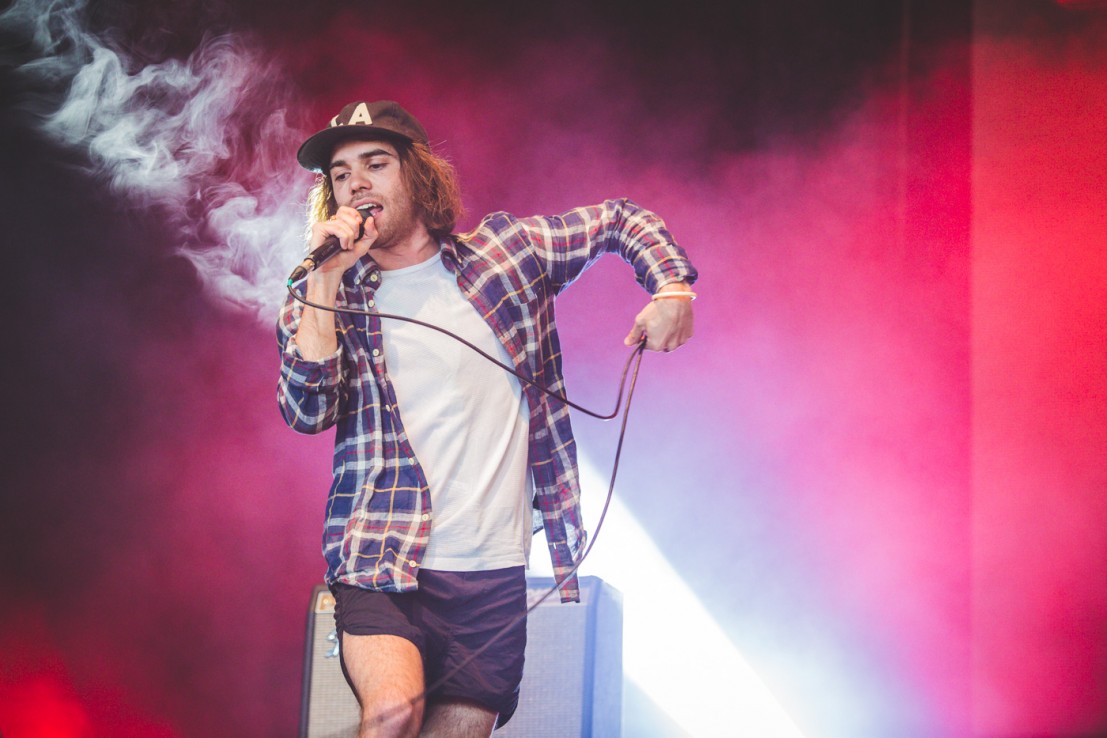 It’s Years & Years who spring Saturday into action in the sweltering heat. Ever the crowd pleasers, their unfailing character and unshakable pop hooks win over the gathered in an instant. Elsewhere, with a new album imminent, Jagwar Ma are gearing up for brighter things. It’s a feat that seems impossible given the dazzling light outside the tent, but as the group power through their new material, it’s one there’s no lack of certainty they can achieve. The crowd here might be slightly diminished in size and a little too sun dazed to really dive into the Australian outfit’s psychedelic dance hits, but the energy on stage doesn't dip even for a second, demonstrating a power that seems only set to grow.

With the amount they’ve been playing, Foals’ set seems something of a festival staple by now. A little more relaxed than their usual frenzied affair, the band power through favourites for a crowd that laps up every moment. "If you have something on you, smoke it now," frontman Yannis Philippakis declares before "‘Knife In The Ocean", taking a step back from the band's usual brash momentum. Ending with the chaotic combination of "Inhaler" and "What Went Down", Yannis dives into the crowd - a standard at Foals' sets wherever they are - and what follows is sheer, albeit short lived, anarchy. 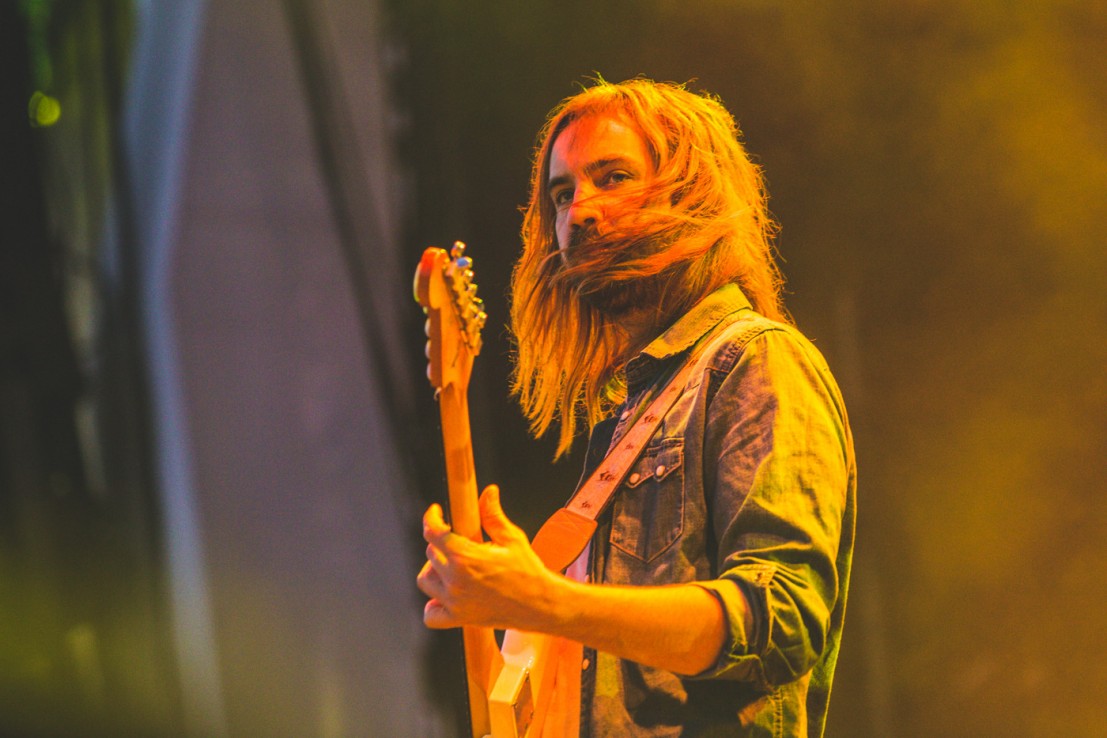 It's not just excitement that hits fever pitch as Tame Impala take to the stage - it's the heat. “I see you, Portugal, taking off your clothes,” Kevin Parker tells the crowd mid-set. "Do what you want, this is a festival." Lost in the melodies of the moment, there's no act that can convey quite the same vibrance. Yet the moment they leave the stage, all attentions and affections become glued to the stage that's about to be filled.

Say what you want about Radiohead, but there's no questioning their stature. From the moment they open with a whirlwind rendition of new album track "Burn The Witch", nothing else matters. The stage belongs to them, and they're standing there for every person gathered. It's undoubteldy a more subdued crowd for the Oxford greats - during "Daydreaming" barely a breath is heard through the audience as they hang, captivated, to every note flooding from the stage.

The group might barely interact with their crowd, but it's an experience that borders on spiritual for all who are a part of it. Showcasing material from A Moon Shaped Pool alongside fan-favourites like "Talk Show Host", before ending on an encore of "Creep" and "Karma Police", there's not a sould who could ask for anything more. 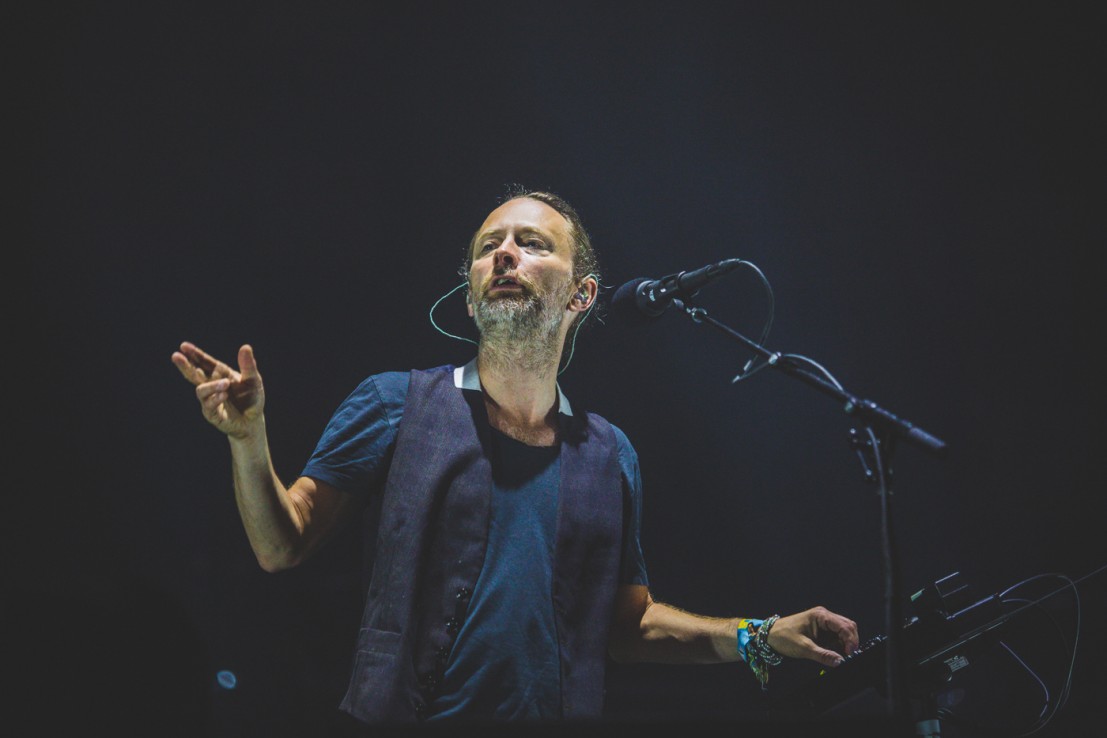 It's a lot to take in, but the fun is far from over yet. Sunday's start is a little more downtempo, but for those who venture across the site there's a wealth of treasures to be found. Whether it's the searingly energised rock refrains of Them Flying Monkeys or the spiralling psych of Savanna that's first to grab your attention, either way you're in for a treat.

Little Scream is the first to truly captivate, the dance-a-long melodies of "Love As A Weapon" proving even more elated in the summer heat. Inviting Arcade Fire’s Richard Reed Parry to the stage for a song, excitement starts to hit fever pitch for what's soon to follow, but with her contagious sense of humour and ceaseless enthusiasm for the moment, Little Scream proves more than capable of holding her own against giants. 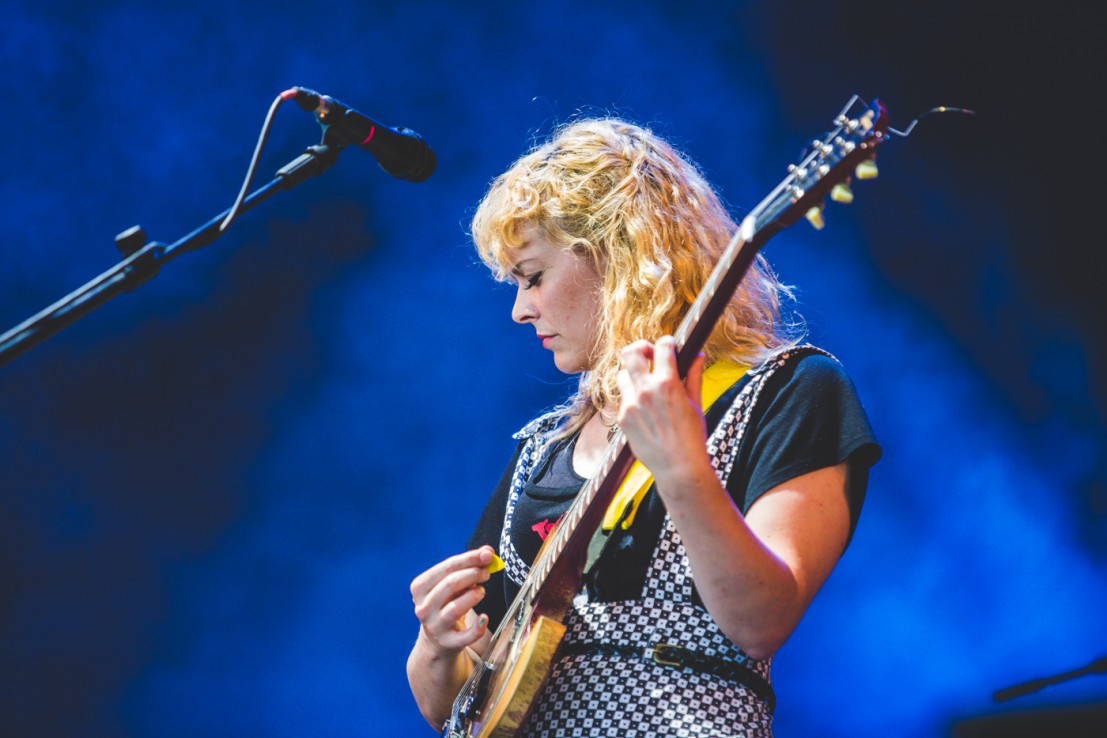 On an almost hidden bandstand, Galgo's tropical take on guitar rock is a deliciously intense experience. Riffs race through wordless hazes, providing the perfect soundtrack to every individuals experience. But for something truly unique, look no further than Calexico. Whether it’s their cover of Love's "Alone Again Or" that gets the heart racing, or the people grabbing their partners and all out tangoing around the edge of the tent that makes the moment special, there’s something for everyone in this performance. 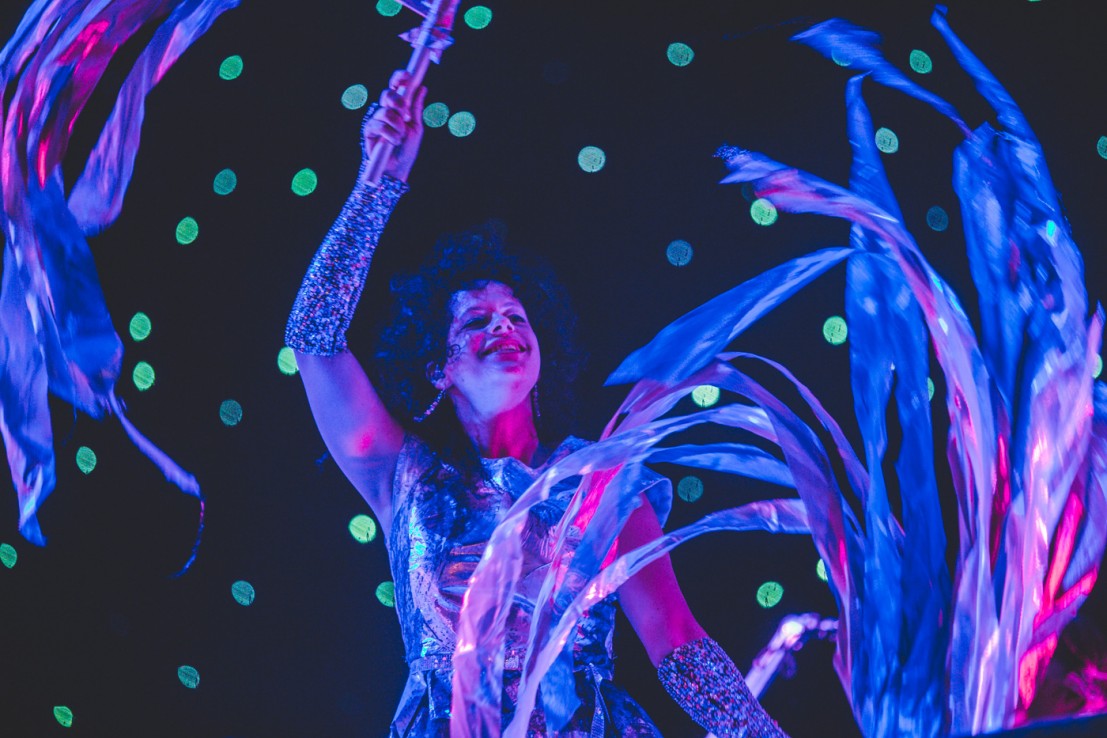 They might not be the last band of the weekend, or even the last band on the main stage, but Arcade Fire are unquestionably the headliners of the night - if not the festival as a whole. With an arsenal of hits not even a trained fighter could beat, the group rule the roost. From the moment they walk on stage to the moment they leave, not a single one can draw their attention away.

Melting from "The Suburbs" into "Sprawl II", drifting through the emotional high point of "Reflector" into "Afterlife", and sailing from "We Used To Wait" into "No Cars Go" before ending on "Wake Up", Arcade Fire's performance is, well, on fire.

The momentum doesn't cease. Streamers and confetti all make an appearence, bringing to life the sense of celebration before everyone's eyes (it is the festival's tenth edition, after all). Combining a showmanship with an unparalelled dexterity, there's not a band who can beat them. 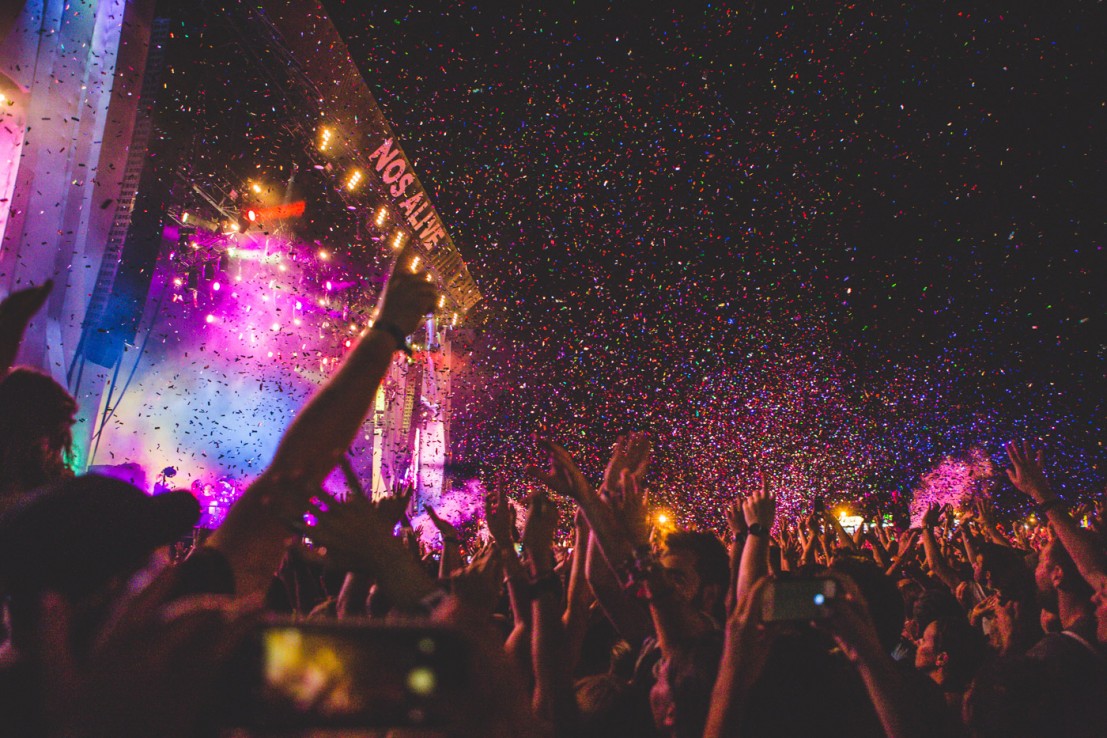 Honestly, the festival could well have ended here, and no one would've really felt any less for it. With M83 drawing the main stage to a close, and late night/early morning performances from Grimes and Ratatat still to go, NOS Alive isn't a festival to do things by halves.