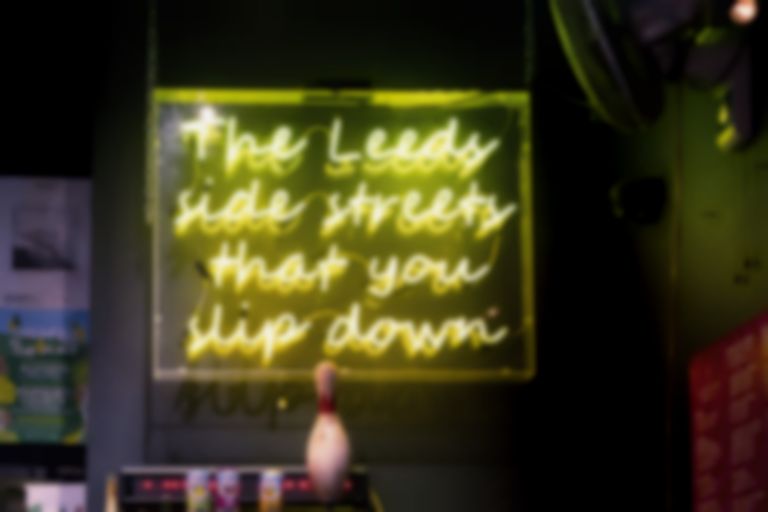 Every year, as the first rays of summer start to seek their way through the clouds, Leeds city centre draws together the great and the good in a celebration of all things music right now.

Venues city wide open their doors, stages and food stalls line the pedestrian walkways, and it seems as if the whole city is in on the sense of celebration. Even if you are just in town to do a spot of Saturday shopping, the excitement that fills the streets is one that's impossible to miss.

In the basement venue of The Wardrobe, Casey Lowry revels in the energy that surrounds him. Bringing tropical indie-pop to the masses, his performance is nothing short of magnetic. Basking in his enjoyment of the moment the enthusiasm is near impossibly contagious. On debut single "Trampoline" he pauses to get the audience in on the action. Asking everyone gathered to crouch on the floor in the song's breakdown (ditching his guitar and running onto the floor to talk a final stubborn two crowd members into joining in with the fun), it's a response worthy of any respected headliner. Not bad for one in the afternoon.

Upstairs, Foreign Affairs' acoustic intricacies cast their own spell on the gathered. A performance of Fleetwood Mac's "Dreams" brings the magic to dazzling light, even while Matt Maltese begins his performance downstairs. Melody driven in its majesty, Maltese's vocals are their own draw, sombre reflections on the world outside the doors presented along enchanting piano refrains. Surrounded by the twinkling lights of Hedgerow House, Kllo invite their audience into an entirely new stratosphere. Synth grooves, electric percussion, and larger than life vocals reach out beyond the crowd to reach out and touch the sky, a creating a void of their own making for those present to lose themselves in. 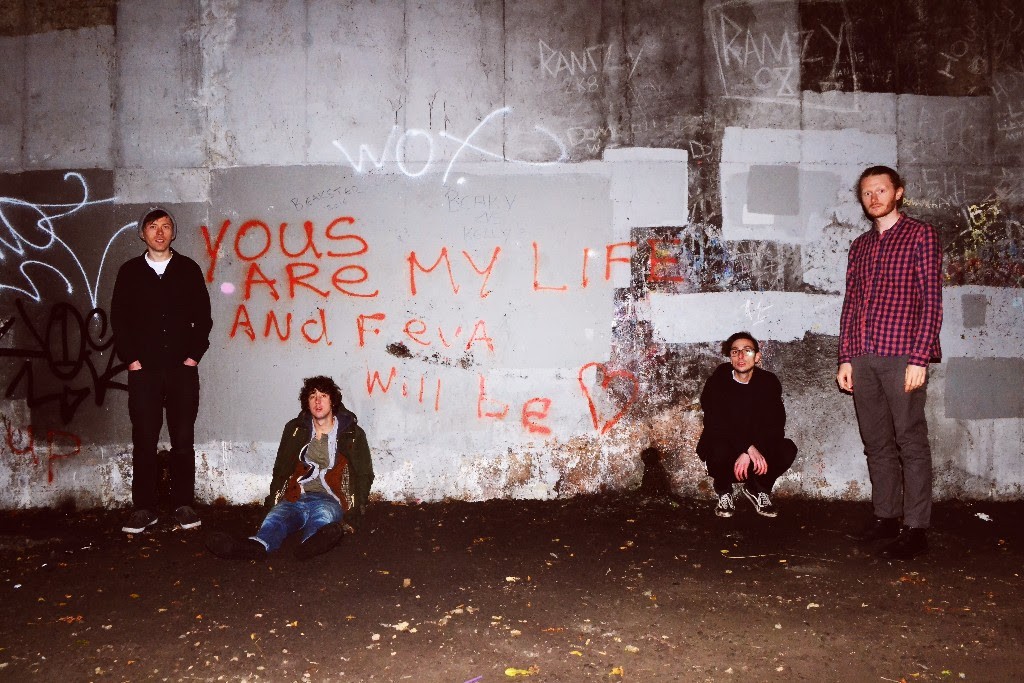 Dragging rock and roll kicking and thriving through a punk aesthetic over at The Key Club, The Bay Rays take to the stage ready to get people moving. There's crooning aplenty, hips shaking to riffs that sizzle, and choruses that land with no shortage of surety. Down the road a way at Leeds Beckett, King Nun take that energy and turn it up to eleven. There's a reason why they're considered one of the ferocious new bands around, and for the time they spend on stage the outfit indulge in an effortless showcase of what that is. With refrains that bludgeon, vocals that scrape, soar, and dive, and hooks thar are nigh-on impossible to shake free, their performance is as unhinged as it is inescapably addictive.

For a sound that's even rawer, The Brudenell Social Club is the place to be. Newcastle noiseniks EAT FAST have long built up a reputation for riffs that engage and vocals filled with rage. On stage their sound is even louder and more livid (would you think it possible?). Shredding pop melodies into an enthralling punk pulp, the group somehow manage to take the filthiest of refrains and make them resplendent.

Easily the most formidable band around, Idles turn The Key Club into a whirlwind of energy that leaves the venue staggering. Debut album Brutalism captured the spirit of a culture suppressed by the world around it - dismayed and enraged, with a nudge and a wink to the listener, this band are the embodiment of fighting spirit, and that's exactly what they offer on stage. Drums pound, guitars thunder, and the group's unhinged social commentary becomes anthemic cries of resolve. Throwing themselves around to the bulldozing refrains, crowdsurfing towards the stagefront and back (an impressive feat in such a small, cramped room) for the audience the set is the resounding escape from the pressures of the world outside. An enthusiastic fan lands on stage between songs, still in his work uniform, to venue-wide chants of "SAINSBURY'S!"

"Not all heroes wear capes," frontman Joe Talbot muses, before losing himself in the dark as he crowdsurfs towards the set's end. 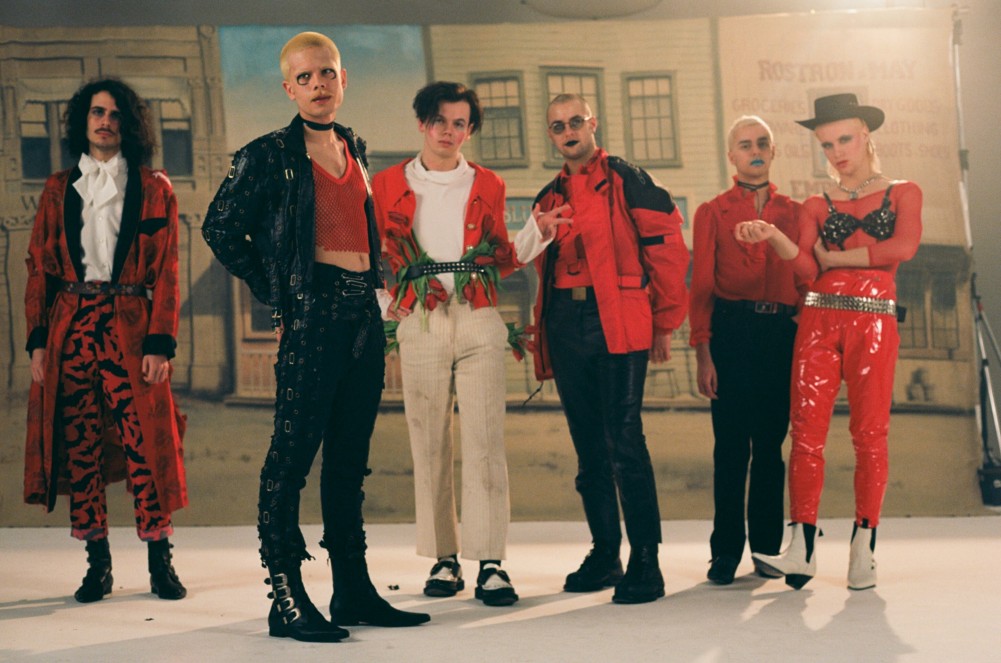 On an opposing side of the spectrum, over at Leeds Beckett HMLTD take the punk energy to glittering heights. Their glam take on the genre is one that evades definition, freewheeling without convention to create an energy that's as liberating as it is enlivening. Characteristic to an extreme, the band draw from the weird and the wonderful to offer something that's equal parts unique and unhinged.

The party truly sets in when Jagwar Ma take to the stage. The Australian trio draw from everything on the spectrum of psychedelic rock to R&B and house, and the resulting songs craft a stage show that feels like the disco of your dreams. Exalted melodies and singalong choruses rise out of the chaos, but it's in the contagion that Jagwar Ma truly shine. Melodies entwine and unwind, and as they ebb, flow, and build there's no holding back. Swaying forms and shaking limbs fill up the room as people let loose to the sensation of the music being made centre stage - and for as long as the sound continue to echo, that's the only thing that seem to matter.

Wild Beasts carry the dance party late into the night. With melodies purpose built to seduce, and lyrics crafted to work their way under the skin, the outfit hold the room in the palm of their hands. The synth-driven songs of latest album Boy King resound with more power than ever, a source of heat wrapping its tendrils around everyone in the room with hypnotising effect. Wild Beasts cast an enchantment that no one wants to break, a spell of instant allure that lingers long after the outfit have left the stage.

That's what it's all about: the excitement, the enthusiasm, the draw, and the power of these acts is one that brings out that can appeals to the admirer and the inquisitive in near equal measure. For new favourites alongside longstanding loves, there are few festivals that offer a combination as potent as this.