SOFI TUKKER's passionate electronic pop is slow-burning its way to world domination. They tell Jen Long about how it's going.

SOFI TUKKER have been blessed by Apple. Shooting into the US’ Top 40 when their song "Best Friend" was used to unveil the iPhone X last September, it was the third time the tech giant had harnessed the commercial prowess of the band’s music.

But don’t be fooled if you think this duo are a one-trick showpony. Sophie Hawley-Weld and Tucker Halpern are on a mission to brighten and bring together music fans around the globe with their highly infectious, accessible and joyous blend of electronic, South-American flavoured, EDM-taunting dance pop. Tracks like Drinkee and Good Time Girl have that incredible ability to get stuck in your mouth like Popcorn and their debut album Treehouse could bring a heatwave to the coldest of days. We caught up with them to discuss life on the road, their ambitions, and those notorious ads.

Sophie and Tukker met while studying at Brown University. Tukker had been working towards a career playing basketball before he fell sick in Junior year and had to take time out. Not wanting to sit around in bed all day doing nothing, he taught himself to produce music on his laptop. Meanwhile Sophie was studying abroad. Used to foreign climes having spent her childhood moving around International schools, she was in Rio for six months soaking up the culture. When she returned, she started making music, pulling on her South American inspiration.

It all started at a show in an art gallery somewhere in Providence, Rhode Island. Tukker had been booked to DJ, Sophie was on before playing her bossa nova jams with a jazz band. They talked, Tukker said her songs were good but boring and offered to help with a little electronic wizardry. And that’s the way the legend goes.

They started writing music together and fortunately, things really clicked in that last week of college. “I think the moment when it happened was Drinkee” affirms Sophie. “There was definitely this moment where we thought wow, this is something that neither of us would have come up with on our own and it’s really unique and we really like it and we have no idea if anyone else will like it but we really do. So that was the moment for us and enough for us to say OK, let’s go try to form this band and make more of this.”

“I had to convince Sophie like, let’s fucking go for it!” laughs Tukker.

They packed their bags and moved to New York the day they graduated taking up an offer from musician friends The Knocks to use their studio. That first song Drinkee, adapted from a poem by the Brazilian poet Chacal, was later featured on an Apple Watch commercial.

"We’re definitely not making songs thinking, oh this would sound good on an Apple ad, we’re making songs because we love them and that’s the metric that we go by."

We’ve seen many bands in the past shoot to notoriety off Apple’s omnipresence only to never quite follow up that first big hit. How do Sofi Tukker feel about being given such a push towards a notoriously fickle public ear?

“I think we’re just grateful,” reasons Tukker confidently. “It gives us an opportunity to be heard by so many people that otherwise wouldn’t necessarily discover our music and I’m sure some of them are fickle, just come and go, but we ended up on Top 40 radio just really because the catalyst was the Apple X commercial. So I think we’re grateful and we’re confident enough that I think we have enough other interesting stuff that once people have a reason to say oh, shit who the heck are these guys? Then they can decide for themselves if they wanna stick around.”

“I wouldn’t say we rely on it and I wouldn’t say it’s scary, it’s really like a bonus and an opportunity that we try to take full advantage of” agrees Sophie. “We’re definitely not making songs thinking, oh this would sound good on an Apple ad, we’re making songs because we love them and that’s the metric that we go by. The only metric that we go by. We’re mostly just really grateful that there is an opportunity still to be a band and share music with people.” 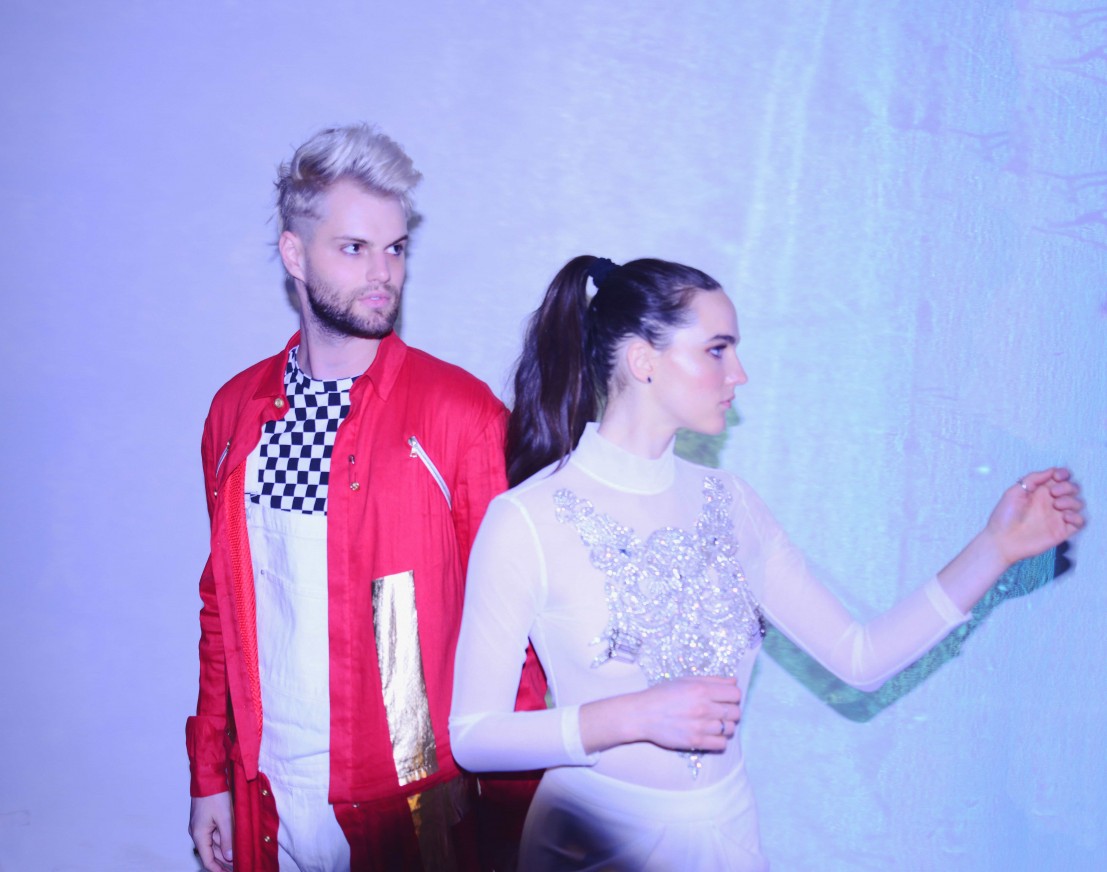 And what a ride it’s been, from non-stop touring to performances on national TV shows, to releasing their debut record, but what have been their personal highlights so far? Tukker is reluctant to single anything out. “We’ve been going so crazy for a couple of years now I kinda don’t sit back and think too much, I just roll. Roll with it and keep it moving because momentum seems too exciting and important and I kinda like to just keep it going so if I have any moments free I’m just working on music or doing a remix. Usually we’re just travelling and running around. We don’t even have houses anymore. We both just live on the road. We gave up our apartments in New York last year and now we just live on the road. So it’s pretty hectic non-stop.”

"It feels as though what we’re doing is connecting with people, it makes us feel more passionate."

However for Sophie, there have been some standout shows. “It happens in surprising places. I remember playing a really small show in Bordeaux, and its not a major city, but we showed up and there were all these people who really knew the music and were really passionate. It comes as a surprise, this feeling of wow, this is really really cool, we’d better not take this for granted.

“Lollapalooza Brazil was one of them. Just coming back to Brazil is really cathartic for me and this one was just a massive festival. All of these Brazilians knew every single word to our music in Portuguese which usually doesn’t happen when we go places. So that was really special, it really blew us away.”

And what is it about the Brazilian culture that captivates Sophie so much, makes it feel a second home and makes her adopt their language? “I think the first thing is that I think the language is really sexy” she laughs, “And then the culture in general is just really warm, open-hearted, inclusive, joyful, people have music and rhythm just in them. It’s passionate.” 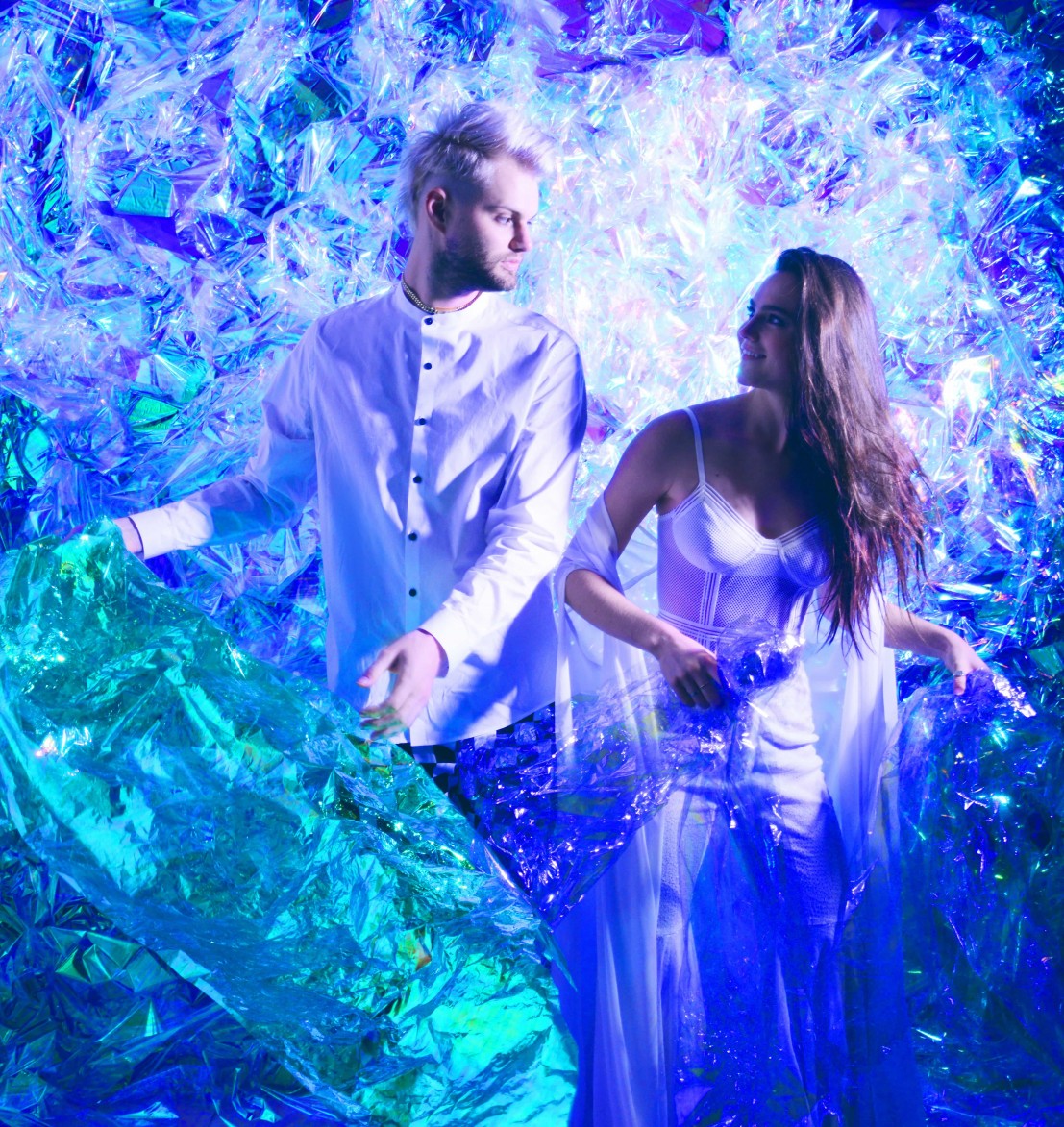 The duo’s live shows are as hyper-colourful as their artwork and music - full of dance moves and on-stage play, both Sophie and Tukker pummeling a central tree made of brightly painted books that trigger off samples. How important was it for them to create a performance that mirrored the energy and vibrancy of their music?

“With electronic music and only two musicians up there, obviously you can’t play all the parts at once, and you don’t want to because it won’t sound as good” explains Tukker. “So there’s this interesting balance between people wanting to hear the songs they love and also wanting it to be live and real.

"We want people to feel like they’re not just coming to watch two people on a stage, they’re coming to be part of a community and feel like the whole room is firing on the same frequency”

“We really wanted to physically enact the music. We really wanted to run around and hit stuff, so basically we thought of the book tree so we could be on both sides of the stage and interact with this thing that makes us stand up straight and be bigger rather than hunched over controllers. And also I’m really tall, I mean Sophie’s really tall, but I’m super tall.

“We really like to get the crowd involved, we really wanted to make it like one big dance party experience altogether rather than people going to watch a concert.”

Sophie continues, “It’s the most important thing. We want people to feel like they’re not just coming to watch two people on a stage, they’re coming to be part of a community and feel like the whole room is firing on the same frequency.”

Sofi Tukker are a band on a fast ride, but they’re not travelling solo. If they had it their way we’d all be conga-lining behind them, taking in every pulse and good vibration. They’re a band as passionate about their fans as their own future. How d’you like them apples?