Swans have been a vital fixture in experimental music for over two decades - and now Mute is reissuing White Light from the Mouth of Infinity and Love of Life, made available on vinyl for the first time since their initial release.

The band's seventh and eighth studio albums, out in 1991 and 1992, marked a shift from the pummelling severity of their earlier work and crystallised Swans' transition into mastering a different kind of drama and intensity.

Most of Swans' output up to White Light laid out the unspeakable and the taboo with uncompromising brutality. Frontman Michael Gira bellowed about violence, cops, murder, flesh, force, control, humiliation and sadism. When singer-songwriter Jarboe first joined Swans for 1986's Greed, that ferocity slowly began to soften, incorporating more orchestral arrangements and songs that weren't all-out no wave assaults. The major label release of The Burning World in 1989 was the clearest attempt by Swans to move away from that model to date, but it's worth noting that Gira lost a portion of creative control over the production of that album - and the band was promptly dropped from Uni Records as a result. It wasn't until White Light from the Mouth of Infinity that their new sound realised its rich potential: Gira exerted production rights for White Light and regrouped with an array of new instrumentalists and contributors that would form the unique direction of this era of the band. 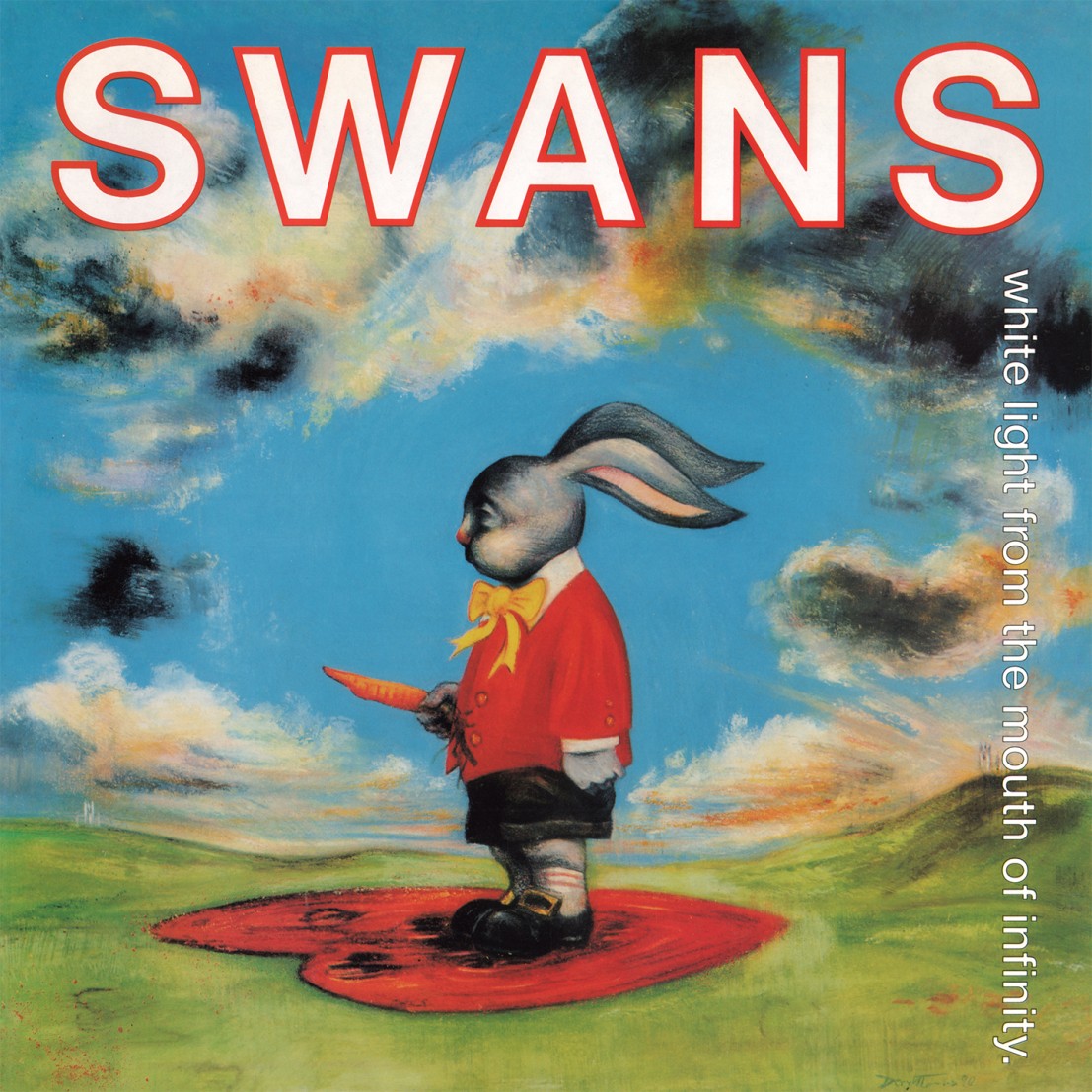 Thematically, White Light from the Mouth of Infinity looked inwards, touching instead on ignorance, failure, resignation, love, melancholy. Thanks to the lyrical nous of Gira and the songwriting talent involved, its lighter sound is no less soul-crushing than the martial drumming and thundering rhythms of Swans' earlier work. In contrast to the discordance that preceded it, White Light is less caustic - it conducts its offensive from a different path. White Light introduced a wide range of instrumentation to Swans' repertoire, including chiming bells, keyboards, banjo and the mandolin - strummed and picked acoustic guitars often replace the vicious noise and distortion that largely characterised the band up to this point. These punctuate quieter moments of minimalism and provide Gira's voice with more weight as he croons and hums rather than bellows and commands.

Hearing Swans indulge their pitch-black take on Americana - throughout, but particularly on the gloomy “Failure” - is a strange kind of treat that could be likened to watching a grand old building burn to the ground from afar: suffocating, overwhelming, beautiful in its way. By contrast, snippets from the upbeat “Song for the Sun” set out a little of what's to come on Love of Life, as Swans crept further into (comparatively) traditional approaches to songwriting. Though White Light thoroughly explores territories only previously touched upon, it does so flitting between invoking a sense of imposing grandeur and austere minimalism. Decades after its release, White Light still sounds contemporary and vital, cementing Swans' flexibility and scope for lofty creativity under Gira's direction, no matter the incarnation.

Love of Life is slower and softer still. Throughout, it's arguably more neo-folk than anything else by Swans before or since, embracing a relaxed pace, sweeping instrumentations and orchestral pieces, and broken up by nameless interludes that can sound as sweet as the samples they use strange. (“--- Pt.3” features a short story that ends with cracking a deer in the head with a rifle and tearing its heart in two, set to an echo-heavy guitar melody.) Each track is quite atypical for Swans and contributes to a feeling of Love of Life as an anomaly. On occassions it's warm and approachable, at others cavernous and frosty. Jarboe features heavily, singing almost ballad-like through “The Other Side of the World”, with reverb-laden shoegaze-style drums beneath. “Her” is possibly the most tender-sounding song Swans have ever released - until it is interrupted by a blast of noise. There were some hints at what's to come for the distant future of the band too, for example, the stop-start of Amnesia is more typical of Swans' contemporary work than the other material released at the time. 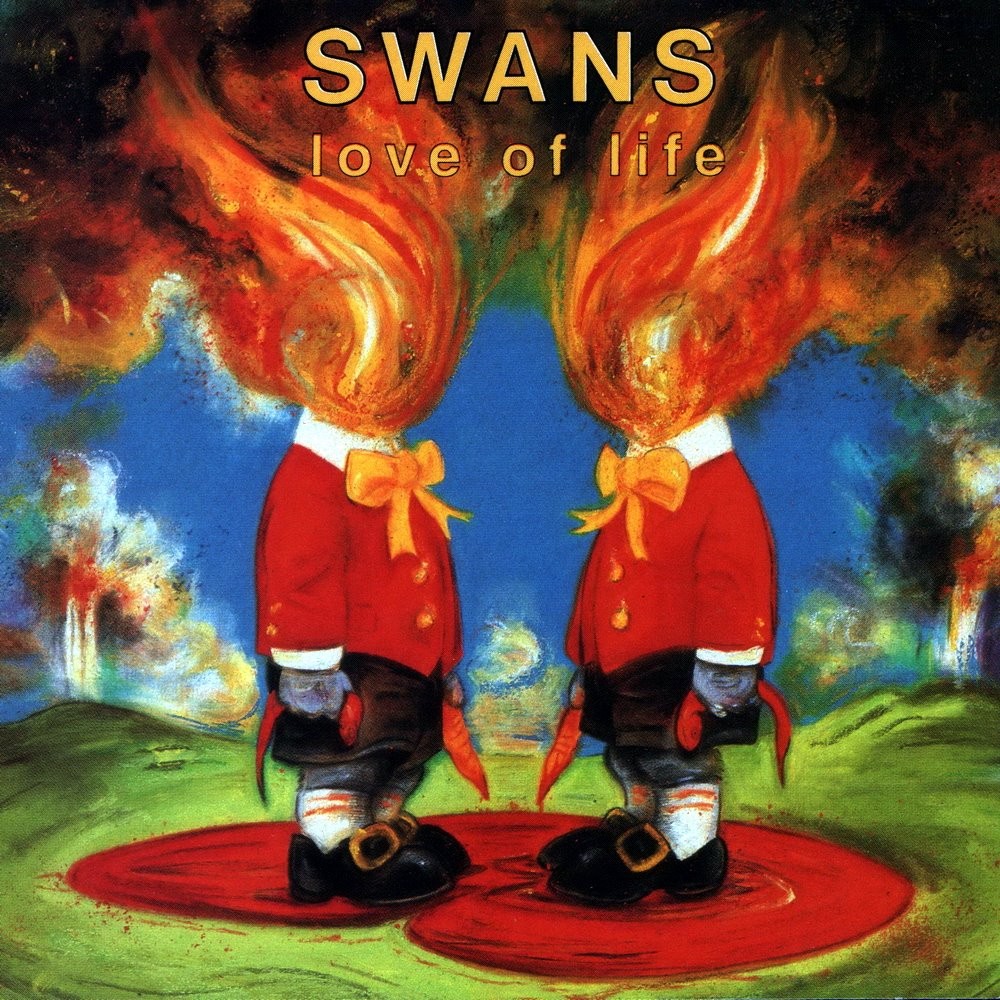 Love of Life doesn't fit easily into Swans' wider catalogue, and just under half of it was featured on the Various Failures compilation rather than made available through reissue. It is an unusual, surreal, dreamy, and uneasy package - something of a muted dressing down from the ambition of White Light. Although it might not be counted as the peak of Swans or even Swans in the 90s, Love of Life is a curious listen that will still find its fans in 2015.

The bonus disc is a collection of rarities, outtakes and live performances from this particular era that, while not exclusive to this release per se, are available together in an official capacity for the first time. Highlights include a spirited live rendition of “Mother's Milk”, the brooding “The Child's Right”, and “Love of Life (Long)” which presents an unrelenting industrial take on the titular song of that record.

Michael Gira recently announced that the current incarnation of Swans is working on their final album. Swans in 2015 is a loud, psychedelic hodgepodge of everything that came before, and this three-disc set will help to chart out who Swans were during this transformative period, and to navigate how they came to be what they are today. The albums may be poppier on the surface, but they’re all the more intriguing for it. That Mute is ensuring physical copies of both are in circulation again is nothing less than very welcome.