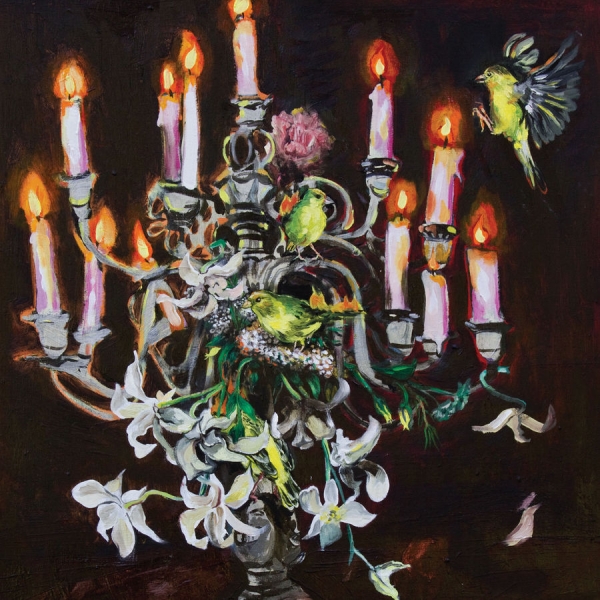 ​Ethereal might be the most overused word in the music critic’s lexicon, but it’s hard to describe the sound of Your Friend, the moniker of musician Taryn Miller, as anything else.

Gumption, her first full-length, is more expressionistic than her Jekyll/Hyde EP, but also richer in many ways. Nothing here is wasted, as every lingering note or movement across the fretboard, adds something to the tapestry.​

On Gumption, Miller teamed with Nicolas Vernhes, a talented French producer who helped engineer and mix parts of The War On Drugs' seminal Lost in the Dream, and while Miller's tunes operate in a much more macabre color palette, there's a pleasing texture to much of the album that's clearly influenced by Vernhes.

Miller asks for patience from listeners, but there are plenty of hidden treasures tucked in Gumption's sprawling soundscapes. Her Kansas roots play a large part in not just the album's release (it's released on 29th January, which is Kansas Day), but also its style. While the album has the trappings of indie bedroom alternative with its buzzy synths and haunting vocals, the pain and power behind Miller's voice on cuts like "Desired Things" and "Gumption" is reminiscent of a world-weary folk or bluegrass singer.

There isn't much variety in tempo, but Miller knows her strengths and empowers herself as a musician. She writes with an eye toward her live performances, and Gumption is the perfect album to let wash over you in an intimate venue.

Closer "Who Will I Be in the Morning" is a mesmerizing sunrise of a song, with Miller's lilting vocals echoed by a choir of robotic doubles. It, like much of Gumption, is about the emotion invoked. Ultimately, for as talented of a musician as Miller is, her greatest feat on her first proper LP is creating a distinct feeling and sense of place that's possible only because every element here works in sync.