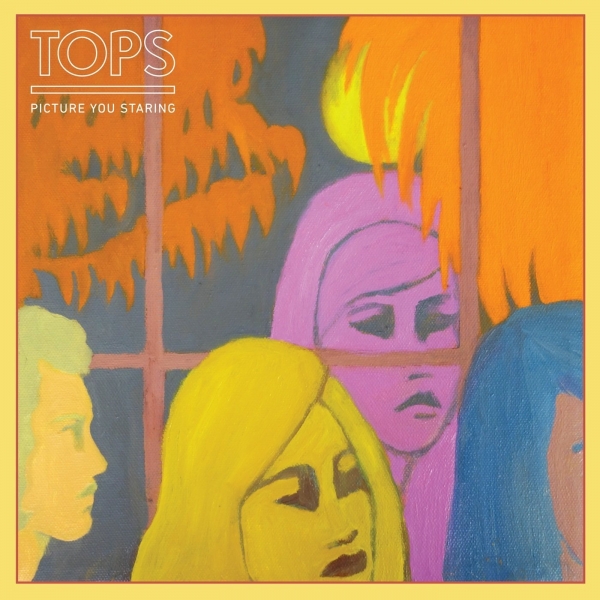 Thoughtful electronica is available in abundance right now. Sometimes, it can even be a bit too thoughtful - which is why it’s great to stumble upon a band who are able to marry ethereal, star-gazing textures with a playful, pop sensibility. Enter TOPS, who are returning with their second album. Marinated in the waters of 80s chart-toppers, Picture You Staring feels strangely familiar. You grew up listening to it, despite having bought it yesterday. The album’s palette draws on everything from Edwards & Rodgers productions of the era (think Carly Simon’s “Why”) to the Eurythmics and Simple Minds. ​

​Jane Penny’s understated vocals are seductively husky, like Melody Gardot whispering in the night. Occasionally treading the line between speech and song, there’s a slight echo of the languid vulnerability that Sade crafted to perfection – a slightly unexpected contrast when paired with the mid-tempo electro-pop songs that TOPS make their territory.

These restrained murmurings work to minimise the late 80s vibes that could potentially drown an album like this. “Outside” is the perfect example: it sounds like a slicker, updated Berlin 12”. Imagine “Take My Breath Away” without the perms and an with extra streak of aching existential angst. And minus Tom Cruise, which is always a plus.

“2 Shy” and “Change of Heart” are playful pop gems that could be dismissed as a bit of radio-friendly fun. Nothing wrong with that of course, but there is something about TOPS’ songwriting at its best that’s a little more substantial. Despite its seemingly bubble-gum flavoured opening, “Change of Heart” has at its heart an unsettling refrain of “why are you so afraid to face it?”. While the album pretty much always remains within the vicinity of electro and its greater metropolitan area, the way TOPS pair joyous melodies with a streak of wistful melancholy is reminiscent of the classic Motown formula: great tune + simple yet poignant lyrics = instant hit.

The two final tracks on the record, “Driverless Passenger” and “Destination”, are darker, more introspective, and hint at whole other side of the band not much explored in this long player. “Destination” has the feel of a NZCA/LINES single in it’s minimalist but brooding atmosphere. It’s almost cruel to tease us with tracks that show so much potential at the end of a record, but hey, ‘always leave them wanting more’, as they say.

Picture You Staring is the product of a band who have found a strong identity, with a sound to match. While there’s nothing in anyway groundbreaking here, what makes it so interesting is the fact that TOPS don’t just recycle familiar pop tropes, but somehow manage to re-articulate the musical landscape of one decade and revitalise sounds that feel all too familiar. And that makes it an album worth talking about.