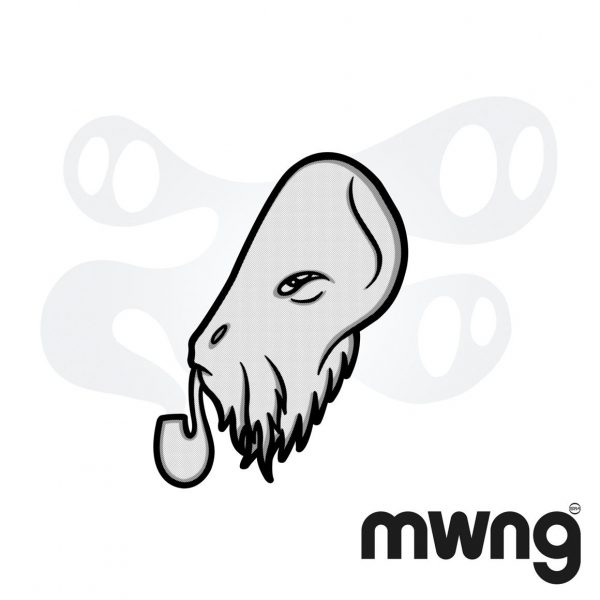 Having established themselves as true adventurers with their first three albums for Creation Records, Super Furry Animals did something astonishing with Mwng; they turned the volume down, sang in their native Welsh and, despite predictions of commercial suicide, made the biggest selling Welsh language album ever - Aled Jones, eat your heart out.

As a band they were hell bent on discovery and innovation, whether that meant buying a fully operational tank to take to festivals or pioneering live internet streams, and that’s why their getting back together to play some live dates is the least cynical reunion you can imagine. It's also the reason the 15th anniversary re-release of Mwng (which includes two live concerts and Mwng Bach) is the perfect record to herald their return. It placed them miles apart from their peers, both sonically in terms of the musical textures, and literally, given that it’s sung entirely in their native tongue.

There was the perception that they always sang in Welsh anyway, and in his superlative tome about Creation, My Magpie Eyes Are Hungry for the Prize, David Cavanagh writes a brilliant anecdote about the first time its owner Alan McGee saw them live. “McGee pointed out to them that their songs would sound better if they were sung in English. They looked at him curiously. ‘They were in English,’ one of them replied.”

In many ways the story of Mwng is implicitly linked to the demise of Creation. Whilst Super Furry Animals were universally adored by the label, they were viewed as its eccentrics when compared to the more populist hedonism of label mates Oasis. Yet Mwng proved that they were actually the most rock 'n roll band on the roster, and ironically this was a record written as the label itself was imploding and released on their own Placid Casual imprint.

It’s a celebration of the Welsh language which rails against its marginalisation. Given that the last time I can recall Welsh being used in UK pop culture was when the phrase “Blaidd drwg” (which means “Bad Wolf”, and is also a Super Furry Animal) was used in the first series of the rebooted Dr Who, they’ve got a point. Mwng was also a reaction to the expense and expanse of the hugely layered production of its predecessor Guerrilla and a desire to move to a more pastoral musical setting, going back to the Welsh language roots of their first release, the 1995 EP Llanfairpwllgwyngyllgogerychwyndrobwllantysiliogogogochynygofod (In Space), (which was also a record breaker, having the longest EP title ever). But unlike music made by other former Creation bands at the time, which veered from introspection to self-pity – check Oasis’s Standing On The Shoulder Of Giants - Mwng was a statement of vitality, revolution and ideas and showed that lo-fi didn’t mean low quality control, despite some critics at the time equating the rawness of the recordings to sounding unfinished.

But the music isn’t from Wales per se; the songs reflect their love affair with a slew of genres. “Ymaelodi Â'r Ymylon” is folk psychedelia, with its crazy, backwards sounding backing vocals evoking the giddiness of The Beach Boys “Cabinessence”. “Y Gwyneb Iau” could be lounge music, and was described by singer Gruff Rhys at the time as “some nice trumpets laid on a bed of the third Velvet Underground album, conducting an unlikely threesome with Gladys Knight and Nick Drake." Even at a slower pace than usual they retain that sense of panorama. In this sense they’re a modern day Neil Young, almost literally on “Nythod Cacwn” which sounds like a take on Young’s "Old Man". It’s not all slow placed by any means; “Dacw Hi”, written by Rhys in his teens, has a lovely, spangly guitar riff that comes from a similar place to Graham Coxon but is much funkier. The rhythm sounds like Funkadelic recorded in a barn, to which to all intents and purposes it was. It’s got that same sensuous groove that their masterful “Ice Hockey Hair” had.

Where they really come into their own is when things sound more foreboding. “Sarn Helen”, recorded in their keyboardist Cian Ciarán’s living room is the story of a road built by the Romans in Wales and is so eerie it wouldn’t sound out of place on The Wicker Man soundtrack. “Gwreiddiau Dwfn/Mawrth Oer Ar Y Blaned Neifion” is the wondrous closer and their own “This Is A Low”, such is the melancholy of the music. There are a further two versions of it on the Deluxe edition, a marvellous live performance from the John Peel Session at Maida Vale, which is topped and doubled in length on the take from the All Tomorrow’s Party concert which is a stupendous 15 minutes long - its finale is completely out there space rock, with an incessant rhythm, sampled voices and frantic trumpets.

The other extras on the deluxe version are a treat. “Y Gwyneb Iau” from the ATP live concert shows their deadpan humour, introduced by Rhys as “This is about people’s faces hanging off their heads, and it translates as ‘Hey You, Liverface’, obviously.’” Mwng Bach, originally an additional CD released with the US version, features earlier Welsh language songs from their back catalogue, including “Calimero”, the B-Side of “Hermann ♥‘s Pauline”, the delirious “Sali Mali” from the 1995 Moog Droog EP and the excellently titled “Trons Mr. Urdd” - which translates as “Mr Urdd's Pants” - reminding you of their experiments in mixing Glam Rock and Psychedelia.

What makes Mwng such a tremendous record is that if you’re a non-Welsh speaker you’ve not got a literal narrative of what the stories are being told here are, yet the mood of the tunes and the vocals leave you in no doubt as to what they’re trying to say - language barriers didn’t stop anyone knowing what Jane Birkin and Serge Gainsbourg’s “Je t'aime” was about after all. There’s fierce political raging at play and the re-release is pointedly coming out on International Workers Day. If you’re going to fall in love with a record that’s sung in an unfamiliar language, it has to sound enchanting. Mwng sounds so rich, so sorrowful yet so defiant - it’s a lesson in how to make less sound infinitely more.