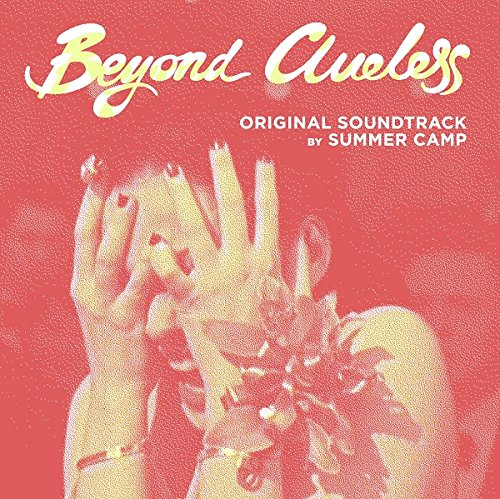 ​You know that bit in Mean Girls when Cady imagines all the kids at the mall in the context of an African watering hole? Well, Charlie Lyne has essentially decided to take that scene and make it into a documentary. Like a feature-length YouTube montage of the best bits from all your old favourites with extra commentary on the side, Beyond Clueless is an Attenborough-style analysis of the American teen movie. Lyne talks through why the genre has an almost inexplicable hold on the hearts of millions, even well after they have left the cafeteria and the sports field behind and the high school prom has been lost in the haze of memory (if, in fact, you even had one).

British duo Summer Camp provide the soundtrack to this exploration of our collective conception of the high school experience. It’s the perfect project for Summer Camp, considering that both band and director are masters of the montage, as a substantial chunk of Summer Camp’s previous material incorporates audio clips from vintage cinema. In their retro electro wanderings, the duo traipse their way across decades, from the 60s to the 90s, and their lyrics that often deal with topics that are also frequently broached in teen movies. For example: ‘why are you such a stalker?’,’ Am I going crazy?’ and – my personal favourite - ‘shit, that girl just threw up on her shoes’.

So, the Summer Camp sound is a perfect match for a project which is, undeniably, a nostalgia-fest. That said, perhaps the teen movies of the 90s and 00s evoke a nostalgia for a ‘past’ which only ever existed on screen and was never a reality, even if you did attend a Beverly Hills high school in 1995. The soundtrack, however, does contain some distinctly real, palpably brilliant material from Summer Camp. In many ways, it feels like their most sophisticated work to date - and not the Cher Horowitz kind of sophisticated.

The soundtrack interpolates audio from classic teen movies (such as the excellent rap from She’s All That on “House Party”) and the lyrics are also smattered with classic quotes and allusions: ‘drop dead’, ‘I hate you so much it makes me sick’ – it goes on. Each track on the Beyond Clueless album takes its queue from the classic set pieces of the genre – “Meet the Cliques”, “Spring Fling”, “Graduation”, “House Party” – and without fail, it’s Summer Camp’s music which injects the documentary with a touch of drama. From the melodramatic “Judgement”, with its ominous, gathering synths set to burst like a storm cloud, to the superficial breeziness of “Whatever” and the erotically supercharged “Swimming Pool” - which brims with adolescent lust - Lyne’s montages are perfectly matched at every point. But that’s not why you should care about this record.

With this album, Summer Camp have been given a framework, a concept to run with. What they’ve delivered is a record which displays their hitherto hidden depths. The Beyond Clueless album stands on its own merits; it is as much a soundtrack to your own memories/current experience of tennagerdom as it is to Lyne’s documentary.