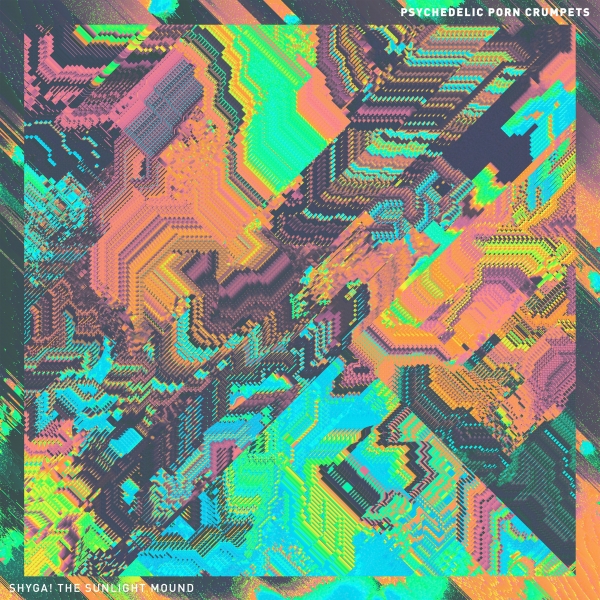 Formed in 2014, the Perth quintet have subsequently created all kinds of weirdness and psychotic fuzz in their deceptively concise and punchy sonic warfare. Their 4th record SHYGA! The Sunlight Mound continues to bring their ever-evolving psychedelic sound to new heights.

SHYGA is undoubtedly the Crumpet’s fastest-paced album to date with 14 tracks flying by with propelling force in just over 40 minutes – a stark contrast from their earlier records containing some 6–8-minute slower paced tracks.

The record kicks off strongly with the 1-minute intro “Big Dijon” followed by the excellent up-beat second track “Tally-Ho” which sets off the record to an extremely high speed filled with fuzzy immature guitar licks that sound like they’re from a Power Rangers theme tune, but that’s not a bad thing.

Vocalist and guitarist Jack McEwan spoke about the fast pace of the album stating: “I wanted SHYGA! The Sunlight Mound to be like a line of coke. You’re racing up on the first track, forever on a peak and then coming down on the last one.”

Whilst the fast-paced element of the record makes it some good fun, some of the tracks begin to sound a little bit indistinguishable in the middle, all featuring a very similar tone of vocals and that same Power Rangers guitar tone. Towards the end however, the tracks begin to have their own distinguishable features again, with “Mango Terrarium” and the closer “The Tale of Gurney Gridman” being the album’s highlights.

SHYGA! The Sunlight Mound is great fun if you don’t think about it too much. It uses some brilliant inspiration taken from '60s psych and prog rock and even some hints of '90s grunge. However, it’s difficult to not take notice of the sameness featured throughout the record that makes it that little bit duller than it could have potentially been.