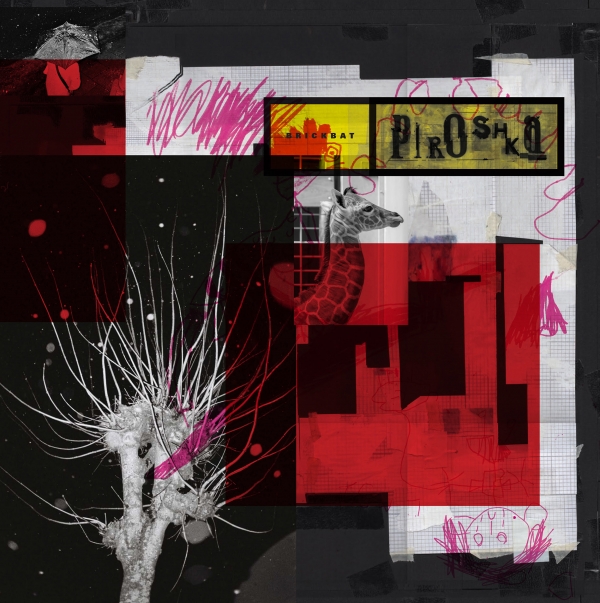 Instead of hanging up the guitar a couple years ago after a run of successful reunion shows and one more very fine EP for old times’ sake with Lush, Miki Berenyi let herself be talked out of rock retirement yet again, this time by former Moose guitarist KJ McKillop, former Elastica drummer Justin Welch, and Modern English bassist Mick Conroy.

The connect-the-dots of how these four came to form a band takes too long to draw out, but suffice to say that they are all pals, and Brickbat carries an appropriately overall jovial mood. “This Must Be Bedlam” walks in with a mix of Stray Cats strut and “Blank Generation” bounce, and Berenyi dives right into the pointlessness of online debate with humor and despair. Facebook-induced stress is a curious place to start, but you can’t say it’s not relatable. “This Must Be Bedlam” and the rest of Brickbat is animated and deftly assembled, but Piroshka’s sense of spontaneity keeps the album from projecting too much self-awareness.

The undercurrent of levity works to Brickbat’s advantage. It means that Piroshka can catch you off guard; that “Village of the Damned” can punctuate its bubbling stream with brash brass, that “Never Enough” can dance while “Blameless” ruminates next to it. It doesn’t mean that Brickbat is an unserious record. “What’s Next?” is a charged tune with a charged response to current political and social issues, one of a few on the album. Still, at the end of the day, as “Hated By the Powers That Be” so unattractively puts it, “For what are we but jelly and sticks/In a sack of skin just getting our kicks.”

The peculiar image of that couplet aside, there might be a hint to what fires Piroshka in this central track. “Do we accept our fate or do we stop the rot”; there’s nothing that life-and-death about playing in a band, but if you’ve got the means to contribute something positive, that’s better than the alternative. Brickbat is not an indulgent “supergroup” affair or a rehash of former glories (what would a Lush-Moose-Elastica-Modern English mashup even sound like?), it’s a chance alignment of classic alt-rock pedigree, on and of its own time.