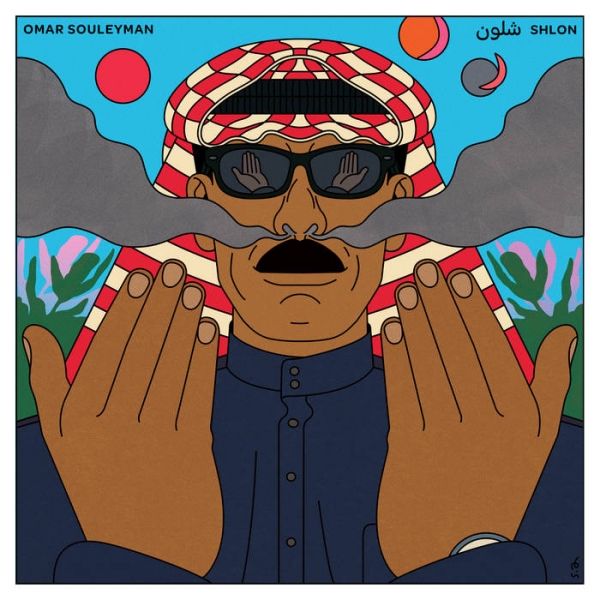 For a guy who’s released over 500 albums over the course of his life, Omar Souleyman still has a surprising amount of gas left in the tank.

He’s collaborated with Björk and Four Tet, but first began his career as a moderately successful wedding singer in his native Syria, before finding acclaim (and fame) via a Sublime Frequencies compilation in 2005.

His last record, To Syria, With Love, was his first for new label Mad Decent (run by Diplo, and thus home to Major Lazer), and it was a perfect summation of the sound he’d been developing since finding fame just before his country fell into the grip of a civil war that it is yet to fully emerge from. Even from his new home in Turkey, Souleyman has consistently driven forward his unabashed love of dabke (that infectious wedding-dance sound with the pounding rhythms and seemingly endless instrumental layers), and shown a willingness to splice it with various electronic styles from synth-pop to house, while his coarse, grainy baritone booms over the top. His uniquely fascinating voice, which is undoubtedly his most powerful weapon, straddles the divide between a street preacher and a punk rocker - think a Syrian Joe Strummer howling on a street corner and you’re close.

Shlon, his second album for Mad Decent, is heavy on the extended electro jams, and light on the respite. It’s only six tracks long, and all of the tracks are under seven minutes, but it often feels twice that length. Souleyman’s music has always been intense, but Shlon feels as though it’s been dry-aged, sun-dried and mummified – his voice seems rawer and wilder than ever, the electronics are fiercer and sharper than before, and each of these jams has a sonic gravity you would expect to find in a Berlin club at 2AM.

The title track, which opens the record, rides a monstrous groove, and Souleyman’s voice is swathed in harsh electronic reverb. “Shi Tridin”, which follows, ratchets up the intensity to euphoric levels, with each of Souleyman’s verses surrounded by vigorous instrumentation.

“Mawwal”, however, bucks the trend, by being one of Souleyman’s most tender, most loving songs yet. Despite my having no clue what he’s talking about, it’s obvious that he’s aiming for the heart. It’s a slower, more considered Souleyman – and it’s the only track here that’s not delivered with furious fervour. “3tini 7obba” is another experimental number, as it features an endlessly-shifting undercurrent, with synthesised approximations of traditional instruments now occupying every possible nook and cranny of air. It's a sonic marvel – packed to the very edges with detail and creativity.

If you’re new to Souleyman, this record is absolutely not the place to start – it's probably best to go back to his breakthrough record, 2013’s Wenu Wenu. But if you’re already this far into the review, you’ve probably figured out that this is just another feather in his keffiyeh.