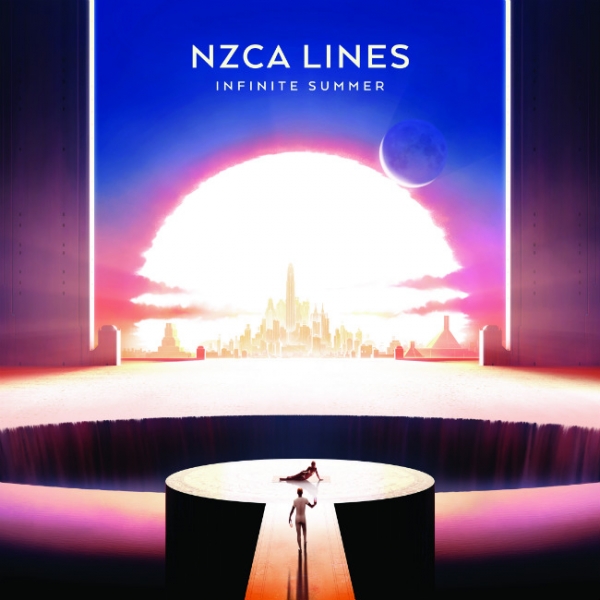 NZCA LINES are back - and this time, there’s three of them. Originally the brainchild of Michael Lovett, the ranks have swelled to encompass Charlotte Hatherley, former guitarist with Ash, and Sarah Jones, who brings serious electro-pop credentials, having played with NYPC and Hot Chip.

2012’s eponymous LP made waves. Remember the minimal, mercurially delicate sound of  “Compass Points”, and the brooding, voyeuristic “Okinawa Channels”? The later track stands as testament to Lovett’s skill as a songwriter, if only for the fact he managed to make reading out a misdialed phone number seem strangely sexy.

While the NZCA LINES aesthetic is distinctly polished, the surreal nature of Lovett’s lyrics puts him squarely in the camp of sci-fi geekdom, with a fetishistic fondness for technology, if  “Base 64 Love”  is anything to go by:  “If you’re out tonight, I’m formatting my hard-drive into FAAT 32. Maybe we could, maybe, play with the cables…?”

“Approach” provides a symphonic overture to the album, with narration (in French, naturally) describing the state of a world half-barren, with desserts which hold strange objects, the ruins of civilisation. This sets the scene for what is to follow; an LP which centers around the premise of a world teetering on the edge of extinction, as the sun slowly dies. This is Lovett’s grand concept.

The NZCA LINES trio have done a great job of creating a sci-fi soundscape: “New Atmosphere” could soundtrack a Philip K. Dick novel, and  “The World You Have Made For Us”  is an expansive meditation on finitude and futility.  Yet, you don’t have to buy into Lovett’s dystopian fantasy to see that Infinite Summer is a great piece of pop.

“Two Hearts” is an 80s-inflected gem, swinging between the wistful and the euphoric, you could file it next to likes of Hot Chip and Simian Mobile Disco. “How Long Does It Take” heaps on the retro-pop clichés - it could be a  b side by The Jets.

“Sunlight” is a classic NZCA LINES cut; building slowly from its languorous opening to a quietly seductive chorus, its RnB borrowings bring out  the much-discussed influence of Aaliyah on Lovett’s vocals, hushed and desirous. “Chemical is Obvious” and “Persephone Dreams” are similarly uncanny and alluring.

Though Infinite Summer might tell the tale of life in the last days, NZCA LINES don’t need a grand conceptual scheme to support their songwriting. Impending apocalypse aside, Infinite Summer still proves itself to be a record of substance.