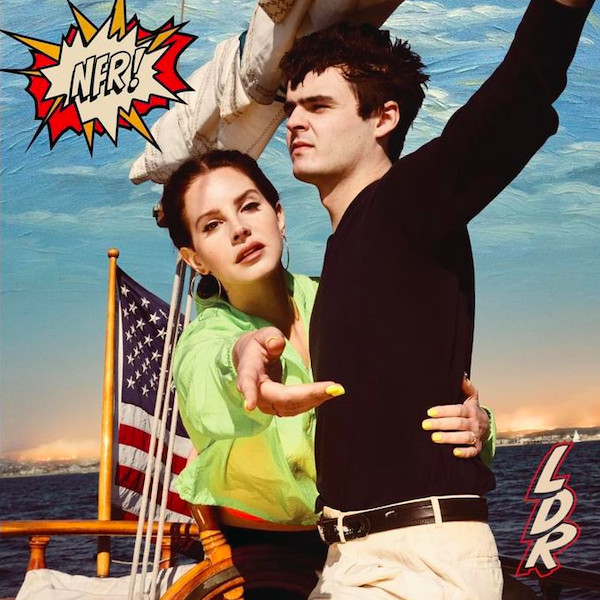 No individual figure within contemporary music embodies the idea of the baroque more than Lana Del Rey. A walking contradiction, her work exposes the paradoxes at the heart of pop music, with the singer courting as much criticism as she does cult-like reverence from her followers.

Often labelled as a ‘miserablist’ (a categorization that feels offensively restrictive for an artist of Del Rey’s calibre) it seems fitting then that the singer’s latest album is titled after Norman Rockwell, an artist infamous for his idealized, nostalgia-infused portrayal of white Americana. On some level, it serves as a response to Del Rey’s detractors - detractors who would be more than happy to label the singer as ‘Rockwellesque’, albeit at the other end of the homogeneity spectrum.

Unlike Del Rey’s past work, Norman Fucking Rockwell sees the singer walk the fine line between tragedy and comedy. Emotional turmoil is funnelled through a steady, slow-burning psychedelic rock sound, most notably on the languorous and contemplative “Venice Bitch” (“You’re in the yard, I light the fire / And as the summer fades away / Nothing gold can stay”).

References to California are peppered across the album, such as on the title track – a seriocomic portrait of a “self-loathing poet, resident Laurel Canyon know-it-all” – as well as on “The Next American Record” (“Topanga’s hot tonight, I’m taking off my bathing suit”), a tender, heart-warmingly romantic vignette. Hollywood is notably kept at a distance; the singer is finding meaning in the everyday.

Nonetheless, the album is as allusive as the rest of Del Rey’s discography; Robert Frost, Sylvia Plath, Slim Aarons and Stephen King are just a few of the notable individuals both subtly and explicitly referenced by the singer. Unlike her past work however, there’s a care and precision to her lyricism; most of the time, Del Rey strikes a balance between her trademark melancholia and her newfound energy. The result is simple; each song paints the portrait of an artist whose emotions are in flux, though at times this approach adds a level of monotony to the record. And whilst the album isn’t as explicitly political as one might have expected, there’s something to be said for the subdued feminism on tracks such as the excellent “Mariner’s Apartment Complex” (“You’re lost at sea, then I’ll command your boat to me again / Don’t look too far, right where you are that’s where I am / I’m your man / I’m your man”).

Lana Del Rey has never been so enigmatic.