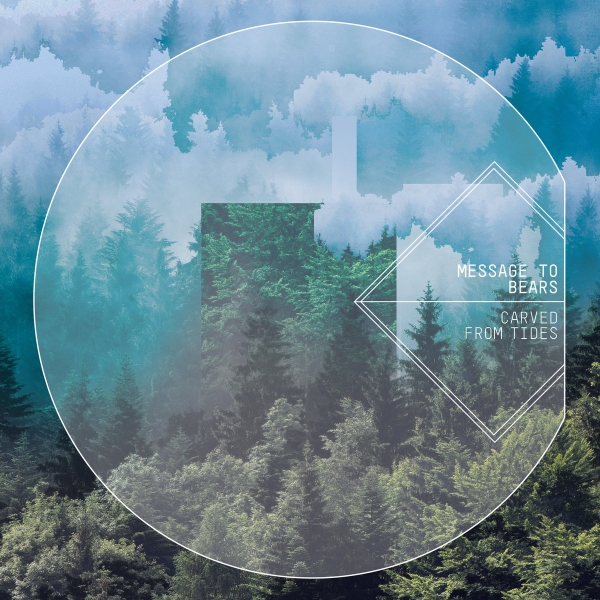 Carved From Tides, the fourth album by London based multi-instrumental Jerome Alexander, once again finds his skilled hand stitching together a wondrous cosmos of sound through tender compositions and dextrous musicianship.

Back in 2009, with the release of his debut Departures, Message To Bears was primarily an acoustic instrumental project, but with each subsequent release Alexander has grown in confidence as a songwriter and vocalist. Alexander’s seductive, softly spoken vocals feature prominently on this new release, adding an additional instrumental quality usually drenched in reverb. The album also features Will Samson delivering a high-pitched, Bon Iver-inspired performance on  lead single “I’ll Lead You There”, as well as Alexander’s sister Gemma providing luscious harmonies on the gorgeous “Spin/Float”.

There's plenty to love on this album:the beautiful, swelling string arrangements, the glitchy electronics which provide a warm percussive hum; the droning ambient synths which collide and intertwine with violins in a loving embrace; the beautiful orchestra of natural and digital sounds.

Alexander recently collaborated on the soundtrack for the documentary Planetary, a stinging criticism about human influence on the natural world, and you can hear his sympathy for mother nature in the pastoral beauty of tracks like “Blossom” and “Beneath Our Snow”. “They Ran” offers one of the most aurally pleasing moments Carved From Tides, with ambient reverse tape loops morphing into a track peppered with cinematic strings, skittering synths and subtle swells of slide guitar.

Leaving the most poignant numbers for last, “When You’re Gone” thrusts Alexander’s vocals to the forefront, exposing a vulnerable human voice flanked by warm electric piano keys, sighing strings and bright guitar chimes. “Hold On” plays out the album with a saxophone led instrumental which builds layers of synths and keys, ending with an emotional and delicate crescendo.

Carved From Tides is proof that Message To Bears are getting better and better. Alexander has crafted a sound and musical voice entirely of his own, an artist whose music has been nurtured to reach the distinct qualities heard on this exquisite release.