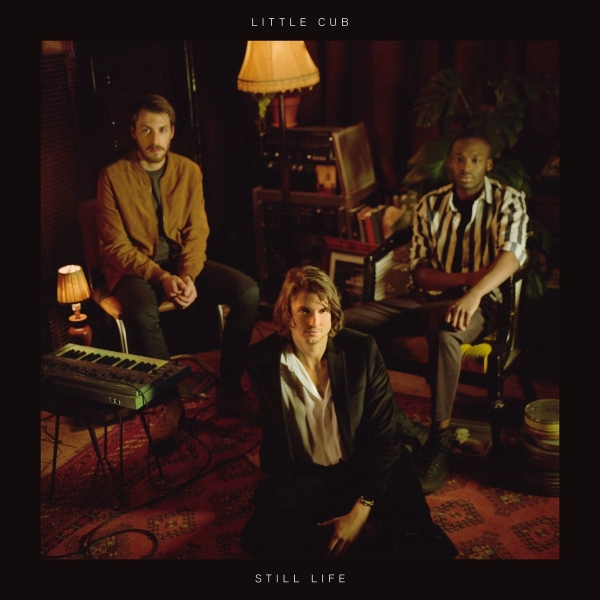 A refreshingly honest record brimming with English jest and thoughtful electronic musicianship, Little Cub’s first shot at an LP holds a confident consciousness of modern reality, no matter how bleak it may be.

“You’ve been caught out wanting something shameful” deadpans Dominic over synthy bassline on closing track “Television”. The line just might summarise Little Cub’s dystopic debut which spans themes of moral degradation and personal as well as ballot box politics, Gore’s songwriting sensibilities evidence of a primary passion for literature, having been influenced by greats such as Wilde and Larkin on tracks which initially began as poetry.

This record’s most contemplative cut comes in the form of “Hypnotise”. Driven in true indie mentality by a looped drum-roll and a niggling hook, the track is a gaze at corporate corruption, a perceptive view on politics which pronounces an unresolvable plague of inequality; a widespread incentive to protest but a lack of self-awareness. Apt, perhaps, in times where politics persists via the safety blanket of social media.

A highlight can be marked at the outset with single and opener “Too Much Love”; an ode to today's lack of generosity in human interaction. Enduring over glistening pulses of production, the track builds in house stamina to a climactic synth-pop dance beat. “And if I had to ask a personal question / I’d probably ask you what you wanted to drink”; Gore presents our generation’s lack of emotional commitment via a male bravado and this is achieved poignantly throughout with sincerely thoughtful lyricism.

The triumph of Still Life relies heavily on its ability to cultivate a type of melancholy which still manages to persist over a dynamic pop proficiency. This is achieved exceptionally well through the nocturnal groove on “My Nature”, growing synth chords backing a lyrical consciousness of distrust and the unsimplicity in desire – “your pleasure is paid for by another heart”.

There’s an undeniable charisma on this album and it stems from the detached wit of Gore’s vocal which delivers relatable, yet brutal sentiments backed by the band’s shimmering production work – a winning formula, so it seems.

Masking our flawed humanity with flawless electro, the South London trio fork over a delicious portion of pessimistic pop, drizzled in scrumptious synths and glorious electronic production, but bypassing a sugarcoating of over-hackneyed hedonism.