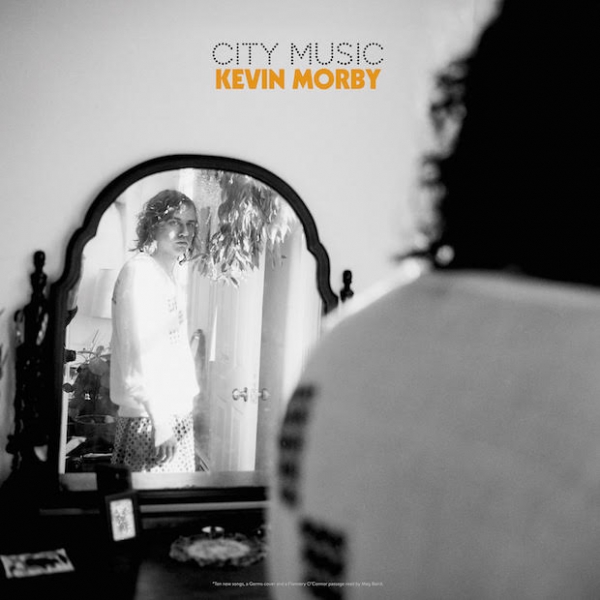 Kevin Morby has been making serious waves as of late. Following the release of his debut, Harlem River (2013), he has consistently gathered momentum with each release; his last LP, Singing Saw (2016), particularly catching the eyes and ears of critics worldwide who began branding him as a “young, gifted songwriter with a kind face and a complicated mind.”

With his latest instalment, City Music, Morby has compiled another outstanding selection of songs; a breadth of material ranging from slow, bluesy ballads to tasty surfer rock and mellow, folk-infused numbers.

The 29-year-old is no stranger to the music industry, in fact, he’s already somewhat of a veteran having accompanied numerous acts (Woods, The Babies), and jamming within New York’s music scene from a young age. Travelling through America from the mid-2000s onwards, he’s seen a lot of things and has used his time efficiently to develop and master his craft. It’s only in the last few years, when he finally chose to pursue his solo career, that he revealed what an exceptional musical talent he really is.

It takes a lot for an artist to grab your attention when they compose by means of tried and tested chord progressions and song structures that have already been used in excess; particularly in the open and unabashed manner that Kevin Morby does. It’s this fearless honesty, however, that makes his music so encapsulating and enthralling, and it has been evident from the off that he has a clear vision and direction in which he wants to take his music.

City Music clocks in at a comfortable 49 minutes with 11 tracks that lead on nicely from the preceding and critically acclaimed, Singing Saw. Produced by Richard Swift in an identical fashion to its predecessor, the record has a nostalgic lo-fi feel in certain areas; particularly Morby’s vocals on "Crybaby" and "Dry Your Eyes". He cites Lou Reed as one of his biggest influences and it is on tracks such as these where you can almost feel The Velvet Underground frontman’s voice speaking through Morby like some weird, ghostly trajectory. Similarly to Reed, Morby avoids the use of perfect diction and syllabic phrasing, opting for a more personally-felt approach. With the nature of these tracks, it works perfectly.

Opener "Come To Me Now" has a melancholy feel incorporating distant, reverberated instrumentation; including an old pump organ from the 1800s. The organ wasn’t necessarily intended to make an appearance, yet after several days of experimentation and its sheer magical presence in the studio, it somehow crept onto the final recording. Morby explains further, “I wish I could remember the brand—but I don’t. This was my favourite part of recording this album, playing this thing and pumping air into it with the foot pedals, it had such a presence from the moment I entered the studio.” When listening back, one could argue that the organ makes the track, with its soft padding that reflects Kevin Morby’s sleepy, solemn vocal tone as he croons about solitary life and lost cities.

"Aboard My Train" takes the level up a notch, gradually climaxing while never escaping its I-V progression. As instruments are introduced, the overall timbre and texture becomes distorted and exciting, with staccato pianos and wailing guitars courtesy of Meg Duffy. Here we can clearly hear Morby vocally channelling more of his fundamental musical influences; Patti Smith and Bob Dylan. As he occasionally screams in his lacklustre tongue, the track builds and builds, reminiscent of The Velvet Underground’s “I’m Waiting For The Man”.

Kevin Morby’s rendition of LA punk cohort Germs’ "Caught In My Eye" sounds like something by the Allah-Las with its sexy, laid-back groove and Americana-esque orchestration. Alternatively, the driving force of "1-2-3-4" pays homage to poet Jim Carroll and the Ramones; Morby chanting, “Joey! Johnny! Dee Dee! Tommy!” before closing with, “They were all my friends / Then they died!”. "Pearly Gates" provides some dreamy vocals throughout the chorus, a picture-postcard of Morby’s past experiences presented through a Western perspective, while "Night Time" is a beautiful word-painting of Morby’s evening strolls through a city he admires and his longing for its reciprocal love; “Turn me on / Don’t turn on me.”

City Music is, without fail, one of the most quintessential albums of the year so far. It is the first time Morby has completed a solo project with the accompaniment of his touring band, yet this works a treat and makes complete sense since the ensemble had developed a “language of musical family” while on tour around Europe. As a result, we have a tight and refreshing body of material that engulfs the listener and takes you on multiple journeys around cities close to Kevin Morby’s heart.