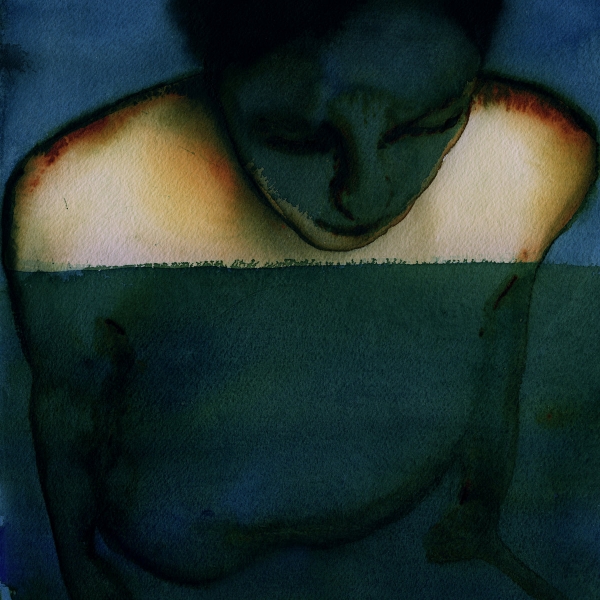 Music pillared by the good ol’ combination of guitar, drums, bass, and occasional synthesizer is tried and true, but it hardly transpires in anything miraculous when spirited by faux revivalism or insincere minimalism.

We're swimming neck-deep in this byproduct – a generation of music listeners defined by the quick-bit, bedroom pop bop that can be cut up to backtrack a viral dance or shared generational trend. Not all of it is bad; some of it is full of merit even. But there's an overwhelming lack of innovation and drive in the realm of indie rock or whatever genre/label next of kin you want to throw around, that hinders the possibility of experiencing something never before heard.

Guitar music – or whatever you want to call it – is at its most impactful and memorable when you can't tell what's producing the amalgamation of sounds. It's an approach that made bands like My Bloody Valentine such a draw in the '90s, and still to this day. Aside from the apparent shoegaze parallels, Just Mustard make music likewise, where its sum cannot be reduced to its bare parts, and that's the case on their latest record, Heart Under, the band's first since 2018's Wednesday.

From the get-go, the album's sonic weariness makes it complicated to tell what's really going on, where you are, and of course, what you are hearing. The effortlessly stirring "Still" full of swelling strings and a rumbling bass providing heft beneath, blankets listeners with a mourning rain that pixelates upon contact, then disintegrates — way to the siren-like voice of front person Katie Ball to bring about faint clarity.

Deeper into the aural maneuvers and illusions of Heart Under, the aptly-titled "Sore" tricks listeners into the feeling of being thrown around inside the heart of a hurricane — with debris and rain brushing against the ears — unknowing that it's just a wall reverbed guitars looped into despondent oblivion.

Similarly, the brooding doom of "In Shade" pushes listeners deep into a valley of indecipherable roar and clamor, disorienting listeners further as wailing synthetic screeches are heard from afar. It's a paranoia-inducing moment from Just Mustard — so much so that listeners might feel pushed to the edge of a towering cliff, grasping at a malnourished bundle of twigs that once resembled a bush to the right of them, to keep from falling over into the track's cacophonous void that lies below.

Amidst the record's scowling noise and swarming totality, the consistent knock, pitter-patter, or clash of Shane Maguire's drums keep listeners tethered to some semblance of reality, while Ball's ethereal voice enacts as the beckoning guiding light that airlifts listeners from the disorienting void they've been thrown into. Even when she utters lines like "Lost for a second / In the silence that's staring back" on "Mirrors" or mourns "…I have been / Going backward, still sitting" on "Still", Ball's voice emerges from her own pit of chest-tightening anxieties to be redemptive daybreak.

It's easy to get sucked into darkness and despair, Heart Under proves that so, but thankfully, Ball's voice oversees that listeners only merely toe into these bottomless, murky waters.

Admittedly, the decidedly blue atmosphere of Heart Under can be a bit one-note, albeit seldomly. However, it still frequently froths from lips, almost unceasingly, with the type of music you wish more post-punk revivalists, bedroom pop darlings, and even some shoegaze traditionalists would aspire to make more of. I love diving into some Julien Baker or even Fontaines D.C. as much as the next person, but what I would give to hear extraterrestrial sounds, like those of Just Mustard on Heart Under, shapeshifting through my ears more often.